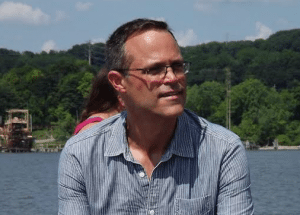 The Hudson River Sloop Clearwater announced on July 19 that it has named Greg Williams as the organization’s first executive director in more than two years.

The organization’s director of human resources, Amy Larson Bonder, has been acting as executive director since the departure of interim director Dave Conover in September. Conover had taken over in March 2016 following the resignation of Peter Gross after 18 months in the position as the organization struggled with its finances.

Williams, 50, who grew up in Croton, recently moved back to the Hudson Valley from Seattle. He has a bachelor’s degree in government from Dartmouth and a master’s in business from the University of Illinois at Urbana/Champaign.