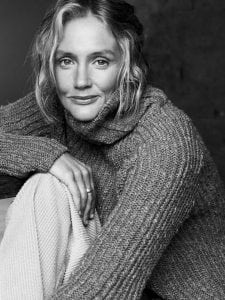 She was born in Seattle on Jan. 26, 1951, the daughter of Reid and Gertrude (Maple) Miller. Her parents moved to Fremont, California, when she was young and she grew up there. Soon after high school, she married a photographer, Leonard Joseph, and they moved to Alameda, California, where she began working as a makeup artist on his shoots. The couple later divorced.

Over the next few decades, Cindy worked as a makeup artist for supermodels such as Cindy Crawford, Naomi Campbell and Christy Turlington.

Her life took a turn when she was 49. She was stopped on the street in New York City by a casting agent who asked her to pose for a Dolce & Gabbana advertisement. She subsequently signed with the Ford agency and became a pioneering “mature” model, appearing in ads for Olay, Ann Taylor, Elizabeth Arden and other companies.

In 2013 she married Bruce Kocher, who survives her. The couple moved to Philipstown from California shortly before their marriage to be closer to friends and family on the East Coast. In a video posted in 2013 as part of a series she called “Saturday with Cindy,” Joseph gave a tour of the 118-year-old Victorian they purchased on East Mountain Road.

Besides her husband, Cindy is survived by a son, Bo Joseph; a daughter, Julia Joseph; two stepsons, Tim Kocher and Bruce Kocher; a brother, Greg Miller; and four grandchildren. 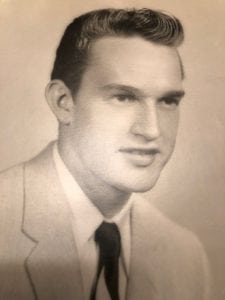 Doug graduated Haldane High School in 1957 and attended Syracuse University on an athletic scholarship. He was a manager at IBM in East Fishkill for more than 40 years before his retirement.

Doug is survived by his children, Tracy Taft of Poughkeepsie and Kim Verzi of Beacon; his companion of more than 50 years, Jane Tracy Frisenda; her daughter, Diana Reynolds; his grandchildren, Lindsey Taft, Robert Taft Jr., Ian Taft, James Verzi and Joseph Verzi; and his son-in-law, Robert Taft, of LaGrange.

Friends may call on Friday, July 27, from 5 to 7 p.m. at Clinton Funeral Home, 21 Parrott St., in Cold Spring. Interment will be private.