Does placing a document in a display case give it a veneer of authenticity? If it’s in what looks like a historic volume, must it be true?

These are two of the questions conceptual artist Theresa Gooby asks in her latest series of work, a selection of which appears in Zoology, a group show at the Matteawan Gallery in Beacon that runs through Aug. 19.

On yellowing pages of ancient volumes, with remnants of spines attached, Gooby shares extinct rarities such as the Whip-Tailed Tarsier and the Pangojay, a scaled and beaked curiosity. Unfamiliar? Peer more closely. 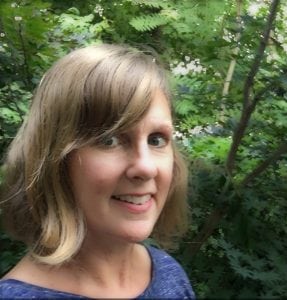 According to Gooby, the books were created by Cornelius Lazarus, a 19th-century industrialist from Joliet, Illinois, to entertain his children. Gooby first presented the works at an exhibit in New Haven, Connecticut, that asked artists to “explore the too tidy distinctions we make between reality and illusion, fact and fiction, history and myth.” She took hybrid animals she had constructed and transferred them to old books, then invented a backstory. At the gallery, ArtsSpace, she placed the books into a glass display case.

“If it’s presented in a historical way, people don’t challenge it,” she says. “There are many different ways to look at history, yet it’s often given such a narrow focus. I started to investigate the idea of nostalgia and the fiction our own memories create.”

Gooby says she began her artistic career as a photographer but found “it felt finite. I wanted to explore beyond the two-dimensional. I decided that if I included photography as part of a larger body of work, the conversation could be infinite.”

The artist grew up in Northern California and lived in San Francisco for 20 years, where she earned a graduate degree in new genres from the San Francisco Art Institute. Students could work in any medium and genre, including conceptual art. 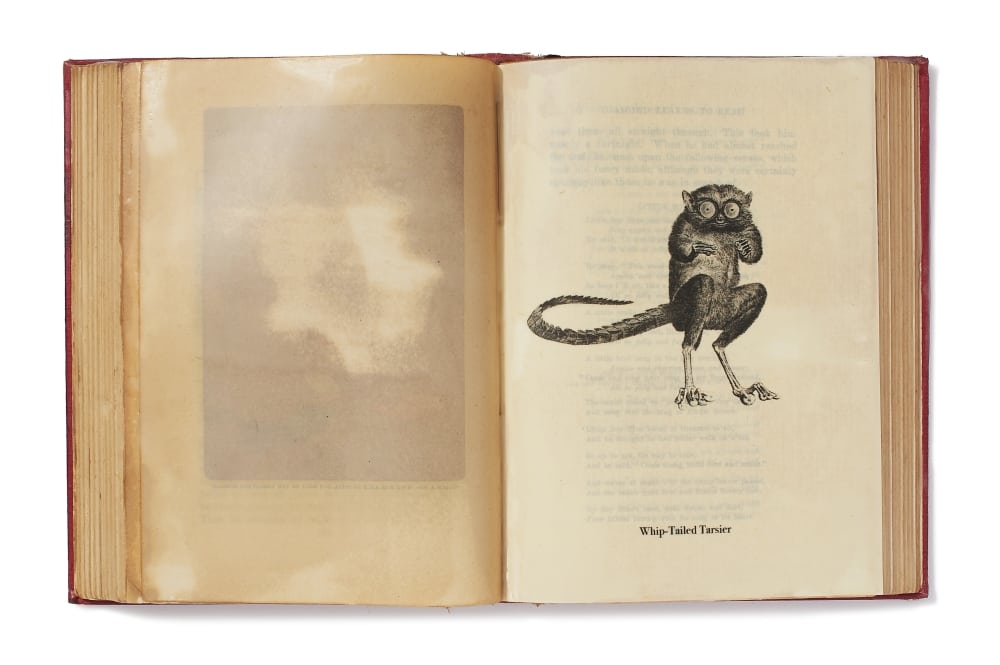 The “Whip-Tailed Tarsier” inserted into an old book

Among the works Gooby has completed are “Filter,” in which she suspended more than 2,000 paper napkins in a sculptural array. “I started it shortly after my son was born,” she says. “There’s a direct reference to the domestic life I was living. It was almost Zen-like. I’d go to the studio, mindless, and it flowed. It was one of the big, laborious, conceptual pieces I did.”

Later there was “314 River Drawings,” one for every mile of the Hudson. “I looked at Google Earth satellite images of each mile and drew each without looking at what I was doing, like one does in ‘blind’ drawing exercises,” she recalls. “They’d turn out to be squiggly. I did them on vellum paper, which is kind of clear, kind of not — like the Hudson.”

She moved to Brooklyn from California, and then, 12 years ago, she and her husband, who is a photographer, came to Beacon about six weeks before their son was born. She was pleased to discover the many artists who lived in the city, and in 2008 founded the annual Beacon Open Studios weekend modeled after what she had seen done in San Francisco. (Although no longer involved with Open Studios, Gooby sits on the board at BeaconArts, which sponsors the spring event.)

Zoology also showcases the work of seven other Hudson Valley artists, including Deborah Davidovits, Kirsten Kucer, Chantelle Norton and Melissa Schlobohm from the Highlands. The Matteawan Gallery, at 436 Main St., is open Friday, Saturday and Sunday from noon to 5 p.m.