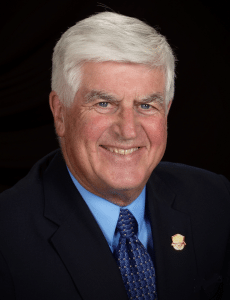 In 1938, when I was 3, my father was hired to rebuild bridges in upstate New York after a hurricane. My first memory is being on a bulldozer with him. I didn’t think about that again until 1980, when I was teaching at Union College [in Schenectady] and we were rebuilding a bridge built by Squire Whipple. I knew nothing at all about 19th-century bridges or Whipple and I got interested in bridge history. I’ve restored maybe a dozen pedestrian bridges in the last 30 to 40 years, so there’s not a big market, but I’ve probably done more of the 19th-century bridges than anybody. I’m working on the Town of Claverack Bridge, which is a two-span Whipple bowstring truss.

How do you begin?

I photograph the bridge to get a close look at all the connections, the pins, rivets and foundations. From that I work up a plan and a budget. Sometimes I’ve done the work myself with help from family and friends, and other times I’ve supervised.

How are the Beacon bridges?

Bridge Street has more historical significance than Tioronda, which was a dead end from an engineering standpoint. This guy, William Rezner, got a patent for a tubular-arch bridge and formed the Ohio Bridge Company. It existed for about three years and nobody picked up on the design. Bridge Street was a Whipple bridge. After he designed his first bridge in 1853, his truss design became almost a standard for railroad and some highway bridges until about 1890. Your bridge down there was built in 1879, so it is one of the oldest of its kind. It was made with wrought iron and cast iron, which are resistant to corrosion, unlike steel. You leave steel outside for 140 years and you won’t have much left. 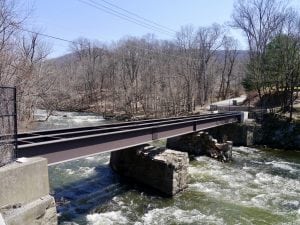 How long does restoration take?

Once the money is available you can do a project like these in less than six months. There are two ways of doing it: You can fix the bridge so it looks like it did when it was built or you get it good enough to be safely used. It all depends on funding. Tioronda will be a more difficult project. I’ll have to spread out all the pieces and see what you have. I’m hoping to find an arch that can be restored for display or two arches that can be used for a pedestrian bridge.

How close to the original can you get?

Welding wasn’t extant when these bridges were built, but sometimes to make them safe we have to weld. We have to replace rivets with bolts. But the finished product will be almost all-original fabric, and structurally it will be the same. We’ll just use modern construction techniques. If it’s done the way it should be, the Beacon bridges should last 100 more years.