Scenic Hudson has purchased 1,178 acres around Lake Valhalla for $12 million to preserve it from development, the nonprofit announced on July 21.

The acquisition straddles the towns of Philipstown and Fishkill, encompasses most of Scofield Ridge and includes forest, rocky slopes, wetlands and streams. It also includes the lake, which was created by a developer in the 1920s by damming a nearby brook.

In a statement, Scenic Hudson President Ned Sullivan said the property has been one of the organization’s conservation priorities for years. Adjacent to the Hudson Highlands State Park Preserve, it is part of one of the largest intact forests in southeastern New York.

The purchase was made through a Scenic Hudson affiliate, Slopeline LLC, and funded in part by the Doris Duke Charitable Foundation, the Lila Acheson and DeWitt Wallace Hudson Valley Land Preservation Endowment, Fred Rich of Garrison and other donors.

“A significant portion of the Lake Valhalla property surrounds the Cold Spring reservoir system, so its conservation is very positive for the village water supply,” noted Michelle Smith, executive director of the Hudson Highlands Land Trust. “Another portion drains into the Clove Creek aquifer, making it important to water supplies for Philipstown and Fishkill.”

The property also was the priority in an open-space preservation plan prepared by Philipstown in 2007, said Max Garfinkle, the town’s natural resource officer, who grew up near the lake. He said the area has “high ecological value” because of its diverse plants and wildlife. 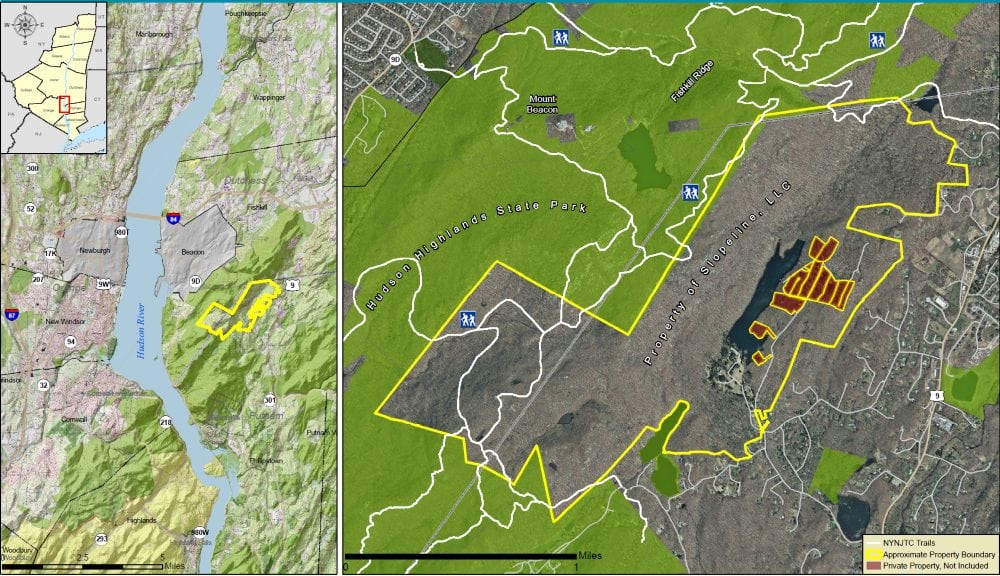 A map shows the boundaries, in yellow, of the land purchased at Lake Valhalla. The small area in brown is private property, and the white lines are trails. Click to enlarge. (Scenic Hudson)

The purchase included a home and estate known as Valkyria built by the developer, Ludwig Novoting, after he bought the property in 1928. Steve Rosenberg, Scenic Hudson’s senior vice president, said the Poughkeepsie-based organization may sell the home and parcel to a private buyer.

Rosenberg declined to comment on a 2017 lawsuit filed by the Lake Valhalla Civic Association against the previous owners of the property, Silver Point Capital and BMR Funding of Greenwich, Connecticut. Scenic Hudson was not named in the suit but abandoned an earlier attempt to buy the property after it was filed.

Paul Kaye, vice president of the LVCA, said at the time that the suit was intended to establish that the owners of 58 homes in a planned community known as Valhalla Highlands “enjoy an ownership interest in the lake and other lands surrounding the community.” Novoting constructed the homes as summer residences that he sold during the Depression to New York City residents. Most today are occupied year-round. 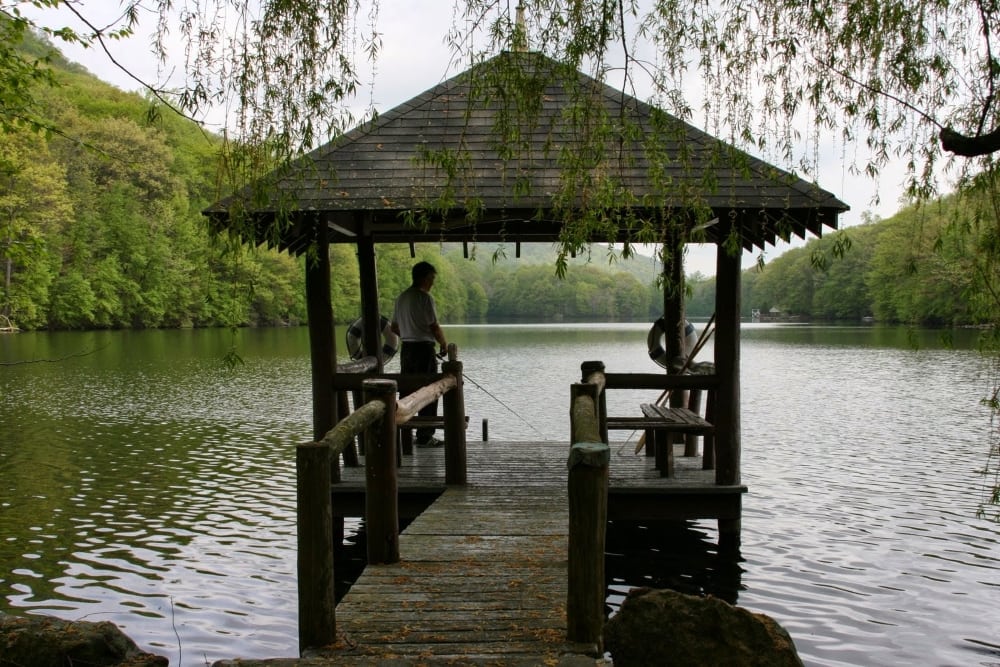 When Scenic Hudson attempted to buy the Lake Valhalla property last year, some residents expressed fear that the lake and surrounding land would become a public park. “We are concerned about hordes of people taking over the lake and the associated liability,” said one. “We pay more for homes here to enjoy exclusive use of the lake.”

Kaye said that LVCA has asked to meet with Scenic Hudson to discuss the implications of the purchase. He declined to comment on the association’s lawsuit against the previous owners, saying only that “Lake Valhalla is our home and we want to ensure that our community’s unique character is preserved.”

Rosenberg downplayed any possible conflict. “We strongly believe our purchase is the best outcome for the community, preventing development as had been previously contemplated,” he said.

One thought on “Scenic Hudson Buys 1,178 Acres at Lake Valhalla”