Soon after he moved to Beacon in January, Todd Hulet, a theatrical jack-of-all-trades, walked into the Howland Cultural Center on Main Street. 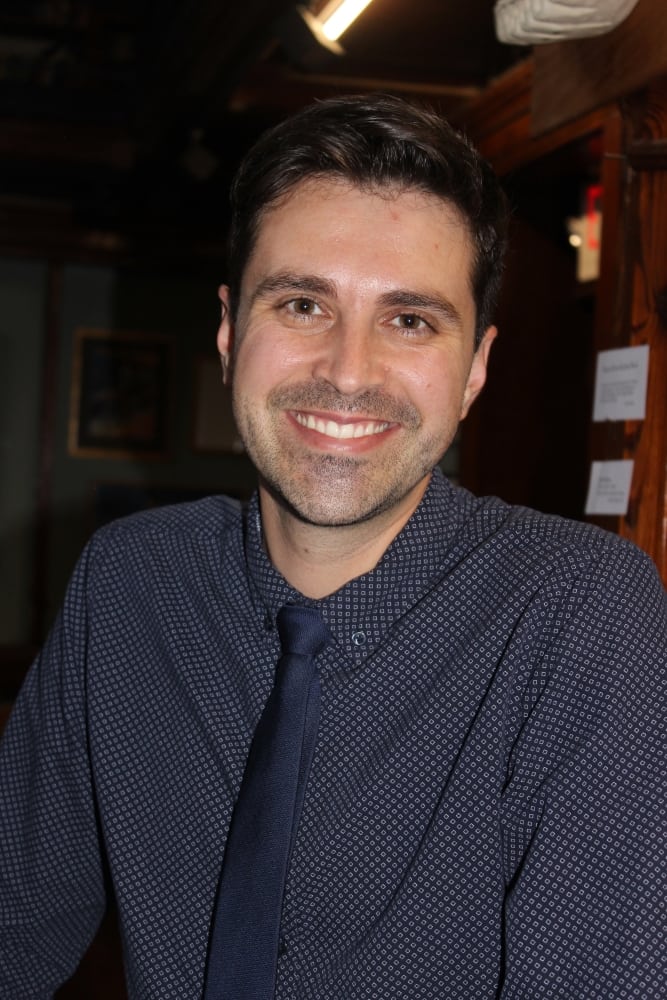 Todd Hulet (Photo by A. Rooney)

Impressed by the space, he struck up a conversation with Florence Northcutt, a longtime board member. He said he’d be interested in doing a project at the center.

“She asked if I had a project I could just bring in,” he recalls. “And I did. I had been developing a production of a folktale, The Mitten. It all happened very quickly and sort of accidentally.”

After The Mitten was performed at the Howland in March, “Florence told me to pick a date for the next one. The problem was, I didn’t have a project in mind, until I thought of two!”

Hulet formed what he called the Hudson Valley Theatre Initiative (HVTI) to produce more shows. Its first, a performance of the music from Kiss Me, Kate (Cole Porter’s take on The Taming of the Shrew), played to a full house a few weeks ago.

Next up is QueenE: The Musical, on Aug. 11 and 12, for which Hulet wrote the book, music and lyrics. His seventh musical, it tells the story of Queen Elizabeth I through pop music and will be directed by Liz Dahmen.

“I was looking for a show about a strong female leader,” Hulet explains, when an acquaintance expressed frustration that every dramatic telling of Elizabeth’s reign seemed to focus on her love life. “Why can’t it be just about her?” she asked.

Hulet says he wrote the 90-minute QueenE “specifically to fit a community theater, with just two male parts and six to eight intended to be played by females.” He believes the musical will play well at the Howland, which “has a chamber feel, almost immersive,” because of the proximity of the audience and performers. 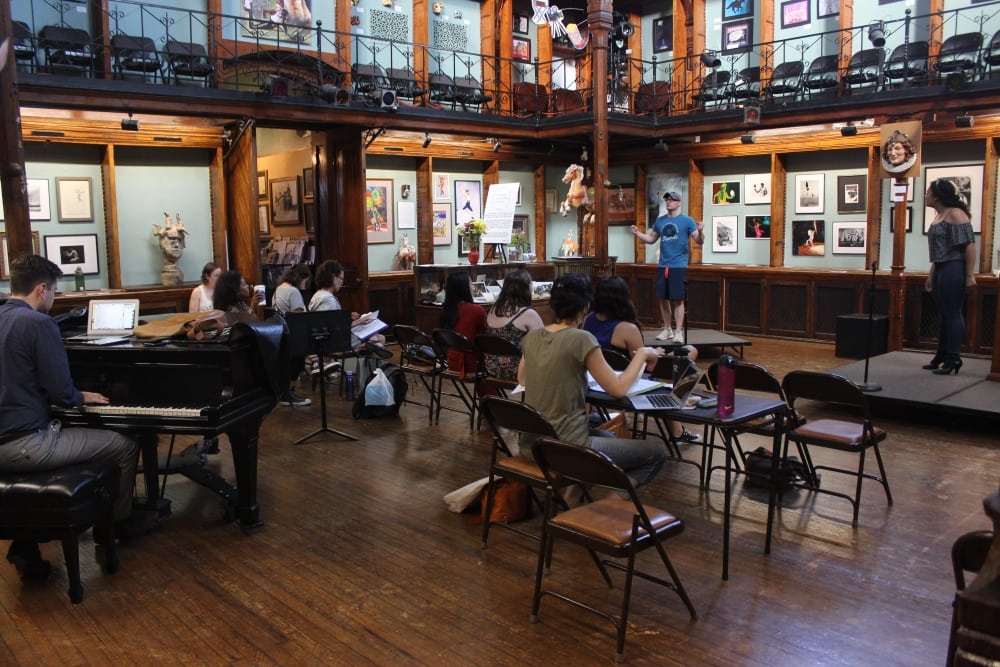 A rehearsal at the Howland Cultural Center for the musical QueenE (Photo by A. Rooney)

To encourage participation in HVTI from people with busy working lives, Hulet says he keeps rehearsals to a minimum. (For Kiss Me, Kate, they took place over one weekend.) “Having the opportunity to participate, despite having work commitments, is about community,” he says. “Besides, if you can’t make this one, you can always make the next one!”

Anyone is invited to perform in the chorus for the productions, he said, although the leading roles are typically cast after open auditions. While casting for Kate, Hulet recalls being pleasantly surprised by the local talent. 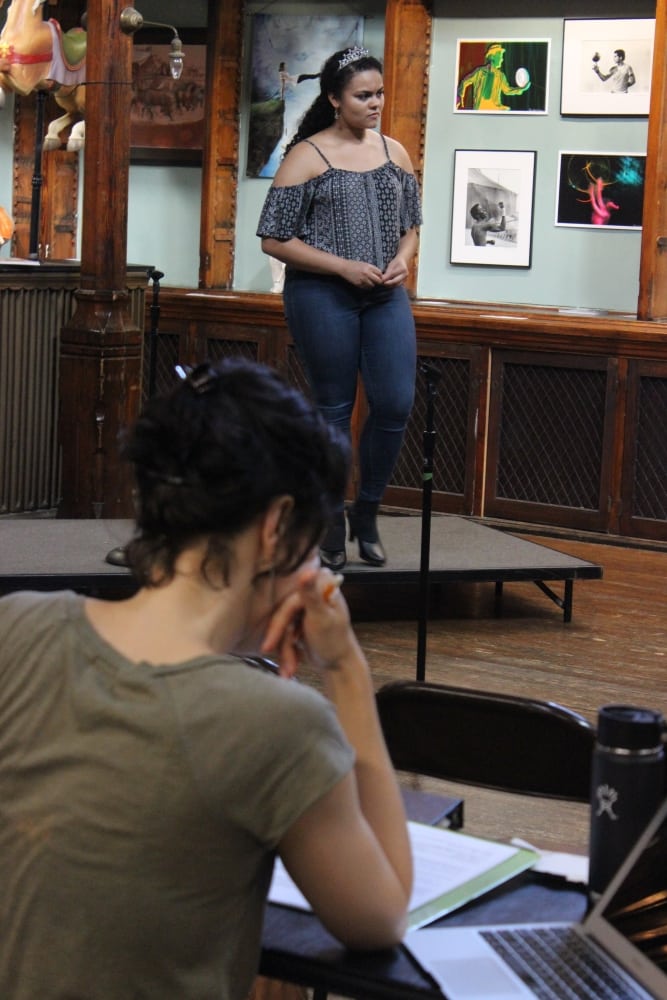 Director Liz Dahmen (foreground) and Kianna Batista, who plays Queen Elizabeth I (Photo by A. Rooney)

“We were concerned we might have to bring up friends from the city to play some of the roles,” he says. “But there were more than enough incredible people here.”

The cast included Jake and Kate Vander Linden of the Beacon Performing Arts Center and Anthony Scarrone, who directs the Beacon Players at Beacon High School. And along with 10 leads, 38 people signed up for the choir. “As per usual, not everyone turned up for rehearsals,” Hulet says. “The final number was around 20.”

The writer, who grew up in Southern California, has a degree in scenic design but has worked in many areas of production, including lighting and choreography. Before moving to Beacon, he developed theater programs as a teaching artist for students in the New York City school district. He now works on the community relations team at the Legoland park being built in Goshen.

Hulet and his partner moved back to New York this year after trying California living for six months, he says. They chose Beacon, in part, after Hulet during a visit overheard a woman in Hudson Beach Glass say, “I love the arts. I don’t make art myself, but I love being around it.”

“For me, that was an indication there were all these people here who want their community to be full of creation,” he says.

The Cast of QueenE