Scott Silver likes to joke that he met his wife in the monkey house.

He’s only half kidding. He got to know Linde Ostro while they both were employed at the Bronx Zoo, and they later worked together in Belize studying howler monkeys and jaguars.

Today, the couple lives in Garrison; Silver is director of the Queens Zoo, and Ostro is vice president of development for Riverkeeper. Besides his work as a zoologist, Silver is also a board member of the Putnam Highlands Audubon Society and often presents talks on wildlife or leads bird walks.

The 18-acre Queens Zoo this year celebrates its 50th anniversary. It is managed by the Wildlife Conservation Society in partnership with New York City, along with the Bronx Zoo, Central Park Zoo, Prospect Park Zoo and New York Aquarium. 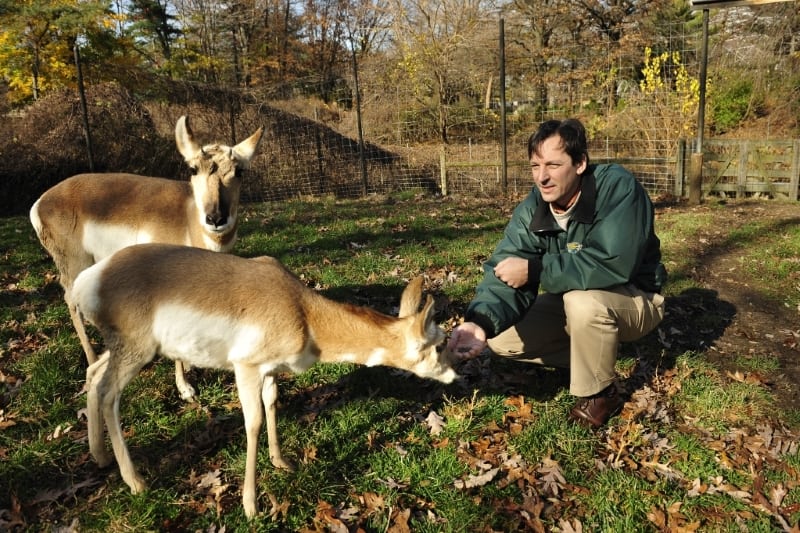 Raised in Yonkers, Silver took a career test in high school that pegged him as a zoologist. And that’s what he became, after majoring in zoology and anthropology at SUNY Oswego. He interned at the Bronx Zoo and was hired as an assistant elephant trainer, followed by five years in the mammal department while pursuing advanced degrees at Fordham.

“I was committed to working in the field,” he says. “I wanted to wake up every morning and have my office be a jungle.”

Silver left the Bronx Zoo for Queens in 1998 to become an animal curator, managing not art or artifacts, he says, but “a living collection.” In 2008 he was named the zoo’s director. 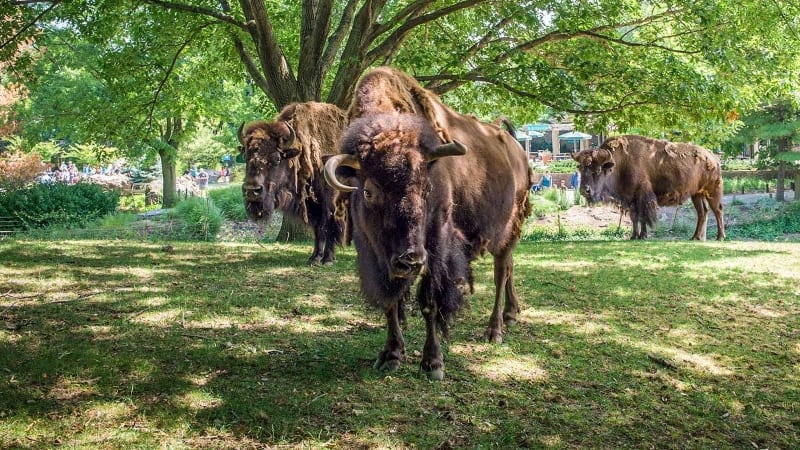 Bison at the Queens Zoo (Photo by Julie Larsen Maher)

In that position, he says, “you’re responsible for making sure that every species is properly cared for and will continue to be in good condition in perpetuity. It’s not all about acquiring animals; it’s how to keep them in the way that’s best for them.”

He sees his job as saving animals in the wild by facilitating human encounters with those in the zoo. “It’s not about animals as a curiosity but about connecting people to wildlife, which makes them appreciate the value of this connection on this planet,” he says. “My job is to convey and foster those feelings. You may be able to see an animal on your computer, but you don’t smell it, or get the nuances of how it moves. I remember as a boy hearing an elephant breathing and flapping its ears. People become invested when they experience it in person.”

Most animals are brought to the zoo through exchanges or purchases arranged through the Association of Zoos and Aquariums while considering a collective Species Survival Plan.

How to Get There

“When there’s an offer to breed, there’s a plan in place,” Silver explains. The association keeps records of the ancestry of each animal and how well it has reproduced. “This allows us to maintain high levels of genetic diversity, so we don’t wind up with too-close relations.”

Silver notes that while Queens is a relatively small zoo, it works within a larger framework of the Wildlife Conservation Society. It has the largest children’s zoo in the city and species not found elsewhere in the five boroughs, including Andean bear, mountain lion, coyote, Roosevelt elk, mule-footed hog, Texas Longhorn cattle and Canada lynx. 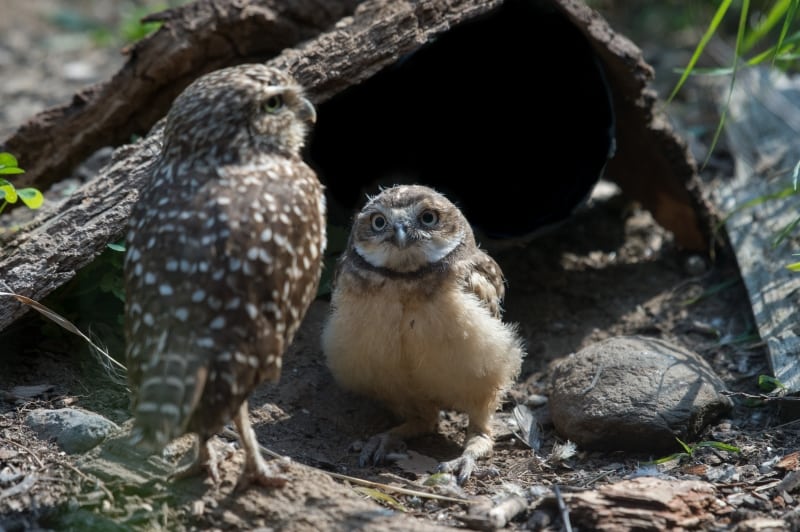 When the zoo was built in 1968 on the grounds of the 1964 World’s Fair, it included only North American mammals and birds. After the city struggled to manage the facility, it was closed, then reopened in 1992 in partnership with WCS. The society renovated and added South American animals such as the Andean bear.

“We’re connecting with a lot of people from around Queens,” says Silver. “The population is so diverse here, and people from parts of South America enjoy talking to their kids about having these bears where they originally came from.”