Can a Democrat and a Republican fall in love?

As she digested the results of the 2016 presidential election, Krystal Ford began to ponder the possibility. The result is her first novel, Love Across the Divide, from which the Garrison resident will read at 6 p.m. on Sunday, Aug. 19, at Split Rock Books in Cold Spring.

Ford, a Quebec native who was recently sworn in as a U.S. citizen, admits she barely paid attention to U.S. politics before the 2016 election. 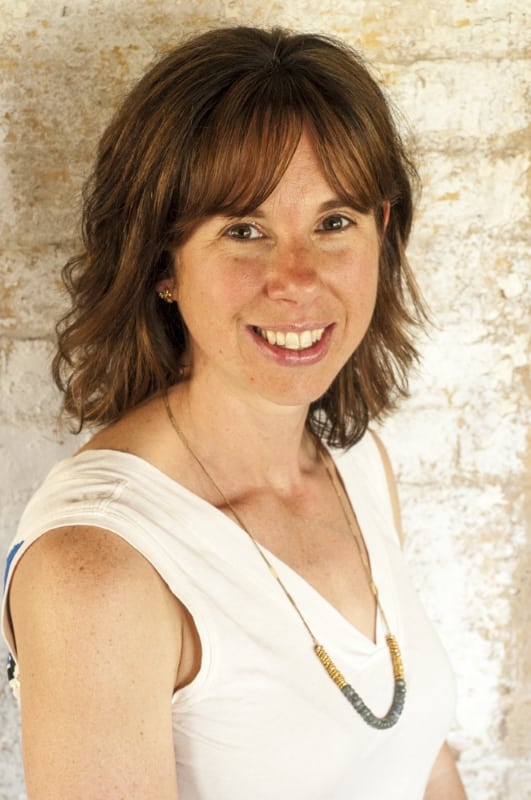 “It was a huge wake-up call for me,” she says. “I had a ‘removed’ view to government before then, and was never planning on becoming a U.S. citizen, but after the election I became determined never to sit on the sidelines again.

“Joan Baez once said ‘The antidote to despair is action’ and in my case, I wanted to understand more about what was happening, and I didn’t like the feeling of simply hating the other side.”

While out driving a couple of months after the inauguration, Ford flashed on an idea: could a Republican and Democrat date during the Trump administration?

“My initial thought was, No way!” But she read a book written by James Carville and Mary Matalin, the politically opposed strategists who have nonetheless been married for 25 years, on their relationship, and began to formulate ideas for her own, fictional account.

Ford said she felt that her main character should not share her personal politics. “I wanted to examine what priorities our values take over our differences,” she says.

The story begins on the eve of the election when a young Republican, Megan Thompson, becomes a candidate for Congress. While dating a dashing spokesman for the National Rifle Association, she starts to fall for one of her roommates, Andrew Croswell, “a liberal environmentalist determined to make her life hell.”

“I wanted both characters to struggle with their attraction and to have the focus be on this internal struggle,” she says. “I wanted to see if they could navigate the differences, rather than doing the equivalent of ‘de-friending,’ which so many people opt for now.”

It Can Be Done

According to a study of data on voter registrations of 18.3 million married couples, about 70 percent share the same political affiliation. Of the remainder:

As research, Ford read “a good amount on conservative philosophy” and modeled her protagonist in part on Elise Stefanik, a representative from New York who was elected at age 30, making her the youngest woman ever sent to Congress. 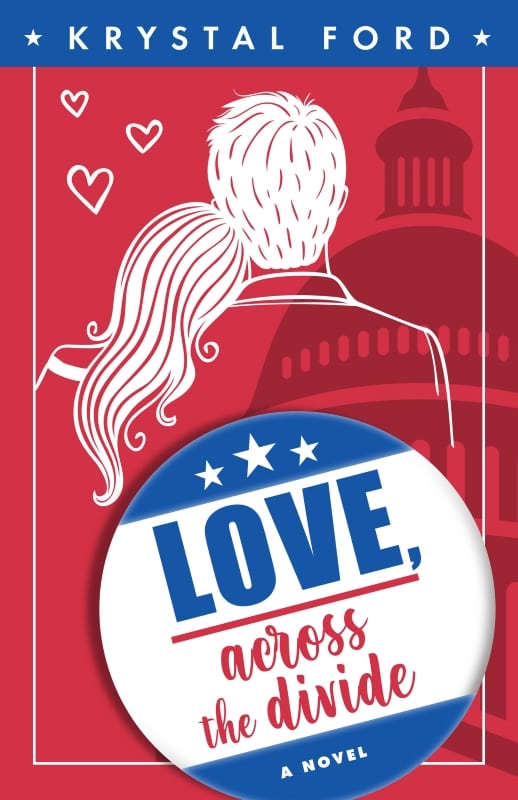 “I looked at her site and got ideas about issues, then I changed her into a fictional character who grew up in Florida, surrounded by conservatives,” Ford says. She then created the male counterpart, who “grew up in New York City with a mother active in throwing political fundraisers. He believes protesting and lobbying are the best ways to make a difference.”

Last summer, with her two children at Philipstown Recreation camps, Ford got to work. She set a goal of 10,000 words a week, but threw out the first 10,000 when she couldn’t get the tone right. By November, however, she had finished a second draft.

Then the hard part: finding an agent or publisher. After 80 rejections, she says she thought, It could die, or I could publish it myself. “The rejection rate for getting an agent is so high, you just can’t surrender to it, especially because the subject matter of my book is so timely,” she says. “So I hired a graphic designer.”

Ford and her dual-citizen Canadian/American husband moved from Montreal to New York 11 years ago. She holds a bachelor’s degree in nutrition and a master’s in food studies from New York University and works in advocacy for sustainable agriculture. She’s also a past manager of the Cold Spring Farmers’ Market, but she says it’s a job she had in Canada that planted the seed for her next book: “food inspector for the airline industry.”

Curious? You’ll need to wait a few years until Ford has another free summer to write it.