I have just returned from an eight-day trip with the Grannies Respond/Abuelas Responden caravan from Beacon to McAllen, Texas, a border town where refugees legally cross to ask for asylum (Grannies Head to Border, July 27).

The trip encompassed 2,000 miles with hundreds of supporters. It included stops to visit detention sites and hear personal stories from immigrants, as well as working with volunteers who offer food and basic supplies to folks on bridges waiting to cross over to the U.S. to ask for asylum.

The current zero-tolerance policy is unconscionable. It is a violation of basic human rights. Asylum-seekers at our borders are risking everything in pursuit of safety for their families. We heard firsthand the stories of young men and women whose parents were murdered in front of them, who were not even safe in so-called “safe houses.” 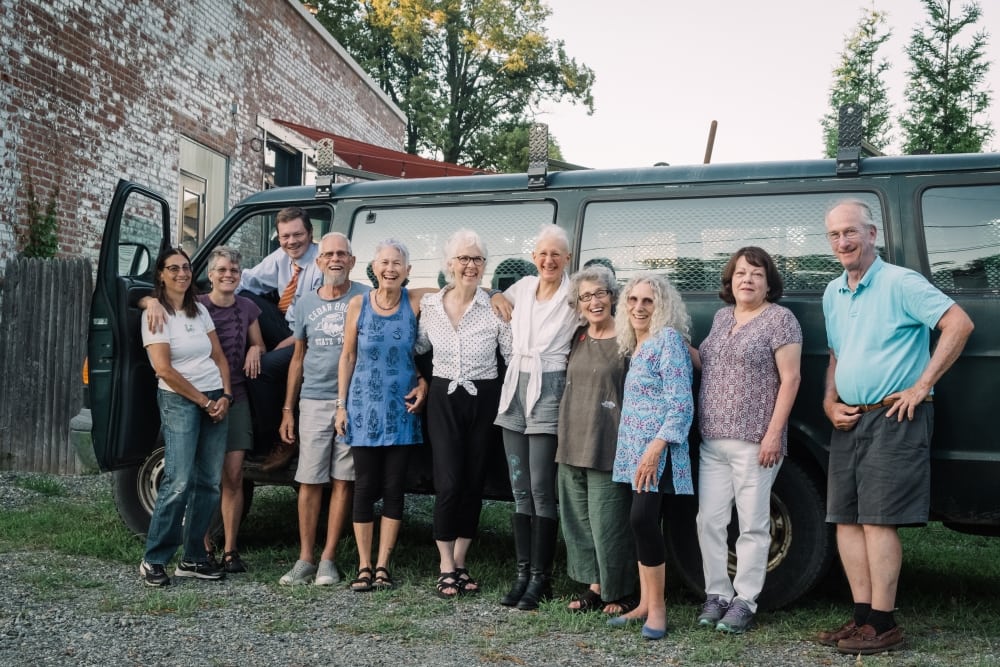 A few of the grannies from the Highlands who traveled to the border, along with grandfathers and support crew. (Photo by Cappy Hotchkiss)

We saw families huddled under tarps on bridges, lacking basic supplies and food, open to driving rain and unbearable heat, waiting for an opportunity to cross over and be heard. They are not criminals and rapists but are being used as scapegoats to rile up fear and anger. They are still being housed temporarily in cages in the “ICEbox” and detained in residential prisons, sometimes for years. There are hundreds of children who have been separated from their parents and have not been reunited yet.

Many of these detention centers (or, by appearance, internment camps) are managed by GEO Group and Core Civic, the two largest private prison operators. They are major profiteers of immigration detention. We, the taxpayers, are paying hundreds of millions of dollars for the detention of people whose only crime is to seek refuge, as so many of our ancestors did.

JPMorgan Chase is one of GEO Group and Core Civic’s major financiers. The Dutchess County Executive, Marc Molinaro, signed an executive order on Jan. 2 allocating a whopping $150 million of county funds to be kept with JPMorgan Chase. The inhumanity of these policies is enforced with our dollars.

It is time we told Molinaro and our county legislators: Not in our name! Not with our dollars! The unjust treatment of people seeking refuge, the imprisonment of the innocent and damaging separation of families must end.