The Homestyle bakery on Main Street in Nelsonville wasn’t open the day a reporter visited earlier this week, but that that didn’t stop people from streaming in: construction crew members asking about breakfast rolls, a couple renovating a house looking for a cake to share with their workers, a retired neighbor asking when the pies would be in.

Even though the display cases were only a third full — Laura Timmons, one of the owners, has a thing about freshness — would-be customers, finding the door open, were finding their way in, and buying up what little was there. 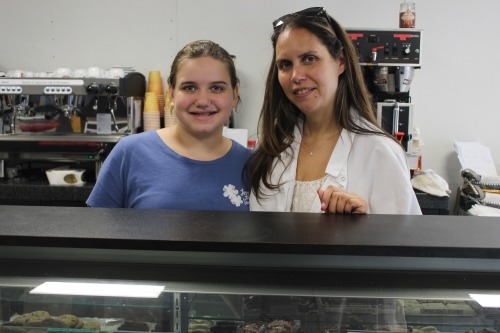 Homestyle co-owner Laura Timmons (right) with her daughter, Theresa (Photo by A. Rooney)

“We’re open Wednesday through Sunday, but already I can see that we need to change that to seven days,” Timmons said.

The popularity of the bakery, which is a branch of Homestyle Desserts in Peekskill, caused some consternation among passing drivers because it initially had no designated parking. So many people came by during the bakery’s first week that cars were parked on the sidewalk and backing out into Main Street, a state highway.

To prevent this, the bakery has cordoned off the area with flags; customers may park in the lot adjacent to the Village Market Pizzeria. Nelsonville code enforcement officer Bill Bujarski said property owner Richard Frost is working with the village to develop a parking plan for the site, which includes the pizzeria, an ice cream shop and a vacant storefront. 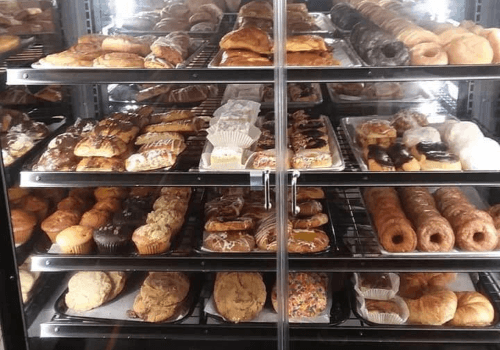 The early-morning display case at Homestyle: Open with caution, or abandon. (Photo provided)

Inside Homestyle, the display cases include innovative confections made from traditional bakery staples. There are cannolis but also cannoli “tacos” (a chocolate chip cookie sliced in two with ever-changing fillings). Not feeling like tacos? Try the waffle cannolis instead, or the cannoli “chip and dip.”

“I wake up in the middle of the night with ideas about what I want to try the next day,” Timmons said. “I’m thinking of a cannoli bar, like a gelato bar. I’m going to get a bain marie and have it so you can pick your filling …” 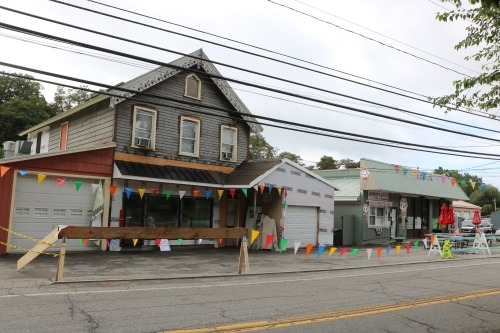 The Homestyle bakery, which is still being renovated, had to be cordoned off because so many customers were backing into Main Street. (Photo by Michael Turton)

The original Homestyle has been a Peekskill fixture since 1984, after 14 years in Buchanan. It began with doughnuts, but “the cake side kicked in, and the doughnuts moved elsewhere,” Timmons recalled. “It began to grow, so we moved to Peekskill. When my dad passed, my mom built it up. She worked hard, and now we kids have to take it to the next level.”

Timmons and her brother, Jason Elias, co-own the new location, along with a third partner. They are friends with Richard and Renée Frost, who mentioned the storefront was available (it was most recently a production space for Eleanor’s Best jams).

“It was perfect, because it allows us to get customers from Fishkill and Wappingers Falls while still being close enough to Peekskill to run back and forth,” Timmons said. Renovations began in February; the façade will soon be painted red.

Everything is baked in Peekskill, except for the gluten-free items. “We have a gluten-free environment here, since no other mixing is going on,” Timmons said. 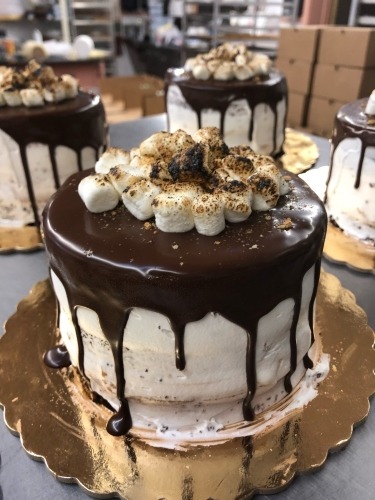 All baking is done by longtime Homestyle employees, some with European training, like Serge, from France, who bakes cakes, and Eugene, 84, who has traditional German bakery training. Timmons rattles off other names: “Carol, 22 years with us; Ann, 20; Leah, our manager, 42 years.” Rose Sanca, her mother, takes the cake at 48 years; she was there at inception when she began making apple dumplings in a coal oven at Dutch Mill Donuts and in 1974 added cheesecakes. (She retired in 2015 but still helps out.)

The Nelsonville store will be managed by Nancy Williams, whose friendship with Timmons dates to high school. Timmons’ daughter, Theresa, has been pitching in, although she says her son, James, 14, has been a little reluctant.