The high school Battle of the Books team from the Howland Public Library repeated as champions of the regional competition on Aug. 18, edging out Butterfield Library of Cold Spring, which finished second, and Grinnell Library of Wappingers Falls. 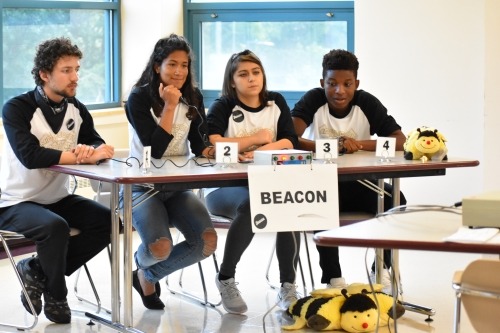 Members of the Beacon team (Photo by Phoebe Temple)

The annual competition requires students to read five books over the summer, which become the subject of the trivia battle. Thirteen libraries from five counties competed at SUNY Ulster in Stone Ridge. 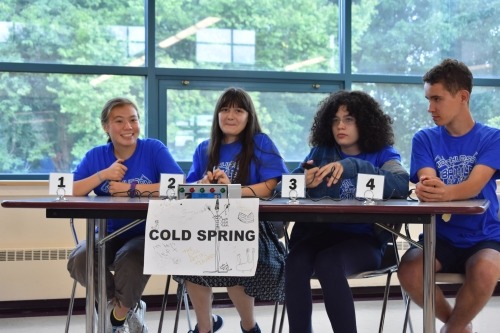 Members of the Cold Spring team (Photo by Phoebe Temple)

“This team has been competing together since entering middle school, and now one member is on his way to college, and others are juniors and seniors,” said Ginny Figlia, head of youth services at the Howland, who coaches the Bees. “They’ve won more competitions than any other team since 2005.”