Sam Anderson of Beacon is the author of Boom Town: The Fantastical Saga of Oklahoma City, its Chaotic Founding, its Apocalyptic Weather, its Purloined Basketball Team, and the Dream of Becoming a World-Class Metropolis. He will discuss it at 7 p.m. on Wednesday, Aug. 29, at Binnacle Books. 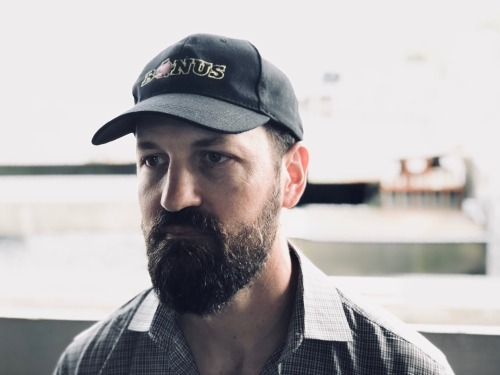 You went to Oklahoma City in 2012 to write about its pro basketball team for The New York Times Magazine and “felt a mysterious inner needle beginning to vibrate.” Why was that?

The crazy size of the sky, and the urban landscape I was looking at which was an oddly proportioned, spread-out place. I read a history of Oklahoma on the plane, and it was strange and improbable. I got a great, three-hour driving tour from the police chief with the outlines of the Oklahoma City story, the civic-planning blunders and the renaissance and reborn downtown. These stories, on so many levels, were just so huge.

How did your editors and family respond when you said you needed to spend more time in Oklahoma City?

How you’d expect. But because the story is so deep and layered, you can pick any aspect and get someone interested. You can say, “Listen how this place was founded,” tell them the story of the Land Run of 1889 and the chaos that followed. You can go the basketball route. My family is used to being swept away by my ridiculous projects, so I don’t think they were fazed.

That’s kind of where this came from. I connected early with the classic old English essay tradition, where everything in the world is worth thinking about and spending time with. There’s a novelty to turning over a rock that people don’t think will be interesting and writing 5,000 words on why turning over that rock was the most fascinating thing that ever happened. Cold Spring or Beacon would make a wonderful book. On the other hand, I don’t want to become known as the “You don’t think this city is interesting and I’m going to show you that it is” guy.

Are there any parallels between Oklahoma City and Beacon?
I switch off that part of my brain when I’m home, because I’m not a journalist here. But I walk down Main Street and think, Holy smokes, what happened? I don’t love a lot of the stuff that’s being built, the brick boxes. I did learn a lot talking to city planners, and I wonder about that condo complex by the river. Is that going to be a 50-year mistake? A 100-year mistake?

Are you planning to visit Oklahoma City again, and are you curious or worried about reaction to your book?
I’m going this week. I’m not worried. I’ve gotten great responses from people who have read it, like the mayor. I don’t give a boosterish account, which I think is actually a favor. Boosterish accounts are deceptive and an insult to the complexity of a place. I have so much affection for Oklahoma City and that’s the dominant note, in addition to all the ridiculous jokes I tell. There’s a real power in walking down the street and feeling all the stories that I now know are washing over the landscape.