“When I was a kid I remember the elementary school band, and the route it always took,” recalls Michael Farkas, a percussionist who lives in Beacon. “I wasn’t a part of it, but for me the most exciting thing was that you could hear it from far away.

“It was, ‘Something’s coming, something’s coming!’ We’re so used to having music right in front of us or in our ears, but when you sense that it’s out there, coming your way, it gives it that special excitement.”

That ‘something’ was the drums, and on Saturday, Sept. 30, at the Spirit of Beacon Day parade, Farkas hopes to create the same anticipation among spectators along the route with what he is calling the Women’s Rough and Ready Drum Corp. 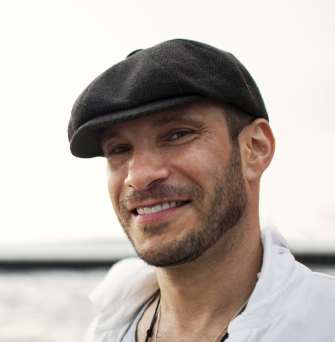 The band, organized through Beacon Music Factory, will practice four times before its debut, he said. The first class is scheduled for Thursday, Sept. 6.

“Whether two turn up, or 50 — which would be great — we’ll start by learning basic rhythms, footwork, and call and response,” he says. “If it’s a diversified talent pool, a lot more info can be brought to the table. I’m excited to see how it turns out, what it grows into.”

Despite this background, Farkas says he isn’t steering the drum corp in any particular direction. “I’m not leading it,” he says. “I’m facilitating it by teaching simple rhythms and marching patterns, then handing it off to the women. They can be part of a parade or a cause — it’s open-ended. This is more about thinking of how I can share my experience as a drummer and a percussionist, offering something to the community.

“I’m looking forward to asking each person, ‘What inspired you to show up?’ ” 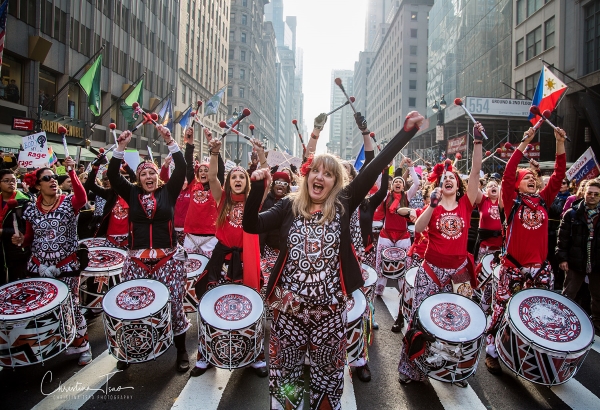 The classes will work differently than others Farkas leads. “We’ll be learning rhythmic patterns without necessarily using drum sticks,” he says. “We’ll work with vocal patterns, rhythmic patterns, then apply them to instruments. I work with kids in this way a lot. Once the patterns are ingrained into muscle memory, then we bring in the sticks and drums.

“You don’t need instruments to start if you internalize those patterns. We can have horns join in — they’re always good in a marching band because they’re loud and easily carried. Walking is a big component, too. We’ll be using our feet to march and stomp. We won’t be sitting in a circle. It’s about getting out and moving, in a street environment.”

The idea of creating street bands came about when Farkas and BMF founder Stephen Clair were discussing possible classes. “Things like the #MeToo movement, and how women’s voices were being heard collectively more than ever, came into our discussion,” Farkas recalls. “I thought it would be great to impart my skill sets and let the women run with it.”

The cost of the four sessions is $125, and each participant will be given a drum to use for the duration. “Everyone will be encouraged to trick out their drum in whatever way they like,” according to the class notes. See beaconmusicfactory.com.