Violinist with local ties to perform

Allison Edberg Nyquist lives in Indiana, but the violinist has strong ties to Philipstown, where her parents and sister live.

She plays with The Vivaldi Project, a trio that specializes in early string music and will be performing at the Chapel Restoration in Cold Spring at 7 p.m. on Saturday, Sept. 8, to mark the release of its most recent album. The program will include works from the second half of the 18th century by Sammartini, Johan Christian Bach, Campioni, Haydn and Breval.

Nyquist, who is concertmaster of the Indianapolis Baroque Orchestra, is a daughter of Patricia and Gareth Guest of Nelsonville and a sister of Maia Guest of Cold Spring. 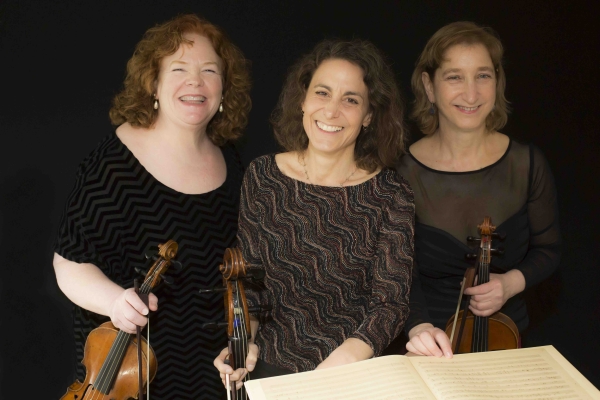 Her studies began at the San Francisco Conservatory, followed by the Peabody Institute, the University of Michigan and Florida State, before she found “work, and life and love in the Midwest. I now live in rural Indiana — a mere 13.5-hour drive from Cold Spring.”

Nevertheless, the village has become a favorite destination for the trio, which also includes violinist Elizabeth Field and cellist Stephanie Vial.

“We spent time there to prepare a concert we played in Manhattan two seasons ago,” Nyquist explains. “We sight-read through a huge stack of trios in Maia and [husband] John Plummer’s dining room to choose what we would record on the CD we are celebrating on Sept. 8. Cold Spring played an integral part in its conception!” 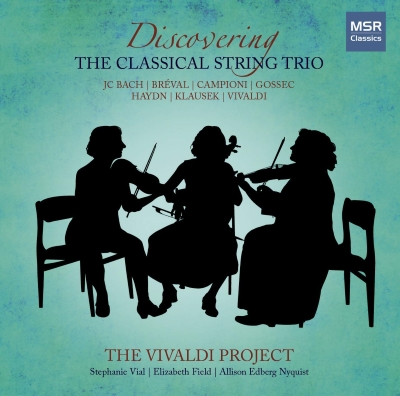 The CD is Discovering the Classical String Trio, Vol. 2. Along with the first volume, released in 2016, it reflects research the musicians have done in libraries around the world on music of the period written for the string trio.

Nyquist plays a French violin made around 1820 that was given to her father by his sister. “Her husband, Hough Guest, played it and named it Peter Pan because he said that although he would grow old and die, the violin would always be young,” she says. “Unfortunately, he died of tuberculosis in his 30s, but the violin has stayed active and well-loved.”

The Chapel Restoration is located at 45 Market St. in Cold Spring, adjacent to the Metro-North station, where parking is free on weekends. The program is free but a $20 donation is suggested.