The Cold Spring Recorder editorialized: “The Courier says that the Carmel jail is being repaired. We hope that the management will be fixed also.”

Patrick Powers, overseer of A. Healy’s farm in Nelsonville, fell overboard from an excursion boat and drowned. He was walking across the plank from the steamer onto a barge where his eldest daughter was running concessions, but the board was not secured. He leaves six orphaned children.

Two men brought a trained bear around town, with a “sasser” circulating in the crowd to collect coins.

John Dillon of Kemble Avenue and a laborer named Malone fought on the Cold Spring dock, with Dillon biting Malone on the arm and chest and chewing up one of his ears. Dillon became upset when Malone ordered a drink at a bar without properly “treating the crowd.”

The Board of Education completed its census of school-age children, counting 403, of which an average of 283 attended.

James Ruddiman was fined twice for selling beer and whiskey on Sunday.

The Recorder noted that passersby could complain to the justice of the peace about any dog that growled or barked and request that the animal be destroyed.

A Newburgh man presented a check at a Cold Spring bank that was cashed for 1,000 silver dollars (weighing 60 pounds) and 50 $20 gold pieces.

Owney Hayden won a swimming race from the Garrison Dock to West Point in 14 minutes and 10 seconds.

On the order of Judge Wood, Sarah McCrannell of Cold Spring was judged insane and sent to the Hudson River State Hospital at Poughkeepsie.

The store of F.M. Camp displayed several pieces of rustic work, including chairs, settees and baskets, by Walter Kerslake of Garrison.

Zoe Gatton, a “long-distance female pedestrian,” began a walk from New York to San Francisco. Two years ago she stopped in Cold Spring while walking with her dog from San Francisco to New York. 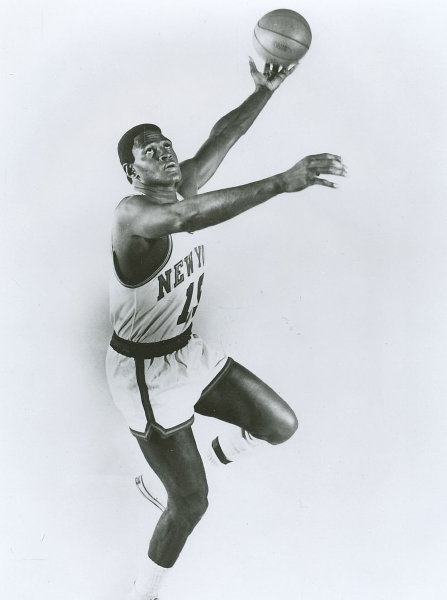 In 1968, the Cold Spring Lions scheduled Willis Reed as a lunch speaker. (NBA)

Duncan Phyfe of Cold Spring, serving in France, was awarded the French Croix de Guerre for gallantry. He noted in a later letter from the front that he had “seen some terrible things,” such as a shell that hit a wagon ahead of him on a curve and “blew a wagon and horses and seven men to pieces.”

With Mooney on the mound, the Cold Spring baseball team defeated the Main Streets of Beacon, 11-1, and the Rainbows of Newburgh, 5-2.

The Recorder noted that the incinerators placed on the streets were to dispose of waste paper and not old clothes.

The Aqueduct Guard Citizens’ Committee was organized at Glenclyffe, the Garrison home of Stuyvesant Fish, to assist the New York Guardsmen appointed to protect the aqueduct during the war on both sides of the Hudson.

Marion Jenkins, the Philipstown superintendent of highways, was nominated by local Democrats to oppose Supervisor Gilbert Forman in the November election. The state Democrats, meanwhile, selected Lt. Gen. William Haskell of Garrison as their nominee for lieutenant governor.

The novelist and radio personality Rex Stout, a resident of Brewster, expressed his support for the Putnam County War Fund Drive. “Many who can afford to, and should, give 10 or 50 times the $2 minimum, are doling it out with eye-droppers,” he complained.

The Philipstown Area Jaycees announced they would take on the Fishkill Jaycees in a Donkey Softball Game at Haldane Field.

The Hand-to-Mouth Players performed Spoon River Anthology, based on the book by Edgar Lee Masters, on the plaza outside its Garrison’s Landing theater using sets and facades from the filming of Hello, Dolly!. 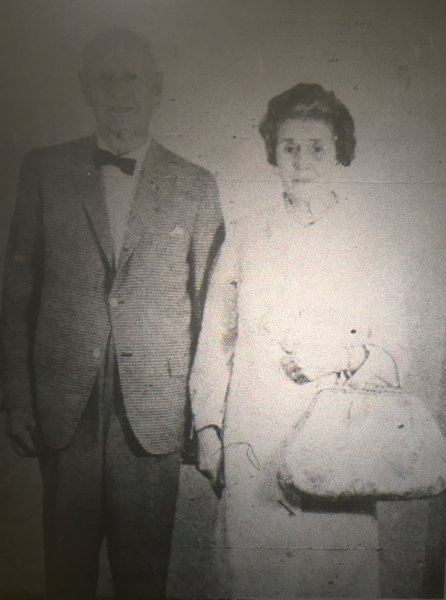 Abram Avery and Edna Borton in 1968, when they visited Garrison

The Cold Spring Lions announced that Willis Reed of the New York Knicks would be the speaker at their September luncheon. He became acquainted with the village after Haldane students Robert Heady and John Zuvic attended a basketball clinic he held at the New York Military Academy in Cornwall.

Abram Avery, 87, who owns the Avery Piano Factory in Rhode Island, and Edna Haight Hulse Borton, 80, of Newark, the last surviving students who attended the Nelson’s Mills Schoolhouse in Garrison, met for lunch at the Bird & Bottle Inn.

With the water supply critically low, Cold Spring Mayor Anthony Phillips banned outside use of water. He also met with New York City officials to inquire about tapping into the aqueduct.

Aileen Knapp of Cold Spring won the Grand Champion Ribbon at the Putnam 4-H Fair for her blueberry muffins. She also was part of a group that won a recycling award for creating a pillow and quilt with horse-show ribbons.

An intoxicated Poughkeepsie driver who struck a sign and mailbox near the Maple Lawn Farm Market on Route 9 in Garrison before fleeing the scene was discovered by Deputy Robert Ferris eating lunch across the road at Papa John’s.

Vincent Tamagna announced his candidacy for the Philipstown Town Board, the only Republican on the ballot. The Philipstown Democrats nominated Steve Rosario.

The Hudson Valley Lady Knights 13 and under travel team were 2-1 at the AAU Junior Olympics held in Knoxville. The team included Melanie McCollum of Haldane and was coached by Haldane’s Ken Thomas.

Cablevision announced that, as of Sept. 1, its Basic package would be called Lifeline, BasicPlus would become Basic, and Expanded Basic would be known as CablePlus.

The Putnam County AIDS Task Force reported that the county had 71 cases, including seven each in Garrison and Cold Spring.

Cold Spring firefighters rescued a hiker from a small ledge on Breakneck Mountain. She was stuck for 45 minutes before a passerby on Route 9D noticed her.