Will this be year girls make a playoff run?

The Beacon High School girls’ soccer team, in the first game defending last season’s league championship, looked impressive at Brewster on Aug. 31 with a 3-1 win over the Bears.

The heat index wreaked havoc on practices and games this week, and Beacon’s Sept. 4 game against Sleepy Hollow was postponed. The Bulldogs are next scheduled to host Horace Greeley at 2 p.m. on Saturday, Sept. 8.

Coach Hugo Alzate said he liked what he saw against Brewster. “That was probably the best first game we’ve had in any of my four years here,” he said. “We moved the ball well and worked together well.” 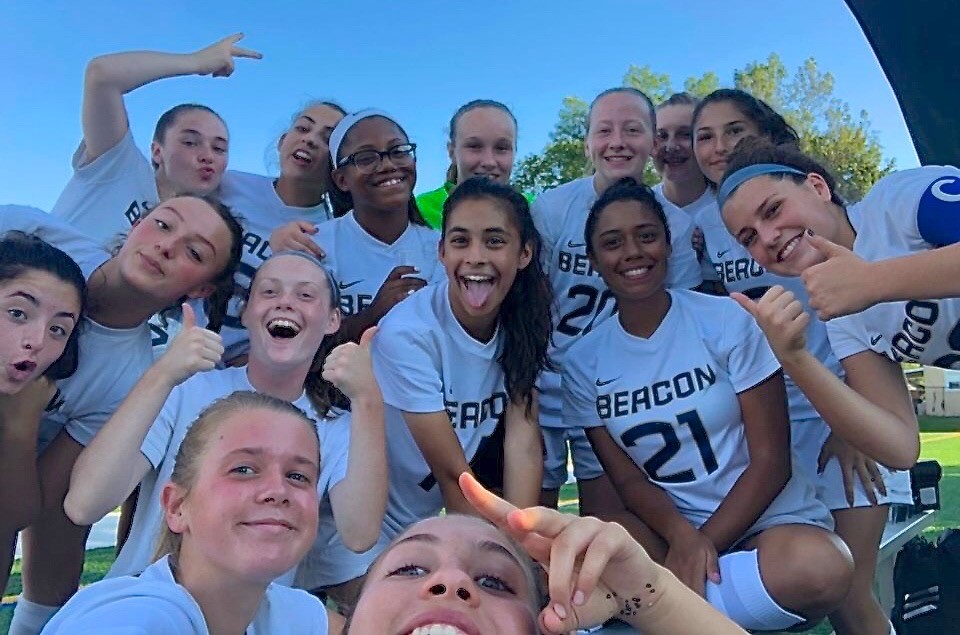 The team plays defending Class A state champion Pearl River on Sept. 11 and top-ranked Rye on Sept. 12, the coach noted, “so we’ll find out pretty quickly where we stand.”

The Bulldogs return eight starters from a team that went 10-6-2 but lost in the first round of the Section 1, Class A playoffs.

“We’re hoping to compete for a league title, get two in a row, and we’re hoping for a home playoff game,” Alzate said. “In the many years we’ve been in Class A, we’ve never won a playoff game.”

“They really stepped up in our opener, helped dictate pace and fed the forwards well,” Alzate said of his captains. “Anisa battled good defenders and scored with her left foot, and I love the speed and skill that [freshman] Bobnick brings — she’s physical and composed and she scored her first varsity goal.”