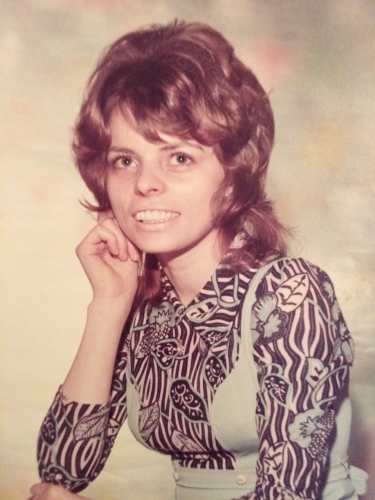 Known as “Rosie” to her friends and family, she was born Nov. 30, 1951, near Bailieborough, County Cavan, Ireland, to Phillip and Mary Donnellan. She met Michael Barber while he was visiting home from the U.S., and on Sept. 13, 1975, they married in Tierworker, County Meath. She joined Mike in the Bronx to begin their life together before moving to Garrison in 1982.

Rosie was devoted to her husband and eight children. Her second proudest achievement came in 1997, when she became a U.S. citizen and voter who loved talking politics. According to her family, she was unwavering in her Catholic faith, selflessly living the Catholic ideal of altruism.

She made friends wherever she went, and her door was always open with a cup of tea ready. She was a caregiver for several friends through hard times and illnesses.

Rosie was a homemaker and longtime professional housekeeper, most recently at St. Columbanus Church. She was well-known for her candor and Irish wit, and always had a saying to fit the occasion. (If you don’t like this obituary, for instance, she may well have said, “Off with your hat!”)

For several years, she ran the hot lunch program at Garrison School. Her children’s friends were treated as part of the family, and even if they were put to work in the yard, they said they considered the Barber house a second home.

Whether cooking dinner for her family or cleaning for clients, Rosie always had a song to sing. No matter where in the country her children moved to, they say the place they considered home was wherever their mother was.

Besides her husband, Rosie is survived by her daughters, Anne Marie Barber and Patricia Cronin; her sons Phillip Barber, Michael Barber, Raymond Barber, Oliver Barber, Dermot Barber and Brendan Barber; and her granddaughter Cora Mont-Louis. She also is survived by her siblings, Ann Carragher, Attracta Fitzsimons and Pearse Donnellan.

A wake will be held Friday, Sept. 14, from 4 to 8 p.m. at Dorsey Carlone Funeral Home, 1100 Cortlandt St., in Peekskill. A funeral Mass will be held Sept. 15 at 11 a.m. at St. Columbanus Church, 122 Oregon Road, in Cortlandt Manor, with burial to follow at Assumption Cemetery.

Memorial donations may be made to the Franciscan Sisters of Atonement at Graymoor.