In the past year, The Current has covered the mounting concern in Beacon over the rapid addition of mostly high-end residential units into the cityscape, a concern that led to a moratorium and a revamping of some of the city’s zoning codes. Meanwhile, the opportunity to create a powerful antidote to all this development is languishing.

In 2013, New York State closed the Beacon Correctional Facility, a minimum security prison for women. A little over a year later, Empire State Development issued a Request for Proposals (RFP) for the 39-acre site, situated near the northeast border with Fishkill, down Matteawan Road, just past Beacon High School. 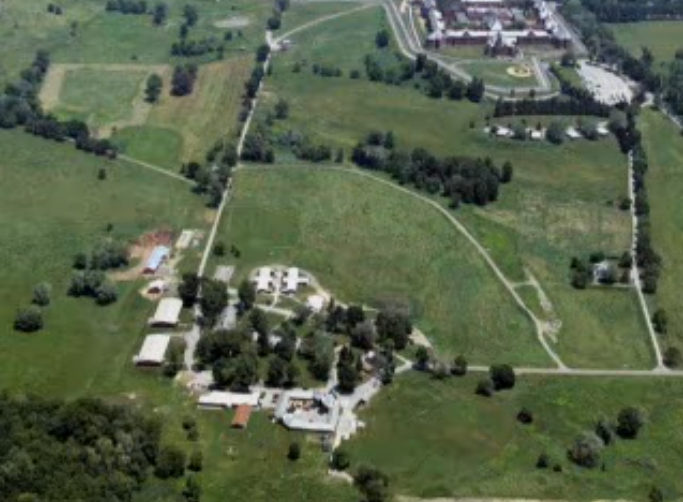 The site of the former Beacon Correctional Facility (NYS image)

In the interim, a small working group of citizens had met nearly every week, trying to form a coalition of nonprofits, small businesses and educational programs that could respond to the RFP with a viable, dynamic proposal. Our vision included jobs, training and education, centered around community-based, sustainable agriculture. We had a local farm, established small businesses and several well-respected educational programs on board, as well as blueprints for a textile mill and a composting operation.

In fact, the RFP that included these plans was accepted by New York State. Unfortunately, a letter to Gov. Andrew Cuomo signed by a number of local politicians asked him to rescind the agreement. This caused the organization acting as lead for the project to withdraw. Whether this was due to delays in funding or political maneuvering or some combination is now unimportant.

This past fall, Empire State Development issued a Request for Expression of Interest (RFEI), as a precursor to issuing another RFP. The Matteawan Group, which consisted of several of us from the original winning proposal, submitted to this RFEI and spoke with representatives directly about our plans. Since then, radio silence.

I believe the state and Dutchess County need to hand this property back over to the city and let us decide (along with Fishkill, where some of the land resides) how to best use it. There are plenty of examples of other communities taking on projects like this successfully, and these can be used for ideas and blueprints — no need to completely reinvent the wheel.

The city could appoint a board to help manage the property. Perhaps some kind of homesteading program could be set up in addition to the commercial uses — we seem to be good at giving land to big developers on the cheap, why not give some to ordinary citizens? Whatever happens, I believe the community should resist at all cost this land being turned over to a developer or any large, outside private entity. We’ve done enough of that for now.

The city has already managed to construct a $10 million highway garage on this property. Let’s put our not insignificant energy and ideas together and create something truly wonderful that brings jobs and opportunities, along with agency, directly to the citizens of Beacon.

One thought on “Letter: Development for the People”