There’s an unsolved mystery in Garrison, but it doesn’t involve a crime. It’s about a water leak and solving the case could prove quite costly.

About two months ago, a serious leak was discovered in the system that supplies water to residents in the area of Garrison’s Landing. Philipstown Supervisor Richard Shea said as much as 3,000 gallons is being lost each day.

Leak-detection equipment was brought in but the leak could not be located. Shea said individual buildings will be isolated next week in an attempt to find the precise location of the problem.

In the meantime, “we’re trucking in water,” he said. “But that’s expensive, and it’s not sustainable.” 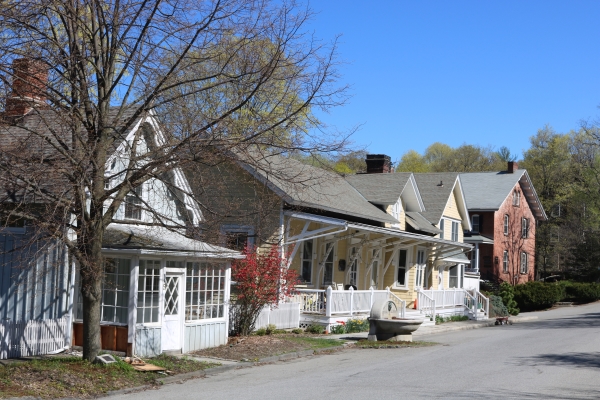 Shea said the worst-case scenario would be having to install a new waterline, a costly undertaking that would require a bond. “We’re still paying off the bond from 17 years ago,” when the Garrison Landing Water District was established, he noted.

Shea was a newly elected member of the Philipstown Town Board at the time. The water district is one of the smallest in the state, providing water to about 80 residents. At the time, it was estimated that contracting out the construction of the district facilities would cost close to $1 million, which residents could not afford. So the town did it in-house, he said, and it cost about $180,000.

Shea, who is a contractor, acted as project manager and constructed the building on Lower Station Road that houses the water treatment and pumping facilities. Three wells were dug to supply water to the district, which includes the area between Upper and Lower Station roads and Garrison’s Landing.

The town has asked residents within the district to limit usage as much as possible. “They understand the situation and we’re very appreciative,” Shea said.

District residents are billed $187 per unit per quarter, a rate that brings in $18,000 a year in revenue, the maximum allowed by state law. “It’s tough,” said Shea. “It’s such a small system, and people can only pay so much.”

The Poughkeepsie-based LRC Group Environmental Services manages day-to-day operations of the district for the town.

Most Philipstown residents rely on individual wells, although a handful of homes just outside Cold Spring tap into the village water supply. In Continental Village, some residents have wells, some are served by a water district and some get their water from the New York City aqueduct system.