Construction in Beacon could begin in spring

After more than a dozen public hearings over nearly 18 months, the Beacon Planning Board has approved the Edgewater development, which will be built near the city’s waterfront.

The board approved plans on Tuesday (Sept. 11) for 246 units, down from 307 originally proposed. Nevertheless, when completed, Edgewater will be the largest residential development ever constructed in Beacon. It will include a mix of studios and apartments with up to three bedrooms on a 12-acre site about a half-mile uphill from the Metro-North station.

When the developers proposed the project in early 2017, the plans immediately sparked debate. Hundreds of Beacon residents attended a series of public hearings, many to protest the size of the development. Along with the four-story apartment building constructed at 344 Main St., Edgewater became a lightning rod for residents unhappy with the pace and scale of development in the city. 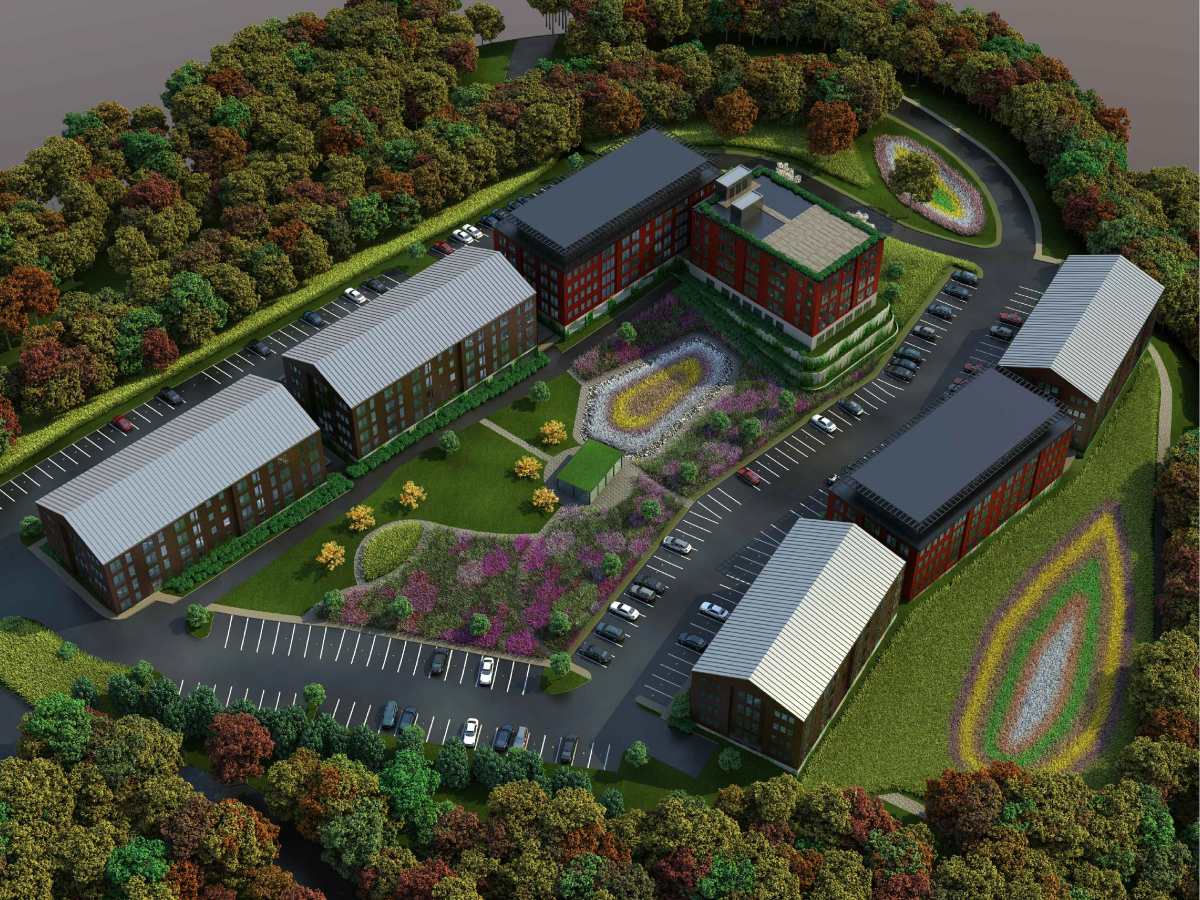 Many suggested that its approval would lead to traffic jams and overcrowded schools. Some, however, applauded the proposal for its environmentally friendly design and for developer Rodney Weber’s stated commitment to affordability.

After months of debate, a zoning amendment adopted by the City Council in May downsized the project by reducing the number of apartments that could be built on the site, which features steep slopes. The amendment forced Weber to pull 61 units, although the seven-building construction footprint was unchanged.

The vote on Tuesday was held up briefly by a discussion about Edgewater’s obligation to help pay for traffic signal upgrades that may be needed at the intersections of Route 9D and Tompkins Avenue and Beekman Street and West Main. Project officials and Planning Board members agreed that the development had already committed to paying its “fair share” for traffic controls based on future monitoring.

Tuesday’s meeting also included a final public hearing, but no one spoke before the board voted unanimously to approve the project.

Weber said on Thursday that he hopes construction will begin in the spring. The project will include 25 below-market-rate apartments, along with a public trail leading to the train station and potentially connecting to a planned city trail that will approach the I-84 intersection.