An exhibit opening on Sunday, Sept. 23, at the Putnam History Museum marks the bicentennial of the West Point Foundry, which operated in Cold Spring from 1818 to 1911. Mark Forlow, the Cold Spring village historian, leads tours at the site. 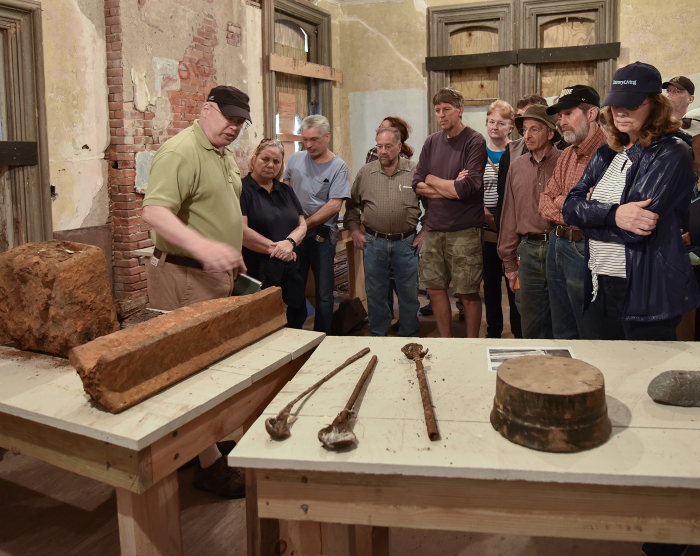 While leading a tour earlier this year, Mark Forlow, at left, describes artifacts discovered at the West Point Foundry. (Photo by Guy Peifer)

What event do you wish you could have attended at the foundry?

President Lincoln’s visit in 1862. It was kept secret at the time but covered in the papers about a week later. They fired 100- and 200-pound Parrott rifles for him.

Has the foundry’s role in securing a Union victory in the Civil War been exaggerated?

Its production of ordnance cannot be underestimated. It provided the Union with weapons of war at a level not matched by Confederate foundries. The Union won the battle of production, in particular in New York state.

Why else was the foundry significant?

Its role in the development of the earliest American locomotives in the 1830s is frequently overlooked. Much of the experimentation and manufacturing of early locomotives, such as Best Friend of Charleston, DeWitt Clinton and The West Point, took place in New York City and at the foundry. 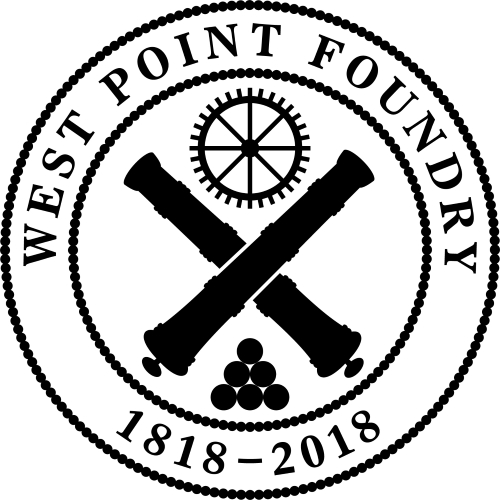 Who worked at the foundry?

Much of the work required skilled labor from outside the region, including workers from England, Ireland and Germany. The pay was minimal and complaints were frequent. A strike during the Civil War was resolved quickly with no increase in pay. The hottest foundry rooms had furnaces where casting was done; the melting temperature of iron is 2,200 degrees. It was hazardous, dirty and unpleasant work. There were accidents and deaths throughout its history.

Other than providing jobs, did the foundry benefit Cold Spring?

It provided housing. Worker homes on Parrott Street were built by the foundry’s last owner, Cornell Iron Works. It built a school for apprentices and workers’ children; that building is now the Putnam History Museum. And construction of several churches was made possible by funding from foundry ownership.