In 1964, as a child watching the Beatles with his parents on The Ed Sullivan Show, Jeff Haynes fixated on Ringo.

“We were very poor and my mom pieced together a drum set for me,” Haynes recalls. “She bought me one pair of sticks and when they broke, all I had left was my hands. She recognized my talent, and though it took her a year, she bought me one conga drum. My father worked long hours in the shipyards and needed to sleep when he was home, so I’d go in the closet with clothes all around me and play where nobody could hear me.” 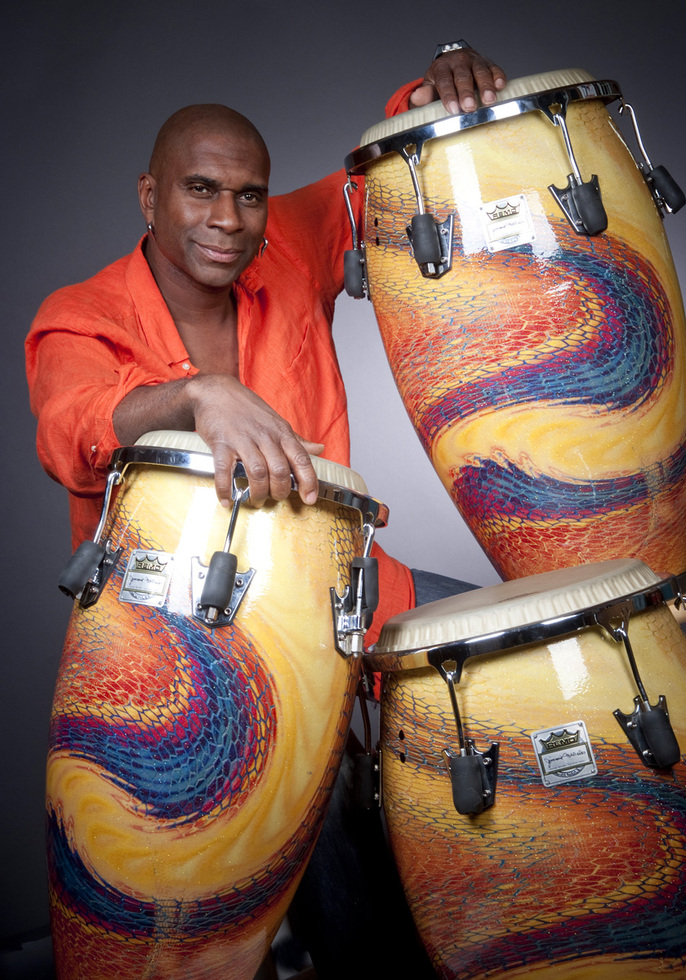 More than 50 years later, people are watching Haynes. The Beacon-based percussionist will headline the annual performance hosted by Manitoga in Garrison on Saturday, Sept. 29. The concert, United by Nature, takes place at the quarry pool of the former home of designer Russel Wright, around which attendees can perch and take in the woodlands view as well as the music. It celebrates the 50th anniversary of Summer in the Parks, a program Wright created in Washington, D.C., with the National Park Service.

Haynes, who grew up on Long Island, says he has always been comfortable with playing a variety of genres. “I’d sit in with bands all the time,” he recalls. “I would drive up to Orchard Beach, in the Bronx, in my Chevy Vega with a hole in the floor. I’d be the one holding [the performance] down, being the root, not soloing. Because I did that, I can record and play just about anything.”

After studying communications in college, with a minor in music, Haynes became an officer at the European American Bank. “I’d play in the evenings, and I met a young lady named Donna [later, his wife], who started coming to see me play,” he says. “She’d say, ‘You’re really good.’ We started dating, and she pushed me to go into the city to jam. She enforced it!”

After getting a gig with Peabo Bryson and Celine Dion, Haynes began to feel a strong pull to leave his bank job. “It felt so good to play professionally,” he recalls. Finally, he says, Donna told him, “Quit your job, I got your back.”

Donna was also behind the couple’s move from Brooklyn to Beacon with their daughter Valerie immediately after 9/11. 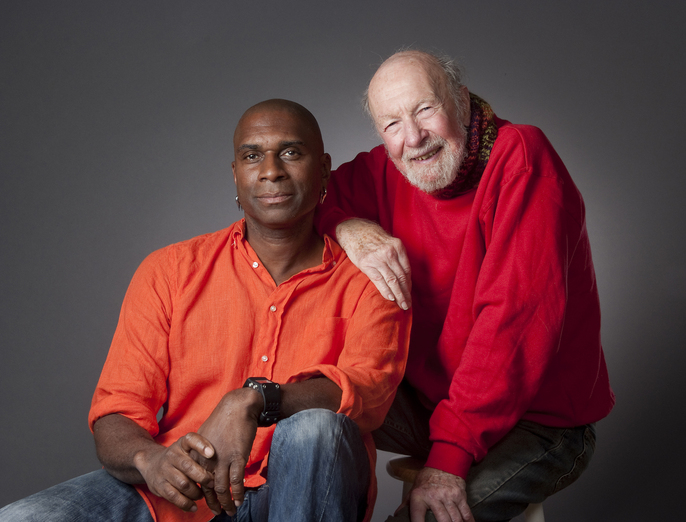 “She felt that Dia would make Beacon into a serious arts city,” he says. “It brought me into a new world of music, especially after meeting Pete Seeger and opening up to folk music.” (The couple had two sons in the years after the move.)

After moving north, Haynes continued to play in traveling bands (he toured with Cassandra Wilson for 22 years and will perform in November in Los Angeles as part of a tribute to Joni Mitchell) and work with artists as diverse as Pat Metheny, Aimee Mann, Herbie Hancock and Chaka Khan. He also has appeared on more than 200 albums and produces music in his home recording studio.

“I produce a lot of people in my studio, as well as my own recordings,” he explains. “Pete Seeger’s last five CDs were made there, and Dar Williams has recorded a few songs, too.”

Haynes and Seeger began working together in 2009 on Tomorrow’s Children, which won a Grammy for Best Musical Album for Children. In 2013, they combined Seeger’s spoken words and music with works from more than 40 musicians of different traditions into an audio book, Pete Seeger: Storm King. After Seeger died in 2014, Haynes produced a second volume.

Tickets for the Manitoga concert are $45 ($35 for members) or $20 for children and teenagers younger than 18. See visitmanitoga.org. The performances begin at 4 p.m. at the site, which is located at 584 Route 9D.