Development has benefits, but also costs, for Beacon

After 18 months of debate, the 246-unit Edgewater development has been approved by Beacon officials and should begin construction early next year. The project, near the waterfront, is the latest and largest in a string of proposals introduced over the last two years that many feel will change the complexion of the city.

Much of the debate in Planning Board and City Council meetings has been about the impact of these developments, from traffic and schools to intangibles such as Beacon’s “small-town charm.”

Because of those intangibles, or “quality-of-life” issues, it’s difficult to quantify development as costing “this” or providing “that,” says Mayor Randy Casale. But on a practical level, “unless people come and increase your tax base, you can’t build programs for the people that need them,” he says. “It’s a whole circle.”

Intangibles aside, what does the changing landscape of Beacon look like in dollars and cents?

Anthony Ruggiero, the city administrator, notes that development puts pressure on infrastructure such as roads and water and sewer systems. But “it’s old infrastructure to begin with,” he says. The city doesn’t have to build new lines, because developers are hooking into existing ones. As a result, the growth provides revenue without increasing the tax burden.

One of developer Rodney Weber’s main selling points with the Edgewater project has been its positive economic impact. The parcel on which he plans to construct seven apartment buildings is currently assessed by the city at $400,000, but Beacon officials estimated last year that the built-out project will be worth between $30 million and $40 million. 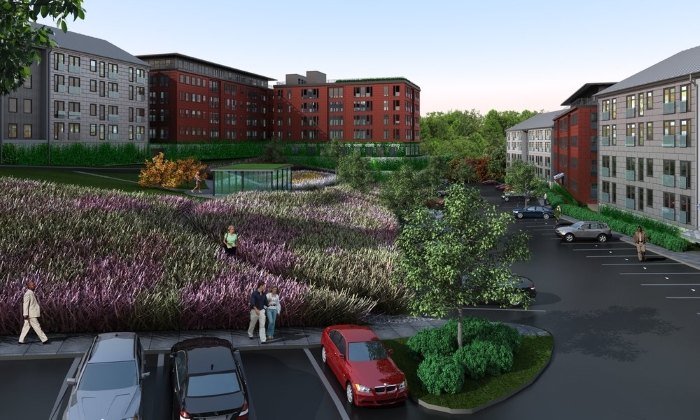 Construction is expected to begin on the Edgewater development, seen here in a rendering provided by the developer, early next year.

Beacon breaks its expenses and revenues down into three main categories: a general fund, a water fund and a sewer fund. Last year, the city increased its sewer fees by 10 percent to upgrade aging infrastructure, while water stayed flat.

Tax revenues, however, are funneled into the $20 million general fund, which is what pays for day-to-day operations. When unexpected costs arise, such as the May sewer line break on Main Street ($255,000) or the $16,000 needed to launch the Beacon Free Loop bus, they are typically pulled from a “rainy day” fund balance.

There are other factors at play, as well.

Developers must follow a formula to pay municipal recreation fees, which is a standard method cities use to offset some of the costs of growth. In Beacon, those fees have helped to add staff at the Recreation Department and to fund its afterschool programs, Camp @ the Camp, the no-cost South Avenue Park Days and the Beacon Pool.

Another impact that officials consider is the health of the retailers who line Main Street, which at 1.5 miles long is a tall order for a city of only about 15,000 people to sustain.

“The more people we have living here [because of new development], the more they’ll shop here,” Casale says. “People are coming to cities [such as Beacon] so they can do that.”

What does it cost you?

How residents pay for the costs associated with development — additional services like trash, fire or police — is reflected in the “tax levy,” or the total revenue raised through taxes. As a municipality grows and more revenue is generated from development, its leaders may increase the levy (within the state tax cap) and spend more, or maintain the levy and lower the tax rate.

Beacon has done a little of both. 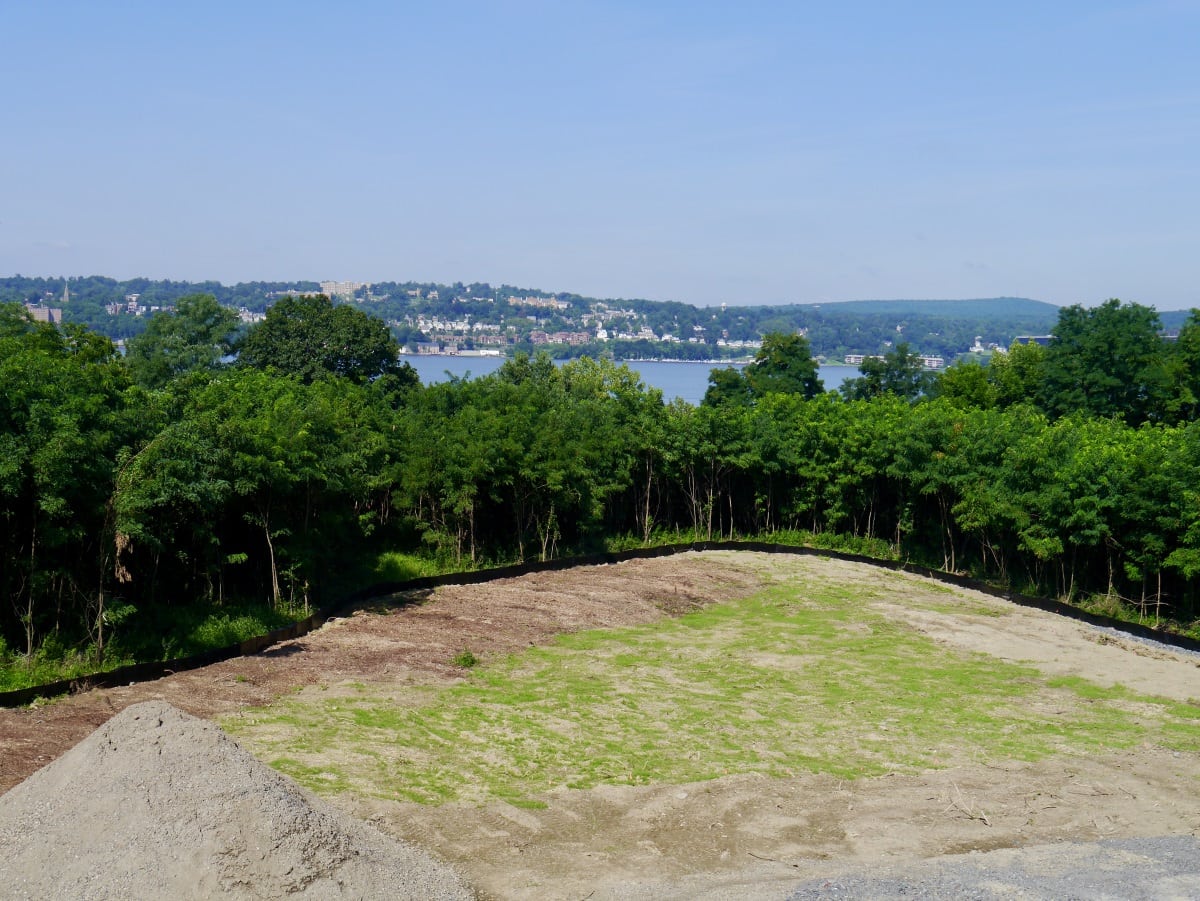 The view from the Edgewater project site (File photo by J. Simms)

But there are  still the numerous intangible quality-of-life costs to consider, such as commuting-hour traffic snarls on Route 9D, the obstruction of scenic vistas or a perceived change to Beacon’s character.

It’s those costs that are being ignored, says Theresa Kraft, a city resident who is vice president of the Beacon Historical Society.

“The comprehensive plan is all about preserving landscapes and preserving Beacon’s history,” Kraft argues, “and they haven’t followed it. The city is giving it all away.”

Breaking down development’s effects on the Beacon City School District  is equally complex.

The taxes collected from homeowners ($38.6 million for 2018-19) and state aid ($28.2 million) account for the lion’s share of the education budget, which was $70.5 million this year. That included an increase of $573,000 collected from new developments, which is referred to as a Tax Base Growth Factor.

According to the district, this new money helped pay for many upgrades: hiring  three new elementary school teachers that will translate to smaller class sizes; two new physical education teachers to comply with a state mandate on the number of minutes per week students must engage in physical activity; an additional special education teacher; a newly created director of security position; an occupational therapist assistant; and providing a laptop to every Rombout Middle School student to use during the school year.

The amount of aid sent to Beacon by the state, on the other hand, is based on a “wealth index” that measures tax intake, explains Meredith Heuer, the vice president of the school board. There are a number of factors that are considered, but as Beacon collects more taxes because of new development, its state aid could decrease.

That’s a tough balance to strike for a district that’s only recently begun to recover from budget cuts that came after the recession of 2008, she says.