The Beacon High School football team came up with a strong performance on a stifling day at home Saturday (Sept. 15), beating the heat and the Peekskill Red Devils for a 21-0 win at Hammond Field.

The Bulldogs (1-2) scored once in each of the first three quarters to notch their first win of the season. Peekskill fell to 0-3. 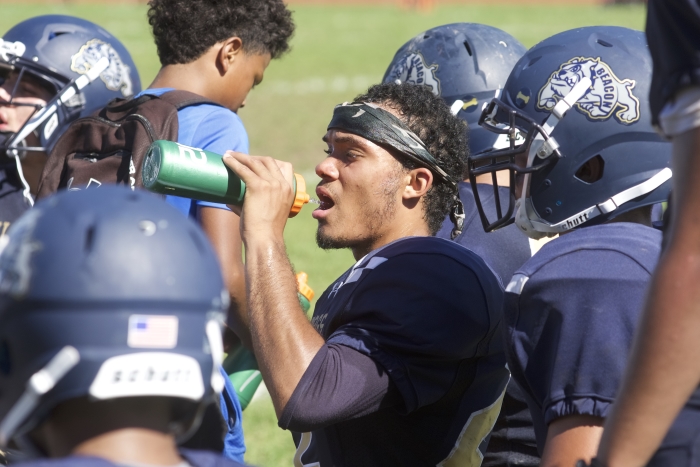 Jaskar Castillo and the Bulldogs drank plenty of water to stay hydrated in Saturday’s hot weather. (Photo by S. Pearlman)

“We had been inconsistent, so it was good to put four quarters together,” said Coach Jim Phelan. 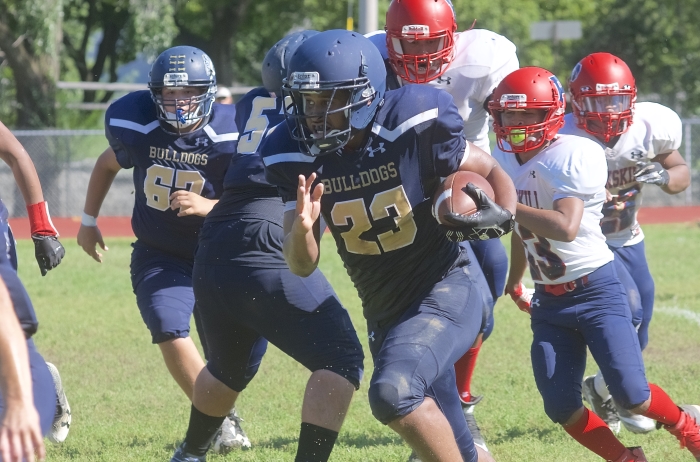 Manny Garner (23) led Beacon on the ground against Peekskill with 122 yards and a TD. (Photo by S. Pearlman)

Besides citing the play of his quarterback, Phelan noted that “Josh Rivera had a huge play on special teams, a strip and recovery that set up one of our touchdowns and shifted momentum.” He also praised Trey Dinio for his work on the offensive line and freshman Ahmir Bell, who started at center. In fact, he said, “all three of our freshman [the others are Jason Komisar and Tyler Haydt] were impressive.”

Phelan said he likes what he’s seen from his backfield, as well. “Garner has been a driving force,” the coach said. “The kids look to him because he goes 100 percent on every play. He, Willie and Santino give us a balance. And our offensive line is starting to come together.” 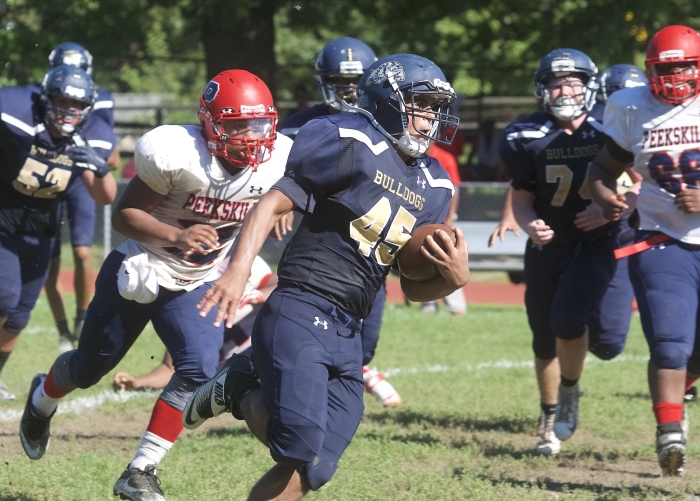 Beacon grabbed an early lead after a 23-yard run by Garner put the Bulldogs on the Peekskill 1-yard line. DeCandia finished it off, and also scored from the one again in the second quarter after a 17-yard completion to Willie Rivera Jr. On Beacon’s lone offensive play in the third quarter, Garner broke loose for an 80-yard TD.