The annual Spirit of Beacon Day, at risk of ending after four decades when its long-serving volunteer steering committee said it needed a break, will return this year under the stewardship of a new group of organizers.

The Spirit of Beacon Day began in 1977, according to an account in the now-defunct Beacon Evening News, after racial tensions had risen in the city, particularly in the school system. A community meeting was held at the Howland Public Library and attended by the county executive, the mayor, members of the school board and other community leaders. Smaller meetings were also organized. One of the better ideas to arise from the discussions was to hold a community day on the last Sunday of September on Main Street.

The first event had a parade and booths with food, crafts and exhibits from local organizations, as well as two entertainment stages. There was also a road race, a fashion show, a karate exhibition and a skateboarding competition. No politicians were allowed to campaign.

Gwenno James, the new chair of the event, finds resonance in that history.

“Celebrating what we have in common feels more valid than ever,” she says. “Each year the committee chooses a theme, and this year’s is Celebrating Unity. The day celebrates Beacon’s vibrant community, with everyone coming together on Main Street, showcasing our diversity, culture and volunteer spirit, and we receive generous support and contributions from local businesses and individuals.”

According to Michelle Rivas, who works in community art programming at the Howland Library, the day holds a lot of meaning to many residents.

“There was outcry last year that it might be the last Spirit of Beacon Day,” she notes. “When folks heard it might not happen again, there was an overwhelming desire to continue.” That desire is needed, because the event is organized by volunteers and funded through donations. The city provides support through the participation of the police, fire and highway departments.

The parade, complete with floats made over the summer by groups affiliated with the elementary schools, will run from City Hall to the Howland Cultural Center. Marchers will include children and school staff, religious institutions, nonprofit organizations, veterans, community groups, businesses, City Council members and first responders. 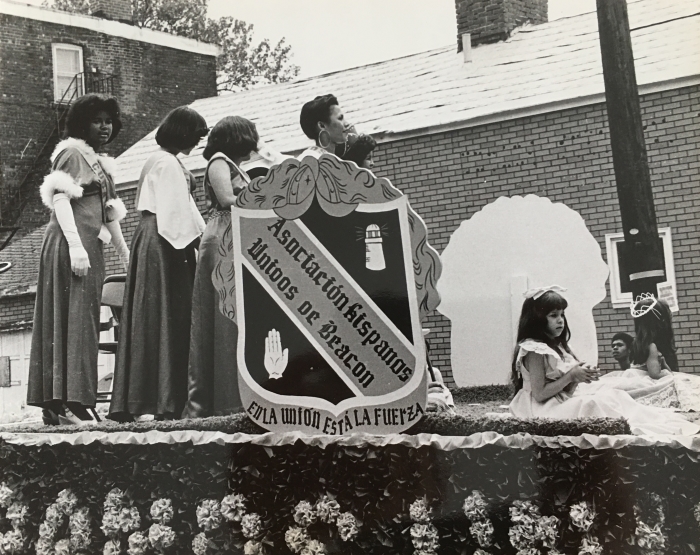 The street festival will feature tables from community groups and nonprofits (including The Highlands Current; stop and say hello). This year there will also be a children’s area with entertainment and activities, probably in front of the Salvation Army building. The main stage will be located near the post office. (See spiritofbeacon.org for details and updates.)

At its peak, the day attracted as many as 8,000 participants. Attendance has declined over the past few years, but James says she has detected “a lot of interest and enthusiasm from people who have moved here over the past couple of years,” as well as those born and raised in Beacon.

She says members of the committee have received tremendous support from members of the former committee. “The people who ran this for 20 years, in particular Rose Story [who chaired the event from 2001 to 2017], Roy Cianncanelli [who organized the parade], Tony Lassiter, Bob Outer and Diane Sedore, have been incredible,” she says. “We feel extremely grateful. A lot of them have come to our meetings; they’re still involved. We want to honor their tradition.”