Jordan Shapiro admits he has no idea who might sign up for his three-hour workshop on Balkan music on Oct. 14 at the Beacon Music Factory.

“Obviously most people, especially in a small place like Beacon, have no experience with it,” he says. “But the music lends itself to people who have different musical backgrounds.”

Balkan music, which includes village music often used for dancing and more urban sounds, has rhythms that will sound “foreign” to the Western ear, he says, with odd time signatures. “Some have standard 4/4 rhythms but still sound exotic. The scales are different, too.” During the workshop, which is open to children and adults, Shapiro will instruct participants in traditional melodies and rhythms from various regions and ethnic groups. Register at beaconmusicfactory.com. 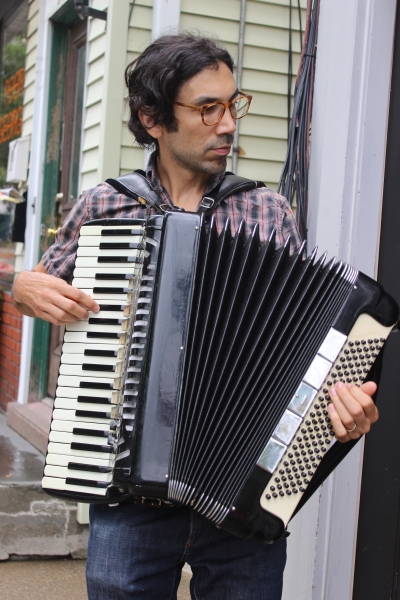 Jordan Shapiro (Photo by A. Rooney)

Shapiro says he became intrigued by Balkan music about 10 years ago. After graduating from the University of Michigan with a degree in jazz performance and improvisation, he moved to New York City, where he lived for 17 years before decamping to Beacon in 2016. (He and his wife, who works as an early intervention specialist, have two sons, ages 1 and 5.) He toured as a keyboardist and vocalist for Project/Object, a Frank Zappa tribute band, and also led the progressive bluegrass band Astrograss, which has recorded two CDs, including one for children.

Along the way, Shapiro added guitar and accordion to his musical arsenal, and the latter became his passport to the Balkans. He started a jam group with other musicians, and five years ago they formed Choban Elektrik and released an album that has been described as “psychedelic jazz fusion adaptations of Albanian and Macedonia folk tunes.” Of course! Choban Elektrik is scheduled to play Quinn’s in Beacon on Nov. 16.

Wanting to immerse himself even further in the Balkan sound, Shapiro attended a weeklong annual Balkan music camp in the Catskills offered by the nonprofit East European Folklife Center. “It was interesting to meet people who related to the music, many of whom had that ‘I don’t know what this is, but I’ve been waiting my whole life for it’ moment,” he recalls. “It immediately becomes their passion.”

Shapiro subsequently began attending the Golden Festival, which takes place in Brooklyn each year over Martin Luther King Jr. Day weekend, with 60 or 70 bands performing music from the region. 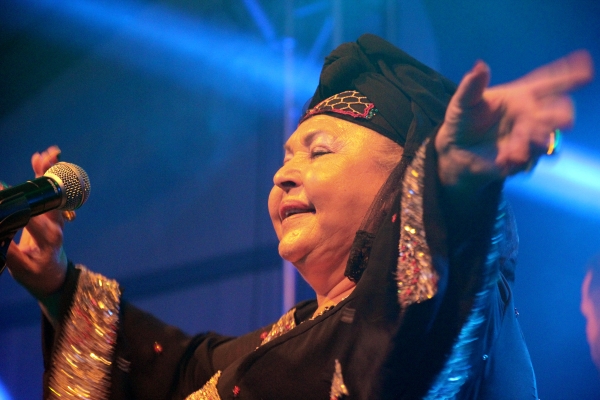 Best of the Balkans

For an introduction to the music of the region, Shapiro recommends listening to songs by these artists:

At Beacon Music Factory, he has led several “band camps” for adults, including those devoted to the music of U2, the Grateful Dead and Paul McCartney. “We work on rhythms and vocal harmonies; I assign parts,” he says. “People come in with things they’ve pulled from the internet, which are usually highly inaccurate. We figure it out together.”

He said some of his private students at Beacon Music Factory have surprised him by how receptive they are to Balkan music. “I have a piano student who is working at a fast pace and can play melodies by ear — she just gets it, with no other exposure to Balkan music. The music can be very accessible. We work on it piece by piece, week by week. That’s the best way to pass music on.”