The residents of Paulding Avenue complained that their street has not received any gravel in 18 years, and that the gutter is only paved to the corner of Colin Tolmie’s fence. “The inhabitants are good citizens and deserving of better treatment,” said the Cold Spring Recorder. “Other streets have been paved that were less deserving.”

The stained-glass windows of the Presbyterian Lecture Room on Academy Street were put into place.

A poodle belonging to Mr. Butterfass met an untimely fate while trying to fight the engine of the 7:20 a.m. train.

The Daniel Boone Wild West Company and Circus gave a performance in the vacant lot at the foot of Fair Street in Cold Spring, followed by a show by Howorth’s Irish Comedians in the evening at Town Hall. 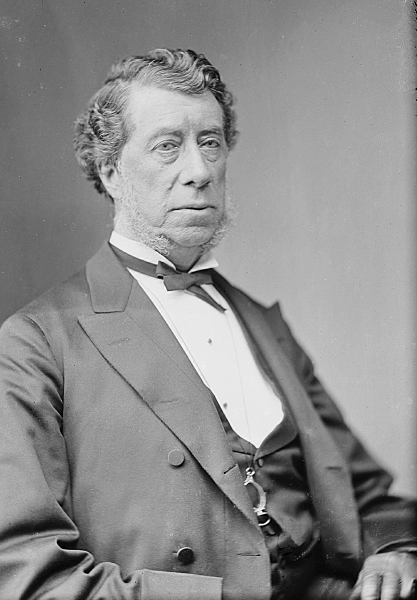 According to News of the Highlands, after being bitten by a dog, John Donohue, proprietor of the Garrison Hotel, took the animal to the river’s edge and shot it.

Hamilton Fish, 85, who was secretary of state for eight years under President Grant, died on Sept. 7 at his summer home, Glenclyffe, in Philipstown. Fish also was a former governor of the state and U.S. senator. In 1862 he was sent by the secretary of war to visit Union soldiers imprisoned at Richmond, Virginia.

Chicken thieves visited the hennery of Green Crookston and carried away 10 fowls. Green said that if the rooster were returned, the bandits could keep the chickens and he would forgive them.

The American Children’s Dress Co. in Cold Spring advertised for two female pressers and promised a “good chance of advancement.”

The Methodist Church in Cold Spring held a party at the church to celebrate the installation of electric lights. However, although a 110-kilowatt system was installed by a Peekskill firm, the current was only able to produce about three-fifths of full brightness. The Cold Spring Light, Heat & Power Co. said it would provide the required voltage.

Sgt. John Fitzgerald of Pine Street was wounded in action in Sicily when the vehicle he was riding in with three other soldiers was bombed by an enemy plane. He was the only survivor of the attack.

Hundreds of residents attended the funeral service for Bill Brown, 69, at Our Lady of Loretto. A former member of the New York State Athletic Commission, he was a noted boxing referee. During the 35 years before his death he operated Brownsdale, a health farm on the Albany Post Road in Garrison. He didn’t drink or smoke and claimed his favorite drink was hot water.

A picnic was held at the home of Mrs. Francis Dale for 30 British soldiers from the British Naval Camp at Tompkins Corners. Several local girls later accompanied the men to a showing of the film Forever and a Day.

Lt. Aaron Lazerson, a flight navigator, was reported missing in action. Before joining the war effort, he was assistant director at the Surprise Lake Winter Camp at Cold Spring.

The Garrison School announced it had hired George Mehit as its new principal. He previously worked in Albany with the state Department of Education as supervisor of its Elementary School Bureau.

The New York Times wrote about an indoor swimming pool in a $67,000 [$500,000] Garrison home that became an outdoor swimming pool with “the press of a button” when a Plexiglass roof was retracted by an electric motor. The pool was built by Kenneth Gilbert, 28, who had installed them in three of the 22 homes he had completed.

David DeCaro, a 17-year-old Marine from Cold Spring who was home on leave from boot camp, died when a car in which he was riding with five other teenagers crashed into a bridge abutment on Route 9D. The driver was charged with DWI.

A 37-year-old Utica man was stopped by a Putnam County sheriff’s deputy as he walked along Route 301 in Philipstown at 2:50 a.m. “When the suspect failed to give a good account of himself or what he was doing,” according to police, the deputy arrested him, and a judge sentenced him to 10 days in jail for loitering.

About 50 people filled Philipstown Town Hall to debate the pros and cons of dirt roads. A petition was presented to the Town Board in favor of paving, with most of the 65 signatures coming from residents of unpaved portions of East Mountain Road North and South, Esselborne Road and the Virginia Hills Estates.

After nearly two years of construction, the Franciscan Friars of the Atonement scheduled a dedication ceremony for its new St. Christopher’s Inn. The expansion and renovation project cost $6 million.

Two brothers were arrested after a bar fight at Pauly’s Place on Route 9 in Philipstown. Police said one broke a plate-glass window and other became abusive toward the deputy and business owner when his brother was arrested.

After getting off the northbound Metro-North train at 2 a.m. on his way home from work, NYPD Officer John Schwartz was startled to see a man lying next to the tracks at Cold Spring. The 44-year-old man had fallen from the train platform and fractured his hip.

Sam Japan, a Cold Spring band made up of Rick Muscat on drums, Vince Muscat on lead guitar and Greg Phillips on acoustics, has been playing gigs in New York City as part of the “alternative music” wave. It had previously been known as the Barking Spiders.