Genetics have changed the face of genealogy, with firms offering DNA tests for less than $100 that can confirm (or shoot down) hypotheses about relationships in the present or distant past. In the present, there is a downside: a number of people have discovered they, or their relatives, are not connected in the way they thought. A brother’s genetics, for example, may not resemble those of his siblings.

But there are also plenty of inspiring stories. Amy Kenny, 56, of Cold Spring, was adopted as an infant and raised on Long Island by Miriam and Arnold Goldberg. They provided their daughter with a good education and instilled in her a love of the arts and music. She has one Goldberg brother, but her parents and aunts and uncles have all died and she and her husband, Kevin, have no children.

Amy’s cousin, Emilie Epstein, has been working on the family history, making some exciting discoveries, but Amy doesn’t share the ancestors. Emilie, who is almost a generation older, says she was concerned about leaving Amy with an increasingly smaller family and determined to do something about it.

Emilie proposed that Amy submit a saliva sample to 23andMe, a genetic genealogy testing company. Perhaps, she suggested, there would be a match to someone from Amy’s biological family who also had submitted a sample.

Amy recalls being ambivalent about the idea. What if she disrupted the lives of people who had moved on and built a solid family? What if the couple who gave her up rejected her for some reason that would be better not to know? She had always been happy with her lot in life and felt fortunate that Miriam and Arnold had raised her. Unlike many adoptees, she had never yearned to know more. 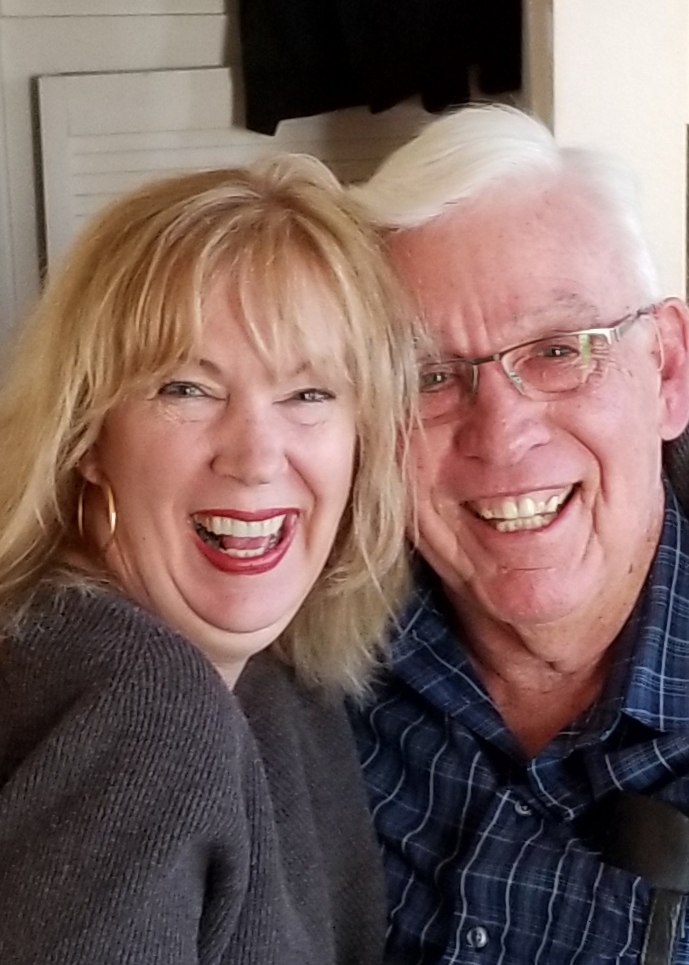 Amy Kenny of Cold Spring with her biological father, whom she met after both submitted DNA samples to a genealogy testing company (Photo provided)

But Emilie persisted, saying they might at least discover some new cousins. So the test was submitted and … revealed Amy’s biological father.

Her father was surprised, as well. He hadn’t known Amy existed.

Amy’s biological mother remains a mystery. Amy was born at Flower Fifth Avenue Hospital in Manhattan; her birth certificate says her mother’s surname was Walcott but had no information about her father.

Her biological father’s reaction to being told he had a daughter was disbelief — how could it be? A test with another genetic genealogy firm, Ancestry.com, confirmed the connection, but he says he cannot recall anything that would fit with Amy’s story. He grew up in California and never lived or worked in or near New York City. After graduating from college in Arizona, he returned to California and reconnected with his high school sweetheart. They married and have two sons, now 49 and 46. He submitted his DNA to 23andMe at the urging of his wife to learn more about the Scandinavian side of his family.

He agreed to meet Amy. One of her childhood friends, Beth Hansen, who lives in California, offered to host her and provide moral support.

“This connection was providence,” Amy says. “I met my Pops and surrogate mom Linda, whom I love so much. There are my brothers and extended family.” She plans to visit again in November and bring her husband.

We asked 23andMe if these results are common. The company doesn’t track how many adopted people have found biological family members, but anecdotally they are hearing more stories as more people submit DNA, said a spokesperson, Scott Hadly. “This week a brother and sister abandoned in Korea more than 34 years ago were reunited for the first time, and last week we heard from a 48-year-old man who found his biological father,” he said.

Many questions remain concerning Amy’s mother. One hypothesis is that she also was attending college in Arizona in the early 1960s but returned home to New York when she learned she was pregnant. What was her life like? Did her family know about the baby? Is she still living? Did she grow up in New York or did some other factor take her there before Amy’s birth?

Amy’s DNA may someday answer those questions. In the meantime, she says she is happy with what she has learned, after the amazing gift of family given to her by cousin Emilie.