A documentary called Divide and Conquer: The Story of Roger Ailes, the first of three productions about the triumphs and travails of the former Fox News chief and Garrison resident, premiered in New York City on Monday (Oct. 1). Unlike a forthcoming feature film with John Lithgow and a Showtime miniseries with Russell Crowe, this project co-stars Philipstown. 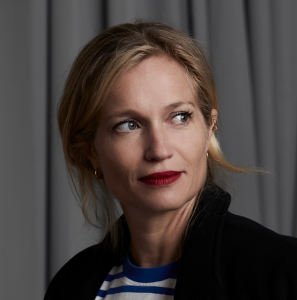 Director Alexis Bloom and a producer visited the area six times for research and to record interviews with residents, including Philipstown Supervisor Richard Shea, about their interactions with Ailes, who moved to Garrison in 2007 and soon after bought the 142-year-old local weekly, The Putnam County News & Recorder.

The film covers the career of the Warren, Ohio, native through archival footage and interviews with friends and former co-workers, from his beginnings as a producer on The Mike Douglas Show, to advising Republican candidates from Richard Nixon to Donald Trump on campaign media strategy, to his role in 1996 launching Fox News. The latter made him a multimillionaire and national figure both deeply admired and despised.

The documentary, which was shown this week at the New York Film Festival, will open in select theaters and on streaming platforms on Dec. 7.

Bloom also interviewed Leonora Burton, the owner of The Country Goose in Cold Spring and a longtime critic of Ailes, but that material did not make the final cut. Bloom said Ailes did not respond to requests for interviews before his death in May 2017 at age 77. The producers also tried to reach his wife, Beth Ailes, through multiple avenues, she said.

“Philipstown was obviously very important to Roger,” Bloom said in a phone interview before a screening on Oct. 3, which she said Shea planned to attend. “It must have reminded him in some way of growing up in Warren. I’m sure he wanted to retire there [in Philipstown], but he just didn’t do his research on the character of the town.” She paused to reconsider. “Although — maybe he did. Maybe he knew exactly and relished the challenge.” 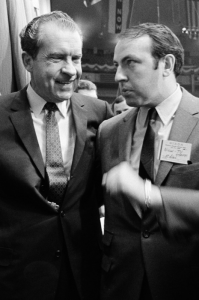 After its visit to Putnam County, the film concludes by recounting Ailes’ downfall at Fox News after he was accused of sexual harassment by former anchor Gretchen Carlson, a tale recounted in part by two crisis consultants who were summoned to Ailes’ Garrison home to advise him. (They claim that when they suggested settling the case, Beth Ailes said in a steely voice: “We will never settle this case. You have to understand something: Roger is more important than America.”)

In the film, two former PCNR staff members, Alison Rooney and Michael Turton (who since 2010 have been writing for The Current), recalled their reaction in 2008 to the new ownership of the paper.

“The community was shocked that this media mogul, this political kingpin, would have any interest in coming to Cold Spring and buying this little paper,” Turton recalled. “We thought: Is he going to do with this local paper what he does at Fox News?” Turton says in the film that, in fact, the PCNR went from being a sleepy community paper to a political tool.

Richard Shea told the filmmakers he met Ailes for the first time in the Haldane school cafeteria after a public forum.

“The first impression I had was, you know, this guy is a bully,” he recalled. Early on, Shea said, Ailes “let me know he owned the newspaper. Essentially, he said, ‘If I’m not happy, you’re not going to be happy.’ I was like, ‘OK, fine, you own the newspaper, great.’ In hindsight, that was a little naïve.”

The film includes footage of Ailes, at a 2010 meeting on proposed zoning law changes, taking the microphone to intone about property rights. 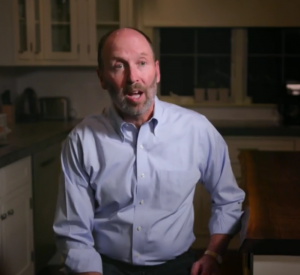 Richard Shea in the film

Shea recalled that meeting as “surreal,” saying Ailes showed up “locked and loaded…. He was worried we were going to tell him he couldn’t cut trees down, that he couldn’t keep his view, so he got people riled up. He was sort of a master at that.”

When Shea ran for re-election in 2011, Ailes backed his opponent. “Roger told me he had never lost any election campaign he’d gotten involved with,” Shea recalled. “He was going to see me out of office. At one point, he said, ‘I’ll park a goddamn Fox News truck at the end of your driveway, and I’ll have them follow you as long as I want.’ That’s not the kind of thing you’re expecting in small-town politics.”

Shea, who won easily, told the filmmakers that after the election he and Ailes developed a rapport and that he spent many hours in the Ailes’ office at the PCNR.

“He would call me on a lot of Fridays and say, ‘Come on down, I want to talk to you,’ ” Shea recalled. “It would be about local issues and morph into him telling me about himself, trying to impress me, always telling me how much money he had made. It was sad, in a way. Here’s a guy — all the money in the world, could be anywhere, do anything, and we’re sitting in the offices of the Putnam County News having a chat. I always wondered: Does this guy have actual friends? Don’t you have somewhere you’d rather be?”

John Lithgow will play Ailes in Fair and Balanced, a feature film about the scandal that led to his departure from Fox News. According to The Hollywood Reporter, the film will star Nicole Kidman as Gretchen Carlson and Charlize Theron as anchor Megyn Kelly.

Russell Crowe will play Ailes in a seven-part series adapted from Gabriel Sherman’s 2014 biography, The Loudest Voice in the Room, which includes a chapter about Philipstown. According to Variety, its title is Secure and Hold: The Last Days of Roger Ailes.

Once Ailes lost his job at Fox, Roger and Beth “were gone; they were done,” Shea told the filmmakers. “I don’t think he wanted to show his face around town. He must have cared about his reputation, obviously, and that sort of thing is not good for your reputation.”

In Shea’s assessment, Ailes “tried to take [the town] over but never really became part of it. He may have been a genius on the national scene but he really did not get what the local community was.”