How to win by losing

The crowd roared as I come bounding out of the woods, barreling downhill on the last tenth-of-a-mile of the 26.2-mile course. As I crossed the finish line, they rushed over to me with amazement and wonder, congratulating me.

I had finished … last.

The crowd was people who organized the race. The other runners had left long ago. Beyond the finish line was a field converted into a parking lot; the only car left was mine.

The course record for this race, the notorious Breakneck Ridge Trail Marathon — which consists of nearly 9,000 feet of elevation, a climb up Breakneck Ridge, a few scrambles up and down the steep trail near the Mount Beacon Fire Tower (aka the Devil’s Ladder), three trips to the summit of Mount Beacon, and an ascent of Mount Taurus — is 5 hours and 4 minutes, which I missed by 6 hours, 21 minutes and 30 seconds. Had I finished four-and-a-half minutes slower, I would have been disqualified.

In my defense, I used the race as my final “long run” before the Vermont 50 Mile three weeks later, so my only goals were a nice, easy pace, to finish before the final cut-off and to not die. I also made a wrong turn and didn’t realize it until a few miles later, which turned the marathon into 30 miles. I found out later that many people got lost during the race; they just got lost faster. 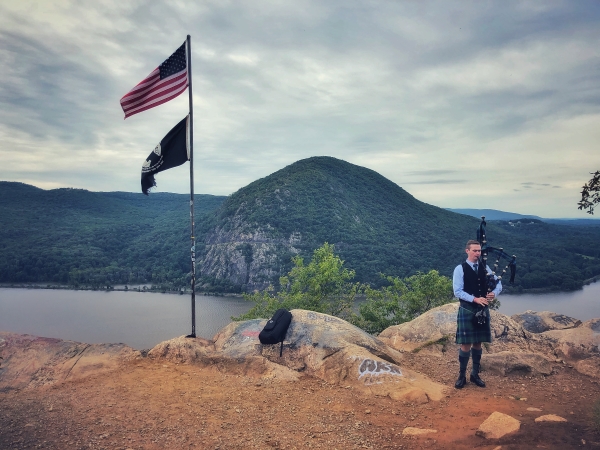 It was not the first time I’ve finished last. Fifteen months ago, for my first ultramarathon, I ran 31 miles at a ski resort that involved 12,000 feet of elevation running up and down the mountain’s Black Diamond trails. The year I ran it, only 12 people finished — I came in 12th, seven minutes before the cut-off.

And yet, as with Breakneck, I was greeted with thunderous cheers at the finish line. The guy who won the race shook my hand and told me I was amazing. He had finished several hours ahead of me but had stuck around to congratulate whoever came in last. The race photographer told me that, after his wife, I was his hero.

I smiled weakly. I thought they were making fun of me. But a few weeks later, I heard a podcast on which accomplished athletes discussed their admiration for long-distance runners who finished last. “I don’t think I’ll ever be as tough or as gritty as them,” said a man who had recently run a 200-mile desert race.

Why that admiration? I’ve been thinking about this for a while — one benefit of running 50 miles at a time is that you have plenty of time to think. The answer also clarifies the two questions I get asked most frequently about ultra-running: Why would anyone want to run 30 miles through the mountains, and why would you specifically want to run 30 miles through the mountains when you’re clearly not very good at it?

Marathoners are familiar with “the wall,” the moment about 20 miles in when your legs become rubber. In ultras, we have “the pain cave,” a long dark night of the soul in which your entire body surrenders, your spirit breaks, and your brain screams at you to stop. This continues for several miles.

But if you keep running, you slowly emerge from the cave. Everything stops hurting. Your mood soars. You feel as if your body, mind, and spirit are united and you’re achieving your potential. The glow lasts long after the race. To learn, with your whole body, that you can push yourself beyond your perceived limit when things are bleak is incredibly empowering.

It’s hard, and it hurts, no matter when you cross the line: first, middle or last. Ultras are about suffering, and overcoming that suffering. And if you finish last, you’ve overcome more than anyone else on the mountain that day. No one suffered more than you.

My next race is the Orcas Island 50K in the Pacific Northwest in February. I’ll be training in the Highlands, running on the roads and through the mountains as the leaves fall and the light gets softer. But I’m going to push myself harder than usual because it’s time to set some bigger goals. With a little more speed work and increased weekly mileage, I might just come in second-to-last.