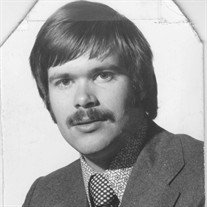 John was born May 3, 1953, in New York City, the son of John and Jane (Harmon) Battle. He graduated from St. John’s School in Beacon and Beacon High School before earning a bachelor’s degree in biology from Stonybrook University.

He was a substitute teacher at Beacon High School in chemistry for a brief time and then worked in White Plains at a water testing company. John loved music, especially his guitar. He also was an avid reader.

John is survived by his mother and two brothers and three sisters.

A Mass of Christian Burial was held Oct. 19 at St. John the Evangelist Church in Beacon, with burial at Fishkill Rural Cemetery.

Catherine enjoyed bowling and caring for children; her own and others.

She is survived by her husband of 65-years, Carl Fisher; and her children: Deborah Masch (Walter), Susan Brady (Thomas), Cathy Sue Fisher and David Fisher (Sherri). She also is survived by seven grandchildren and three great-grandchildren.

A memorial gathering will be private. Memorial donations to be made to Boys Town (boystown.org).

Jerry retired from the Beacon Police Department as a detective lieutenant. He was a parishioner of St. Joachim–St. John the Evangelist Church, an honorary life member of the Knights of Columbus, Trinity Council and a member and past president of WH Mase Hook and Ladder Company for more than 25 years. He also was head of fire investigation for the City of Beacon for many years.

Jerry loved spending time with his grandchildren, was an avid Yankee fan and enjoyed going to the beach, especially Long Beach Island. He was a member of the morning coffee crew at Bank Square.

In addition to his wife, Jerry is survived by his children, Thomas “Moose” Martin (Nicole) and Courtney Martin; his grandchildren, Matthew and A.J.; his brother, Tom Martin (Anne); and his sister, Pat Tanskey (Al).

Family and friends will gather on Tuesday, Oct. 23, from 4 to 8 p.m. at Riverview Funeral Home by Halvey, 2 Beekman St., in Beacon. Members of the Knights of Columbus will hold a service at 7 p.m. and the Beacon Fire Department will hold a service at 7:30 p.m. at the funeral home. A Mass of Christian Burial will be held on Wednesday, Oct. 24, at 10 a.m. at St. John the Evangelist Church, 35 Willow St., in Beacon, with burial to follow in the family plot at the Old St. Joachim Cemetery.

Memorial donations may be made to either Hudson Valley Hospice (hvhospice.org) or the Parkinson’s Foundation (parkinson.org). 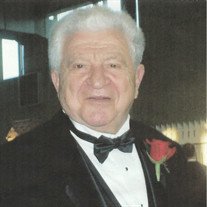 Joseph was born July 4, 1930, in Beacon, the son of Anthony and Carmella (Abazzia) Seranto. He married Rachele Casso. Joseph retired from National Biscuit in Beacon.

Family and friends will gather on Monday, Oct. 22 from 4 to 8 p.m. at Riverview Funeral Home by Halvey, 2 Beekman St., in Beacon. A Mass of Christian Burial will be held on Oct. 23 at 10 a.m. at St. Joachim Church, 51 Leonard St., in Beacon, with entombment to follow at Fishkill Rural Cemetery.