“My initial interest in diving into Poe’s work more was that it has survived the test of time,” says the composer, who lives in Nelsonville. “It’s as intriguing and disturbing as it was when it captured people’s imagination in the 1840s. I knew that I could create textures and sounds that were scary to accompany it.”

On Saturday, Oct. 27, Kelly and three fellow musicians will provide accompaniment for actor Lenard Petit as he reads a selection of Poe’s most tingly stories and mournful poems. The free show, which begins at 7 p.m. at the Butterfield Library in Cold Spring, is not suitable for children.

“The shape [of the performance] is charted out, but the music will be improvised,” Kelly says. “We’ll be working like a jazz group.” 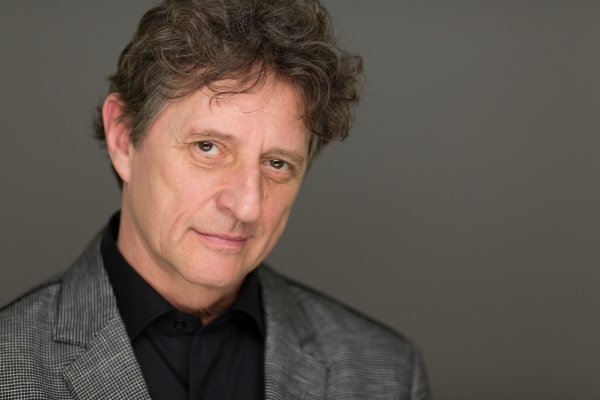 Kelly and Petit, who is director of the Michael Chekhov Acting Studio, first created the Poe program a few years ago and will perform it on Oct. 26 at the Cornelia Street Cafe in Manhattan before bringing it to Butterfield. Kelly says he’s become a fan of the library since his family moved to Philipstown five years ago. “It’s my favorite place in Cold Spring,” he says.

Kelly, who grew up outside Pittsburgh, started playing piano at age 6. He recalls that his mother “wanted to learn how to play ‘Edelweiss’ [from The Sound of Music]” and so rented a small piano. “I started making sounds on it and that led to lessons from the lady down the street. Because the instrument was in the house, the course of my life was changed. By the time I was in sixth grade, the piano tuner told my parents we would need a better piano and a better piano teacher.”

Among Kelly’s touring programs is Rakonto (Esperanto for “story”), an ongoing series that so far has 12 installments. The idea stemmed from Kelly hearing a recording of his great-grandfather. “For me, listening to his voice as a young boy, in a radio interview, forged a connection,” he says. “While my band was improvising, we’d play his voice, then improvise.” 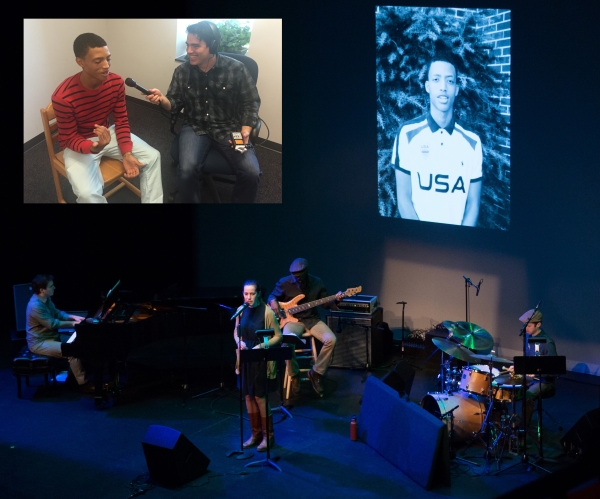 A performance of Rakonto (Photo provided)

A second recording made by his wife’s grandmother, recounting the story of her 58-year marriage, cemented the idea that voices mixed with music powerfully heighten the emotional response.

“That project was just for my family, but I realized I could do it with a whole community,” Kelly explains. He received a state grant to interview immigrants around Flushing, Queens, about coming to America. “I interview people, then go home and listen to the recordings, over and over again, for the golden moments,” he says. “I edit them all together, and compose a piece of music inspired by that story.”

His subjects so far have included New York farmers, refugees from Africa and Syria and, most recently, for a performance scheduled for May at SUNY Purchase, immigrants who were the first in their families to go to college. “The most wonderful thing is that I have had meaningful conversations with people I’d never met before, and wouldn’t be likely to meet,” he says.

The family bought an old baby grand and soon Kelly was taking the trolley each week into Pittsburgh for lessons. Exposed for the first time to modern composers such as Schoenberg, his creativity exploded, he says. He went on to study music at Duquesne University in Pittsburgh and jazz at Capital University in Columbus, Ohio. There, he and some friends “recorded three standards onto a cassette and took it around to local restaurants.” Somewhat to their surprise, they booked lots of gigs. 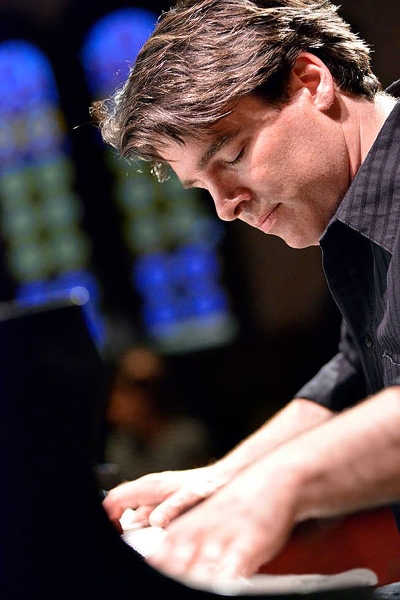 “The city was one of the 10 fastest growing in the U.S., and it was a great time to make music,” he recalls. “We played in all genres: salsa, reggae, blues.”

In 2000, Kelly and his wife, Katherine, moved to Brooklyn, where he mixed composition with touring. He has composed for chamber orchestra, string quartet, film and multimedia theater works, and released five CDs of original compositions.

Kelly toured overseas as part of the Jazz Ambassadors program organized by the Kennedy Center and U.S. State Department and is co-founder of Connection Works, a nonprofit that presents workshops and concerts for young people.

Five years after the birth of their daughter, Sofia, the couple decided to make the move. “I had this moment, after waiting at the post office for over an hour just to get a stamp,” Daniel Kelly recalls. “Our neighbors had a place up here. I went online and found renting a house was cheaper than an apartment in Brooklyn.”

Kelly still runs a concert series in Brooklyn once a month, but increasingly he is touring. His programs include All the World’s A Song: Shakespeare in Jazz, in which he wrote a soundtrack for the bard. “Shakespeare is challenging material,” he says of the program, which he presented at Butterfield in December. “It’s a joy to get to hear his words with my music!”