The Village of Nelsonville is getting serious about adding sewers that would serve most of its 700 residents.

Addressing the Cold Spring Village Board at its Oct. 23 meeting, Nelsonville Mayor Bill O’Neill was careful to point out that his village is in “the early stages” of exploring the possibility but left little doubt that he supports the project. He said Nelsonville’s economic development needs “are impeded by the lack of a sewer system,” and that the reliance on septic systems decreases property values.

O’Neill was in Cold Spring because, if the project moves forward, Nelsonville sewers would connect with the existing Cold Spring system. 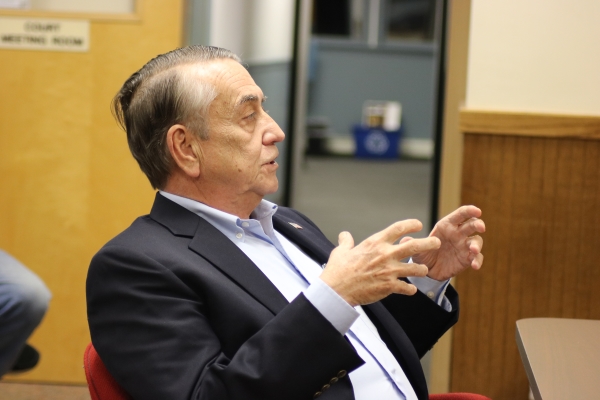 The mayor said a study in 1969 estimated the cost of installing sewers in Nelsonville would be about $800,000, or about $5.6 million in today’s dollars. O’Neill said that a review of that plan by an engineering firm put the present-day cost at about $7 million. Such a system would serve the core of Nelsonville; homes on the outer edges of the village would continue to use septic systems.

O’Neill said a detailed engineering analysis is needed, including confirmation that the Cold Spring sewer system has the capacity to handle Nelsonville’s waste. Two engineering firms are being interviewed.

The timing may be right for funding, according to O’Neill, who pointed to a recent $18 million sewer project in Hyde Park that was largely paid for by state and federal grants. He added that if improvements are needed in the Cold Spring system, the municipalities could consider a joint application for funding.

“I’m a realist,” O’Neill said, acknowledging the potential for backlash from Nelsonville residents who prefer their septic systems. But, he said, the village needs to explore the possibilities. He added that the Nelsonville Village Board is supportive of the project and hinted at the possibility of a public referendum.