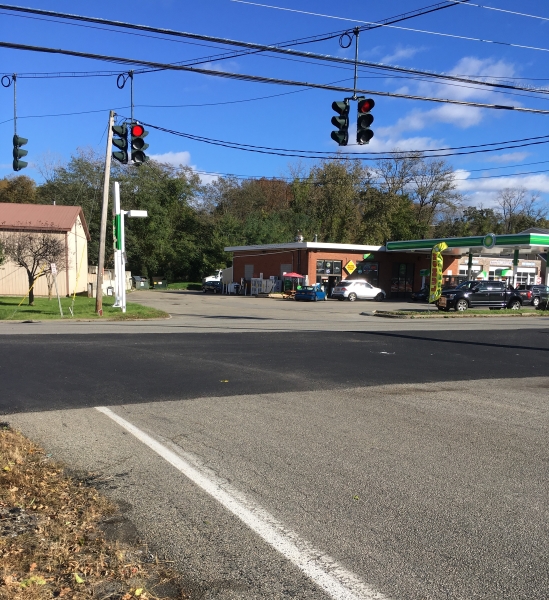 The intersection of Route 9 and Fishkill Road (Photo provided)

The Putnam County Highway Department has repaired a dip in Fishkill Road at the intersection with Route 9 and installed a traffic signal that directs drivers exiting the Gulf service station.

According to Barbara Scuccimarra, who represents Philipstown in the county Legislature, the highway crew filled and paved the dip and realigned the sensor for the traffic signal. She also pointed out the need for a light with four sides for vehicles exiting the gas station. She said the state Department of Transportation (DOT) had declined to make the fixes.

“I want to thank [Commissioner] Fred Pena and his crew,” Scuccimarra said. “This wasn’t the county’s responsibility, yet he didn’t hesitate to step in, and now we have DOT’s attention on other upgrades this intersection needs.”

2 thoughts on “New Paving on Route 9”