The Munsee and Lenape Indians consumed wild crops such as berries, nuts and root vegetables. Using fire to remove forests, they cultivated a variety of plants, including corn, beans and squash, grown together in raised mounds. Fish were used as fertilizer. Across the Americas, native peoples cultivated more than 300 crops. 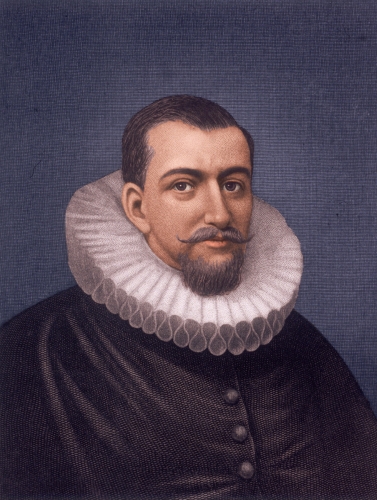 Henry Hudson (left) called the Hudson Valley “the finest land for cultivation I have ever set foot on.”

The Europeans considered farming to be mostly a man’s occupation. (In Native American culture, women were the farmers.) Woodlands were widely removed for fuel and to expand farmlands. Everything was planted and harvested by hand, with oxen and horses used for power, pulling wooden plows. A cast-iron plow was introduced in 1797 and a steel plow by John Deere in 1837. In 1820, the U.S. House established its agriculture committee. In 1834, Cyrus McCormick (below right) patented a mechanical reaper to harvest grain. 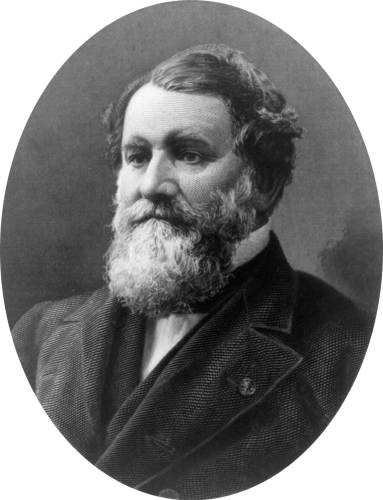 Factory-made farming equipment began to appear on the market in the 1840s and in 1842 an English factory introduced chemical fertilizer. In 1846 George Emerson observed that “the new settler cleared in a year more acres than he can cultivate in 10.” Wheat, barley and rye were grown in large, separate fields. Corn, adapted from Native American varieties, provided animal feed. An agricultural census conducted in 1860 showed 393,000 acres of farmland in Dutchess County (compared to 113,000 today) and 95,000 in Putnam (compared to 5,900). The most common crops were oats, corn, rye, Irish potatoes and tobacco.

Farmers began to use silos. In 1888 a refrigerated rail car traveled from California to New York. The gasoline-powered tractor appeared in 1892 and the first tractor company was formed in 1905. As wood was supplanted as a fuel by coal, oil and gas, the forests regenerated, replacing fields. Many Hudson Valley farmers migrated west to flatter, more fertile lands. Land values decreased. Farmers began to focus on producing food for urban areas, especially New York City. Specialty crops such as apple orchards and vineyards appeared and technological innovations increased crop yields. Wholesale food distributors decreased the contact between farmers and consumers.

As the transition from horses to tractors was completed (the number of tractors in the U.S. overtook the number of horses and mules in 1954), large-scale, mechanized mono-culture crops and genetically modified plants become more common. The first mechanical tomato harvesters appeared in 1959. Health concerns increased due to industrial pollution and the use of chemical fertilizers and pesticides. “No-tillage” farming took hold in the 1970s, in part to curb erosion. A 1989 report concluded that the Hudson Valley region produced only 15 percent of the food eaten by its own residents. Farmers’ markets grew in popularity. As farm families shrank, more laborers came from outside the U.S.