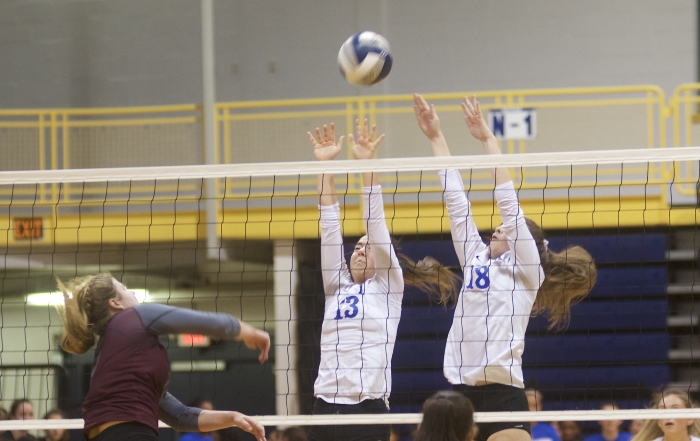 Melissa Rodino (13) and Melissa Barry (18) look to block at the net vs. Valhalla. (Photo by S. Pearlman)

The two squads met at Pace University for the Section, 1 Class C championship, and the Vikings left with a 3-1 victory and their perfect season intact. 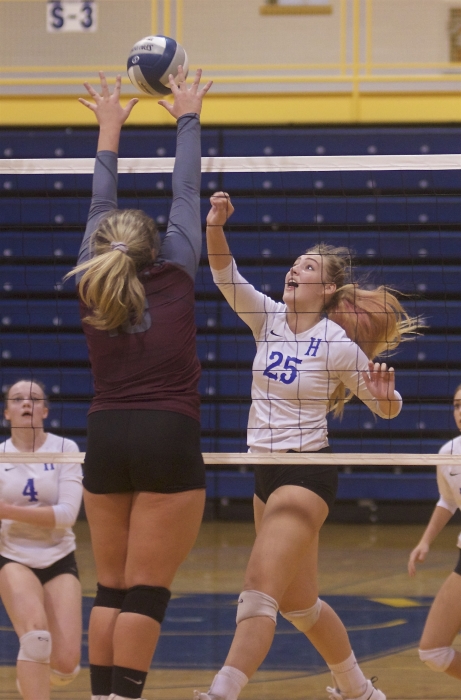 enior Willa Fitzgerald (25) goes to the net in what would be her last match for Haldane, capping a stellar career. (Photo by S. Pearlman)

In the third set, the Vikings took advantage of uncharacteristic Haldane mistakes and won convincingly, 25-9, then closed with a 25-16 victory.

Coach Kelsey Flaherty conceded her team was not at its best.

“I was surprised at how poorly we played in the third set after winning the second,” she said. “We didn’t carry any of the momentum over. On our best day I think we win that game, but we made a lot of unforced errors and missed services. It comes down to who makes the least errors and they played better than us.” 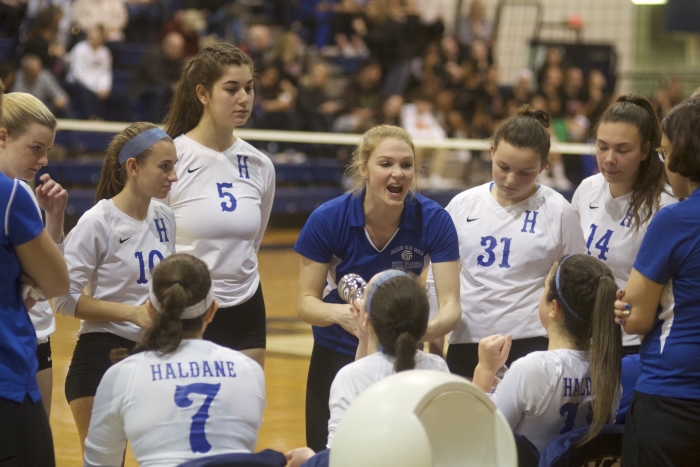 Haldane coach Kelsey Flaherty talks to her team during a timeout last week at Pace. (Photo by S. Pearlman)

She noted there is more stress and pressure with a do-or-die tournament game but “the experience will help them know what to expect if we can get there again next year.”

Senior Willa Fitzgerald had 12 kills and four aces for the Blue Devils, and Melissa Rodino added 17 assists. “Willa had a pretty good game, but it’s hard when everyone is not on,” Flaherty said. “She was always the one to stop on our team.”