Members of the Melzingah Chapter of the Daughters of the American Revolution traveled to Mystic, Connecticut, recently to attend a luncheon honoring Barbara Miller, a retired commander in the U.S. Navy, in recognition for her service during the Vietnam War. Miller was raised in Beacon and has been a chapter member since 1952. 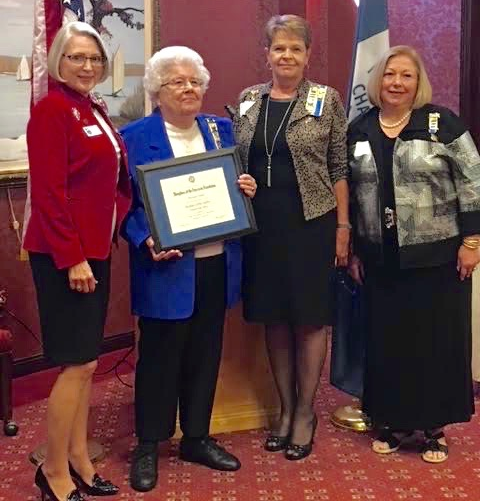 Miller spent 20 years as a U.S. Navy nurse, starting in 1961 at the National Naval Medical Center (now Walter Reed) in Bethesda, Maryland. In 1964 and 1965, during the beginning of the war, she treated wounded Marines in Japan. In 1968, she helped care for the crew members of the USS Pueblo after they were freed from captivity in north Vietnam. She also worked with veterans with spinal injuries in San Diego and cared for amputees in Philadelphia.

DAR membership is open to any woman who has a direct line to a patriot who served in the Revolution. See melzingahnsdar.org.

One thought on “Naval Officer from Beacon Honored”