After ninth months of discussions, the Comprehensive Plan Update Committee has completed a 22-page draft and will host the first forums to hear feedback: at 1 p.m. on Sunday, Nov. 18, at North Highlands Firehouse, and at 7 p.m. on Thursday, Nov. 29, at the Continental Village Clubhouse (postponed from Nov. 15 due to inclement weather). Others are planned for the spring before the committee presents a final draft to the Town Board.

Nat Prentice, the committee coordinator, says the comprehensive plan “is a resident-inspired vision statement of what we want our town to look and feel like. It tells the outside world what we want to be and stand for.” He said the updated plan will be a guidebook for local officials, developers and residents “in an ongoing balancing act by which our vision is implemented.” 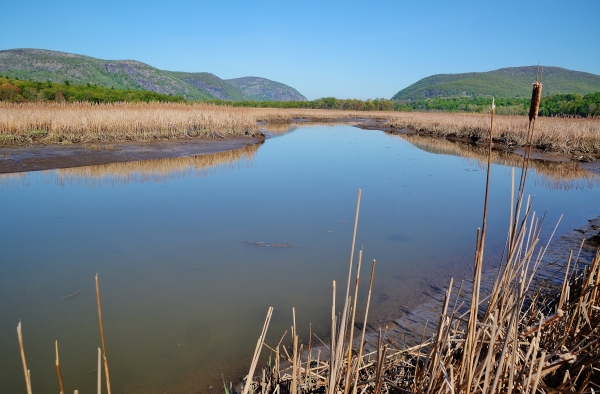 The proposed comp plan update repeats the 2006 call for protection of the Hudson River. (Photo by L.S. Armstrong)

Adopted by the Town Board in March 2006, the comprehensive plan outlined policies for land use and related topics. Although not a law, it provides direction and sets goals. One 2006 goal, to revise the zoning laws to better control development, became reality in 2011 when the Town Board updated the code.

The proposed update advocates more shared services among jurisdictions to cut costs and zeros in on school taxes. The draft notes that Philipstown contains all or part of four school districts. Across the four, taxes on properties with the same value “can vary by as much as 300 percent,” the draft states.

It proposes a townwide re-evaluation; formation of a citizen taskforce to review school tax problems; maximizing tax revenue by concentrating new commercial development in locations with existing infrastructure; and asks the town to balance tax-revenue benefits of development against the expense of extending services to new structures.

Placement of cell towers recently became a volatile local issue and the draft recommends that town officials create an advisory committee of “knowledgeable residents” to weigh in on such technological matters.

Concerns about climate change and sustainability underlie much of the draft update’s treatment of environmental issues.

Along with updating the zoning code, the 2006 plan listed nine other goals:

10. Ensure that residents can enjoy good health across their lifespans
11. Promote continued use of agricultural land for farming
12. Create strategies to ensure achievement of these goals

For example, the draft cites road salt as a threat to aquifers, wells, streams and the Hudson River and proposes decreased reliance on personal vehicles. To that end, it suggests daily public transportation to cut air pollution and provide mobility to residents, especially senior citizens; continued support for the Hudson Highlands Fjord Trail between Cold Spring and Beacon; and hiking-biking trails linking the libraries, schools, town Recreation Center, Garrison’s Landing, Cold Spring and other locations.

Making Philipstown less car-dependent would fulfill a Climate Smart demand for action to improve air quality and promote residents’ health and fitness. In 2017, the Town Board voted to make Philipstown a Climate Smart Community, an initiative to curb pollution and safeguard communities from natural disasters and other by-products of climate change.

The draft update also advises that the town create an advisory committee on trees; identify threats such as failures of dams and contamination of groundwater; reduce impervious surfaces; minimize the use of fossil fuels; and amend requirements on road construction to favor unpaved roads, including private roads.

It recommends an inventory of all agricultural ventures; recommends open space be preserved as fields, not lawns; and advocates establishment of a community garden.

Finally, the draft seeks zoning restrictions to prevent youth access to alcohol and vape and tobacco products; a ban on smoking on town-owned property; improved recreation and possible sharing of facilities with schools; continued support of anti-drug-addiction programs; reduction of solid waste; and promotion of composting.

One thought on “Where is Philipstown Headed?”