The Beacon City Council will hold a public hearing on Monday, Nov. 19, to hear feedback on a recrafted sign ordinance that became an issue earlier this year when city officials declared the existing law unconstitutional.

The law was called into question after the city repeatedly clashed with Jason Hughes, a business owner who hung politically topical banners on the side of a warehouse he owns that faces Route 52.

The city argued that his 8-by-34-foot vinyl banners, which addressed issues such as immigration, racism and municipal elections, could only be hung in conjunction with an upcoming event, such as an election.

But a 2015 U.S. Supreme Court ruling that municipal sign restrictions must be content-neutral led the city in June to drop charges against Hughes for refusing to take down what it said were illegal signs. 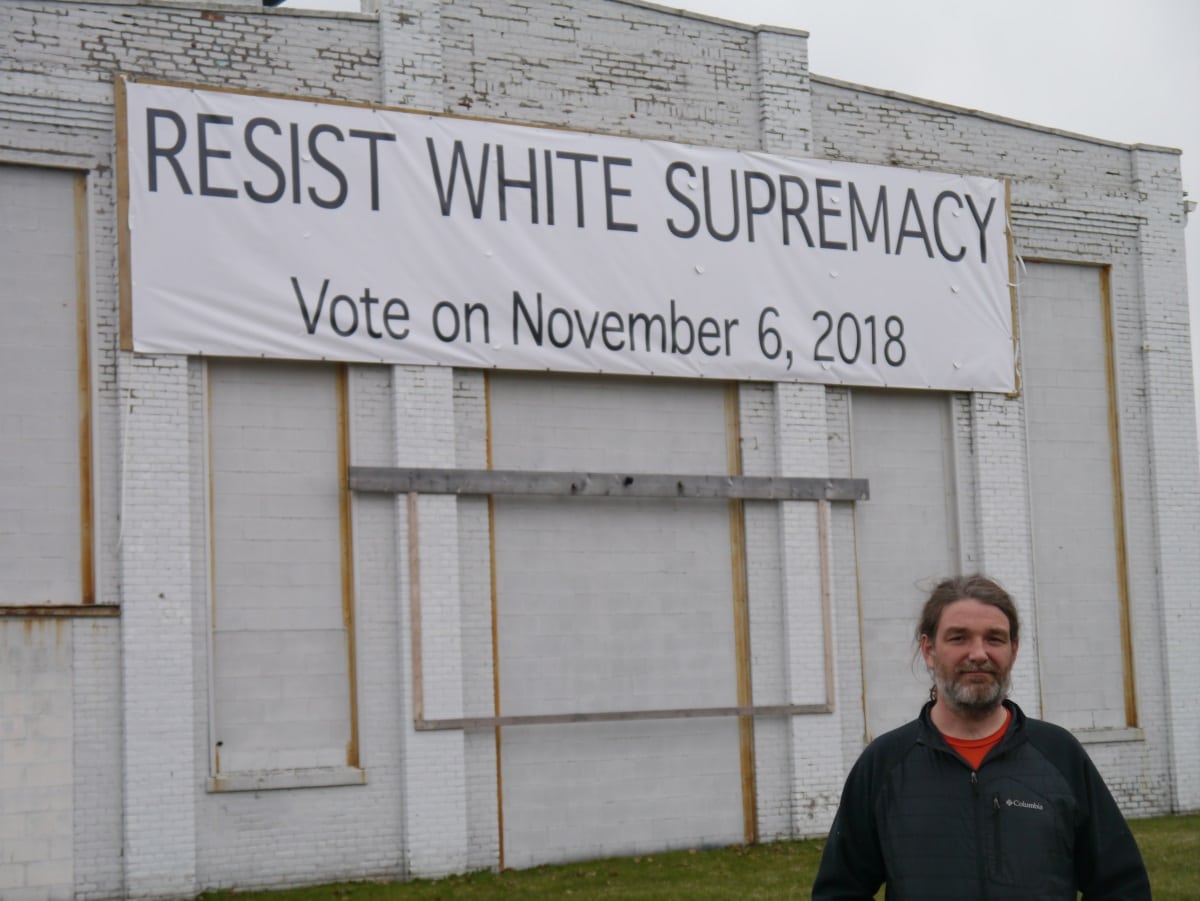 Jason Hughes with the banner he hung on the side of the warehouse he owns at 4 Hanna Lane (File photo by J. Simms)

The draft of the new regulations would require permits for certain signs but not others. Real estate and construction signs, for example, would be allowed in residential zones without a permit, as would lawn signs (not exceeding 3 square feet) for elections, yard sales and other events as long as they were removed within seven days after the event took place.

Identification signs, (such as for an apartment complex), banners and temporary signs would require permits. A temporary sign — as determined by the building inspector — could only be hung for six months out of a year.

Permit fees would remain unchanged, ranging from $10 to $25.

In commercial and other non-residential zones, public notices, identification and real estate, and a handful of other types of signs would be allowed without permits. Lawn signs would also be allowed without a permit but would be subject to the seven-days-after-an-event rule, and could only be installed for six months at a time.

Size restrictions — generally 6 feet in total area for signs that don’t require permits — would apply in each zoning district. All signs in the city’s Historic District would need approval from the Planning Board.

Neither Hughes nor his signs were mentioned in any of the council’s discussions about the revised law, but the proposal would require him to obtain a permit to hang political signs from his warehouse and significantly reduce their size. The new limit for temporary signs in non-residential districts would be 32 square feet; Hughes’ signs were more than eight times that.