The Dutchess County Legislature this week rejected a proposal to spend at least $2.4 million to refurbish Dutchess Stadium, adding uncertainty to the future of the minor league baseball team that has played there for 25 seasons.

To further complicate matters, the land under the stadium is owned by the Beacon City School District, which leases it to the county. That lease expires on Dec. 31, and if the agreement is not extended, the district could inherit a stadium it may not want.

Earlier this month, County Executive Marc Molinaro asked the 25-member Legislature to approve $2.4 million in bonds to add to a $600,000 state grant to pay for a first phase of improvements to the stadium, which has been home since it opened in 1994 to the Hudson Valley Renegades, a Class A Short Season team currently affiliated with the Tampa Bay Rays.

Renegades owner Jeff Goldklang said this week that the 4,500-seat facility is in dire need of repair. The folding mechanisms in about a third of the seats are broken, he said, while damaged concrete under the seating “bowl” creates a hazard and cracked plastic on seats and bleachers snags clothes or skin. He argued it is the county’s “contractual responsibility” to provide a safe facility for spectators.

“We need to cross a bunch of bridges to throw a first pitch in June of next year,” he said.

Dutchess legislators were not persuaded, and on Tuesday (Nov. 13), only 13 members voted in favor of issuing the bonds, falling short of the two-thirds majority needed. Both Frits Zernike and Nick Page, whose districts include Beacon, voted against the proposal.

Zernike described the bond plan as “a rush job,” while the Democratic legislators said in a statement that Molinaro now plans to “give away” the county’s stadium, which they said is worth $20 million.

“They came to us in the 11th hour, and I don’t want to rubber stamp this and put us $6 million in the hole,” Zernike explained.

The $6 million figure includes the cost of a second phase of repairs, which Zernike said would require another $3.6 million — for a team that members of the Legislature contend hasn’t committed to stay in Dutchess.

In 2006, the Renegades signed a 10-year lease with the county. The team has since extended the lease twice, for a year at a time. Earlier this year, it agreed to extend the lease a third time, for the 2019 season, which begins June 14.

But Molinaro said on Wednesday (Nov. 14) that he’s reached an agreement for the Renegades to stay at Dutchess Stadium for at least five years, contingent on the county upgrading the facility. If the Legislature agreed to the full $6 million in upgrades, he said, he expects to finalize a 20-year agreement in which the team takes on some of the costs. 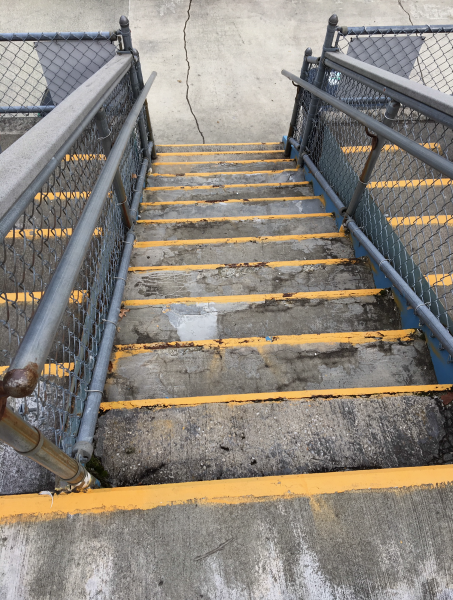 In a letter dated Nov. 8, Goldklang told Bill O’Neill, the deputy county executive, that if the county issued bonds for the first phase of repairs, the team would sign an agreement “contemplating” a 20-year lease. But if the second phase wasn’t approved in 2019 to bring the stadium “up to a professional minor league standard,” the team wanted an option to leave after five years.

That appears to have been too risky for the Democrats.

“Saying no to this bond rejects the haphazard planning of county projects while leaving plenty of room for a solution that works for all parties,” argued Page.

Meanwhile, the school district’s 10-year lease with Dutchess County on the land beneath the stadium expires in six weeks.

School board President Anthony White said on Wednesday that district and county officials met in September to discuss a one-year extension to give the county time to negotiate with the Renegades. The board will discuss the proposal at its meeting on Monday, Nov. 19.

If the school district were to assume ownership of the stadium, it would take on “catastrophic risk,” Goldklang warned. After contracting for snow removal and other routine maintenance, he said, the costs “would far exceed the amount that they would receive from any tenant.”

Molinaro said he would like to see the Legislature reconsider stadium funding, “and we hope that residents will ask them to do so.” He argued that the stadium attracts hundreds of thousands of people to Dutchess annually and is one of the county’s longest-running family entertainment venues.