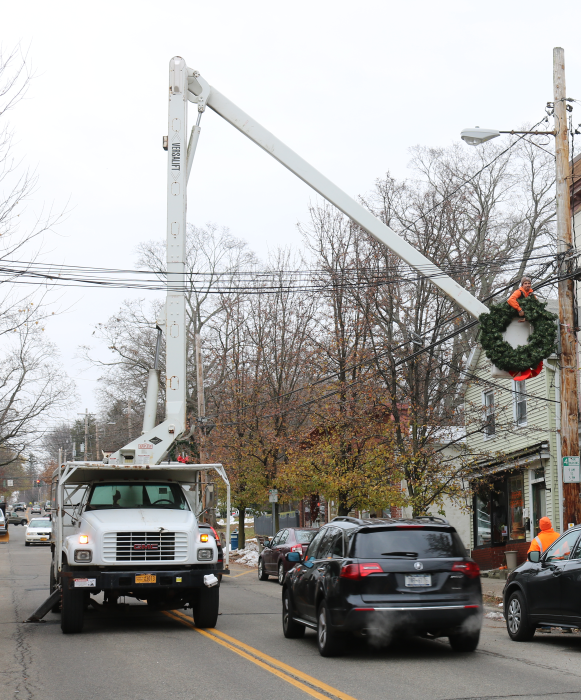 ‘TIS THE SEASON — High above Main Street, workers recently installed Cold Spring’s annual holiday lighting. Pedestrians may balk at walking under a ladder, but village drivers winked at superstition, calmly driving under the long arm of the aerial bucket. (Photo by Michael Turton) 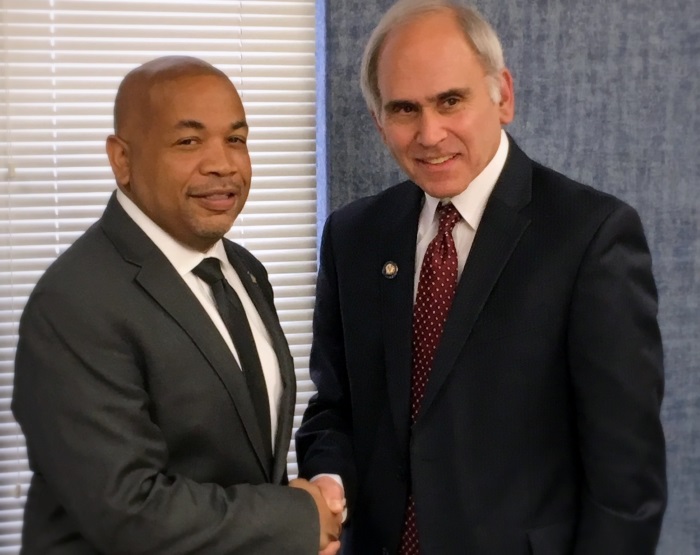 ASSEMBLYMAN SWORN IN — In Albany on Nov. 15, New York Senate Assembly Speaker Carl Heastie swore in Newburgh City Council member Jonathan Jacobson as the new Assembly member for the 104th District. Jacobson, who won the election on Nov. 6, filled the vacancy created when Frank Skartados died in April. “I am excited to get to work representing residents,” said Jacobson. “I have been working with state Senator-elect James Skoufis on matters which affect our districts, which overlap.” Skoufis will represent the 39th Senate District, which includes the City of Newburgh and the Towns of Newburgh and Marlborough, which are in the 104th Assembly District. Jacobson has resigned as a member of the Newburgh City Council. (Photo provided) 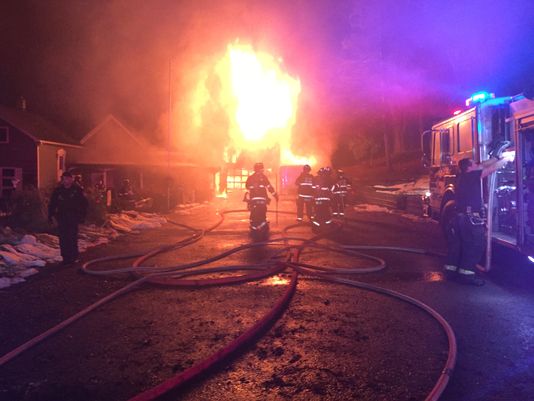 GARAGE FIRE — Beacon firefighters responded to an electrical fire in an attached two-car garage at 58 Chiusano Drive around 8:50 p.m. on Nov. 19. On the scene within two minutes, firefighters were able to prevent the fire from spreading into the 1.5-story house, although the front porch area received some fire damage. Occupants were able to exit the home unassisted and without injury. Village of Fishkill fire crews assisted, while the Red Cross provided temporary housing and assistance for four adults and a dog. (Photo provided)