When Sean Patrick Maloney was elected to the House of Representatives in 2012 to represent New York’s 18th District, which includes the Highlands, one of his immediate goals was to be appointed to the Committee on Agriculture, which he was.

“It’s critically important to the district,” he said, especially its work on the Farm Bill, an omnibus piece of legislature written every five years to outline the nation’s agricultural, food and nutrition policies. “We have a couple of thousand family farms in my part of the Hudson Valley. It’s more than $100 million to our local economy. It’s critical to our way of life, to our way of interacting with the land; it’s essential to the preservation of open spaces, and to the terrific balance we have in the Hudson Valley between a strong economy and a wonderful quality of life.”

Maloney considers the Farm Bill that passed in 2014 the best ever for the Hudson Valley. That value, and how the bill has changed, became clearer on Sept. 30, when it expired without a new bill in place. Its expiration left a lot of its programs unfunded, including many that were introduced in 2014 to help the Hudson Valley and other regions driven by smaller, family-run farms, with a strong farming culture and an interest in sustainable agriculture.

The bill also provides for various subsidies to farmers to help stabilize their income when crop prices or yields fall. They average about $4,700 annually to farmers in Putnam County, $6,100 in Dutchess and $11,000 in Orange. (The state average is $8,000.) Nationwide, the federal government spends about $20 billion on subsidies, and about 40 percent of farmers receive them. The largest payouts go to producers of corn, soybeans, wheat, cotton and rice. 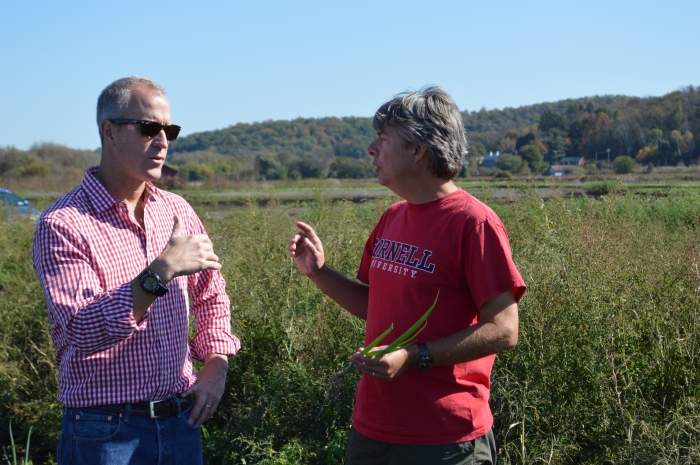 One key program funded by the 2014 bill was designed to bring in new farmers to succeed those who are “aging out.” The Beginning Farmers and Ranchers Development Program trains new farmers and helps them buy and develop their own acreage.

“Many of its initiatives are designed for low resource or historically underserved farmers: military veterans, farmers of color and indigenous farmers,” explained Jessica Manly, a representative for the National Young Farmers Coalition, an organization based in Hudson. With federal funding, the coalition created a Farmland Affordability Calculator to help farmers figure out how much capital they need. The same federal program provided Glynwood in Cold Spring with $400,000 to train farmers.

“This was an area of real bipartisanship,” said Maloney about the program. “And it should be again.”

Glynwood also received funding from the 2014 Farm Bill that it has used to instruct livestock farmers on how to grow grasses more resilient to climate change. An additional $249,000 in federal funding allowed Glynwood to create the Hudson Valley CSA Coalition to promote Community Supported Agriculture. Liz Corio, vice president of development and administration at Glynwood, said that so far the coalition seems to be working, as farmers taking part are reporting increases in membership.

“We hope that ultimately, like our work with cider, that it will be a self-sustaining and self-organized effort that really adds value for these farmers,” she said.

The CSA Coalition is working on connecting with potential customers who historically have not had access to CSAs, either in terms of location or affordability. Corio said that means continuing to make shares more affordable for low-income families through discounts or the Supplemental Nutrition Assistance Program (SNAP), commonly known as food stamps. 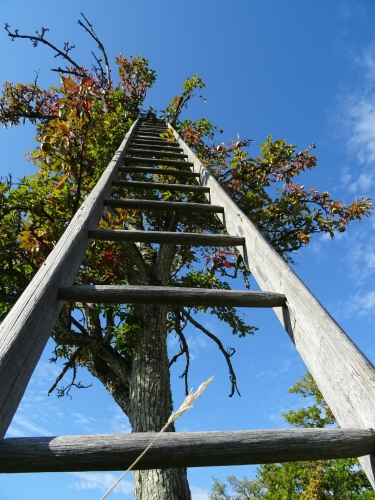 Many people are unaware of the number of rules and regulations required of farmers, including those in the Hudson Valley. According to one study, among the most regulated are apple farmers, who must comply with an estimated 12,000 restrictions and rules that govern orchards, up from about 9,500 a decade ago. Tree fruit farmers were recently issued rules on the proper angling of ladders.

New York State has many of the same regulations, just more stringent. Its laws regulating farm labor — their work conditions, pay, living facilities and health — are among the strictest in the country.

Farmers say they understand that food safety is vital to their livelihood. But the time and expense involved with compliance with so many rules can be prohibitive. “The number of regulations goes up, but the cost of complying never goes down,” says Maire Ullrich, the agriculture program leader at the Cornell Cooperative Extension office in Orange County. It would help the agricultural community tremendously, she says, if the system could be simplified.

That puts the program at odds with the proposed 2019 Farm Bill under consideration in the House of Representatives. The SNAP Program, which makes up the majority of the Farm Bill funding, is once again a target of partisan bickering. A small group of House Republicans is pushing for stricter work requirements for recipients of SNAP benefits. The Senate version of the bill, which has enough bipartisan support to pass, has no new requirements. This roadblock has proved frustrating to many in Congress, including Maloney.

“The last Farm Bill saved $100 billion, and most of that is because of SNAP,” he argued. “Those nutrition programs have been saving us money. It is one of the most efficient programs in the federal government, it helps people, and it has a magnifying effect on economic activity in general, particularly when food-insecure families can buy produce locally from farms like the ones we have here in the Hudson Valley.”

With the Farm Bill delayed, some are wondering if it’s time to think in broader terms with a “50-year” farm bill, rather than 5-year legislation, to shift the focus from short-term industrial agriculture toward longer-term considerations such as soil health, reducing toxins, sequestering carbon and boosting rural farm communities.

At Glynwood, Corio said there would be definite benefits to that approach. “When you’re talking about natural systems and the big fixes to wicked problems that affect our food system, you can’t talk about them in five-year sections,” she said. 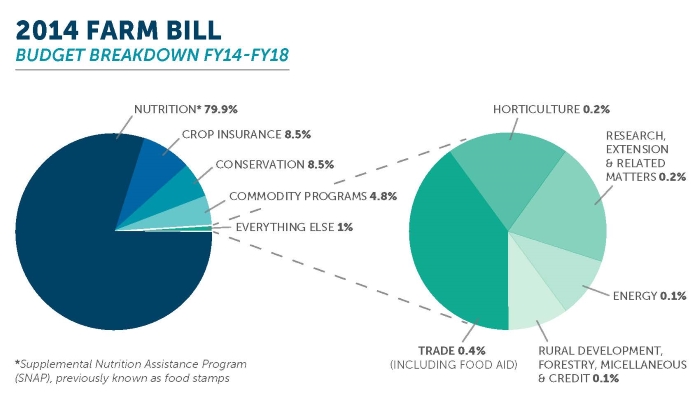 Maloney said he wouldn’t rule out longer-term plans being part of future farm bills, and many of his contributions to the 2014 Farm Bill, including increased support for conservation easements, looked beyond 2019. But he suggested that a more prudent course of action would be to authorize longer-term projects as their own bills, so they aren’t at risk of losing funding every five years depending on the direction of the political winds.

That approach would allow the Farm Bill to continue to be revised in five-year increments to address changes in agricultural markets. “For example, dairy farmers were not well served in the 2014 Farm Bill, and we need to make changes to the margin pricing program that supports them,” said Maloney. “They want us to pay attention in intervals if something’s not working.”

With Democrats about to retake the House, the 2019 Farm Bill has been moving closer to completion in the current “lame duck” session, although SNAP benefits remain a sticking point. Even if Congress can’t iron out the particulars over the next few weeks, it could re-authorize the 2014 bill for another year. That’s not without precedent: The 2014 bill began as the 2013 Farm Bill. Considering how well the 2014 bill worked out for the Hudson Valley, Maloney admitted a delay might not be the worst thing in the world.