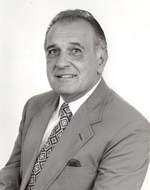 Albert Carmen Romanelli, 86, a lifelong Beacon resident, died on Nov. 22, 2018, at his home after a long battle with Alzheimer’s disease.

He was born Jan. 27, 1932, in Beacon, the son of Antonio and Rose (DiMenza) Romanelli. He was a graduate of Beacon High School and studied at Dutchess Community College.

Albert served with the U.S. Army from 1952 to 1954, during the Korean Conflict; upon his discharge he returned to his position at IBM in East Fishkill, where he continued for 39 years until his retirement as an advisory (senior associate) engineer. On Oct. 20, 1962, he married Rosemary Ann Bolsover.

Albert served as commissioner of public works in Beacon, councilman-at-large; acting mayor under Clara Lou Gould; and chairman of the Beacon Recreation Commission; He was a boxing coach for the Golden Gloves at Beacon High School; a Boy Scout Leader; a communicant of St. John Evangelist Church in Beacon, where he served as lector; St. John’s CYO and a member of the Knights of Columbus Council 445 of Beacon

Albert loved going to the racetrack, casinos and day trips with his wife. He had a passion for gardening and helped start the Beacon Farmers Market. He was known for his beautiful flowers and orchard at his home on Rombout Avenue.

A Mass of Christian Burial was offered Nov. 26 at St. John the Evangelist Church in Beacon, followed by interment and military honors at the St. Joachim Cemetery.