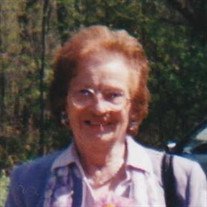 Born Sept. 19, 1920, in the Bronx, she was the eldest of the four children of Diego and Julia Fulvio. As a child and teenager, she often spent summers in Beacon with family and friends and in the late 1930s the family moved to the city.

Beatrice married Nicholas Donofrio on Nov. 4, 1944. (He died in 1999.) She worked at the Neighborhood Service Organization, Fishkill Health Related Center and Elant and was a volunteer there after her retirement.

She was also a member and leader of many organizations in Beacon and the surrounding area, including St. Rocco’s Ladies Auxiliary, Court Liberatta Catholic Daughters of America (CDA), the Junior CDA in Beacon, Court Queen of Peace CDA, the St. John’s Women’s Club and the Sons of Italy.

An avid Yankee fan, she spent her 90th birthday at Yankee Stadium.

She is survived by her children, Nicholas Donofrio (Anita), Gloria Hultz (Lawrence) and Elvira Capitano. She is also survived by her grandchildren Michael, Nicole, Andrea, Shannon, Erin and Kevin and her great-grandchildren, Edie, Lena, Maxl, Katja, Emmett, Elizabeth and Ryan.

A Mass of Christian Burial was held Nov. 15 at St. John the Evangelist Church in Beacon with burial following at St. Joachim Cemetery. Memorial donations may be made to St. Jude Children’s Research Hospital (stjude.org). 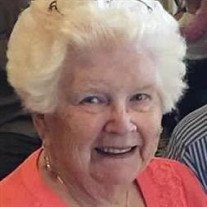 Dolores Forman, 87, a lifelong resident of Beacon, died Nov. 19, 2018, surrounded by her family, from complications due to Alzheimer’s disease.

Dolores was born May 15, 1931, the daughter of James and Helen (Flynn) Browne. She attended St. Joachim’s Elementary School, Mount St. Mary’s High School and the St. Francis School of Nursing in Poughkeepsie. She was a registered nurse and worked at St. Francis Hospital in Poughkeepsie in its obstetrics and gynecology department.

On Sept. 11, 1954, she married Thomas T. Forman Jr. at St. Joachim’s Church in Beacon. After a year in Hamilton, New York, the couple moved back to Beacon, where they lived for 56 years and raised eight children. In 1998 Tom and Dolores became snowbirds and began to live six months in Chandler, Arizona.

Dolores was a parishioner of St. Joachim-St. John’s in Beacon. She was a member of the Parish Council, Women’s Club and the Vicariate Council of Dutchess County representing St. John’s parish. Dolores was the first woman in the parish to become a Eucharistic minister and was also a CCD Teacher.

For years, Dolores and Tom and their family shared their home with many guests during the summer from the Fresh Air Fund, as well as a few boys from Belfast, Ireland. Dolores loved vacationing on Long Beach Island, New Jersey and she and Tom were co-owners of Sylvan Lake Beach Park in Hopewell Junction.

Dolores is survived by her brother, Gerald Browne (Cindy) of Fishkill and her sister, Kathleen Browne Carhart, of Poughkeepsie.

Linda was a teaching assistant for the Beacon City School District until her retirement last year. She was also president of the Teacher’s Assistant Association.

A Mass of Christian Burial was held Nov. 21 at St. Mary Mother of the Church in Fishkill. Memorial donations may be made to Mid Hudson Animal Aid (midhudsonanimalaid.org). 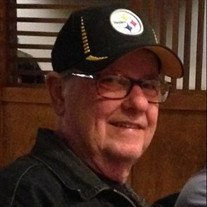 He retired from Craig Dental in Poughkeepsie as a dental technician. Ron loved Pittsburgh sports, including the Penguin and Pirates, but he was an avid Steelers fan.

Family and friends will gather on Saturday, Dec. 8, from 2 to 4 p.m. at Riverview Funeral Home by Halvey, 2 Beekman St., in Beacon. A memorial service will be held at the funeral home at 4 p.m., followed by military honors.

Memorial donations may be made to either Hudson Valley Hospice (hvhospice.org) or the American Society for the Prevention of Cruelty to Animals (aspca.org). 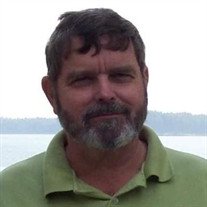 Fred was born Jan. 2, 1941 in Rome, New York, the son of John Winfield and Beatrice Jessie (Mayer) Willson. He served in the U.S. Coast Guard from 1959 to 1966. After working at IBM for 25 years, Fred started and operated his own electrical business, Colles Electric.

In the 1970s and 1980s, Fred was a member of the IAC Chapter 52 Aerobatic Club, flying Cap10s, Cessnas and the occasional Piper Cub. His other hobbies included genealogy, fossil hunting, watching the Discovery and History channels and tinkering with cars and electronics. Some of Fred’s and his family’s favorite memories were of their times vacationing in Maine near the Schoodic Peninsula.

In April 1970, he married Ruth Herbaugh. In addition to his wife, Fred is survived by his children, Colleen Willson, Leslie Morrell, Elizabeth Willson, Kathryn Fish, Rachel Reece and Earl Willson; his 11 grandchildren; a brother, Jonathan Willson; a sister, Deborah Priest; and a half-brother, Gilbert Willson.

A memorial service will be held on Saturday, Dec. 15, at 10 a.m. at Salem Tabernacle Church, 7 Delavan Ave., in Beacon, with military honors. Memorial donations may be directed to the Schoodic Institute at Acadia National Park (schoodicinstitute.org)