New York State Police arrested the ex-husband of a Beacon woman for allegedly stabbing her to death in Wappinger on Nov. 15.

Terrie Lee DeGelormo, 34, was pronounced dead at the scene at about 11 p.m. Her assailant had fled. The next day, police arrested Timothy Alexander, 32, of Poughkeepsie, who was charged with murder in the second degree.

“This was a heartbreaking tragedy, where a young mother lost her life due to domestic violence,” Capt. John Ryan of the State Police said in a statement.

Alexander was arraigned before the Town of Wappinger Court and remanded to the Dutchess County Jail without bail. Anyone with information on the killing can call the State Police at 845-677-7300. All calls can be kept confidential. 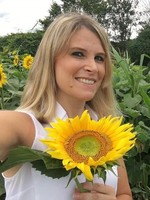 DeGelormo, a lifelong resident of Beacon who had recently moved to Wappingers Falls, was born Nov. 20, 1983, in Poughkeepsie, the daughter of George and Emma (Mandigo) DeGelormo, according to an obituary posted by the Libby Funeral Home in Beacon.

She was a 2002 graduate of Beacon High School and held a bachelor’s degree from SUNY New Paltz. DeGelormo worked in accounts payable at Dutchess Community College and enjoyed music and the outdoors.

She is survived by her 20-month-old son, Ryan DeGelormo; her mother, Emma Smith (Louis Jimenez); and her father. She is also survived by her siblings: George DeGelormo (Jess), Stanley Smith (Mary), Malorie DeGelormo and Ashley Corrado (Ron).

A service was held at Libby Funeral Home on Nov. 23. Memorial donations to be made to a scholarship fund established for her son at gofundme.com.

If you are a victim of domestic violence, contact the National Domestic Violence Hotline at 800-799-7233.