Growing up, painter Russ Ritell was a fan of page-turners such as Tales from the Arabian Nights and sci-fi fantasies, which gave him, he says, “vivid pictures in my head.”

The Cold Spring resident was also a fan of illustrators such as N. C. Wyeth and Dean Cornwell, which led to an appreciation for their antecedents: artists of the Italian Baroque and pre-Renaissance periods, Spanish painters and the Dutch masters of light. 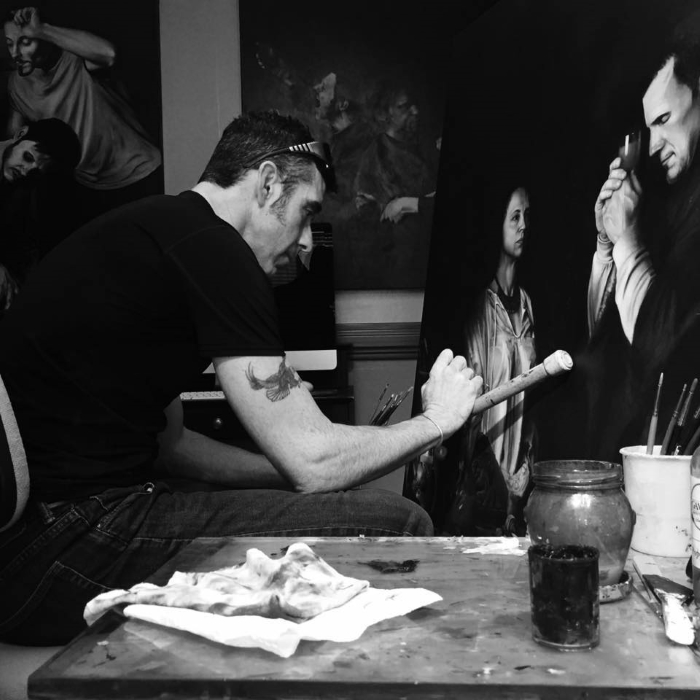 Most of all, he became fascinated by Caravaggio’s chiaroscuro shading and tenebrism, a style in which darkness is used as a spotlight.

Ritell says he enjoys contemporizing Caravaggio’s dramatic scenes. “He was a criminal on the run,” he explains. “A lot of his paintings were about violence, and religious violence. He depicted some gory stuff. When I was looking at his paintings, the ‘divine creative’ said to me: that looks like a tattoo scene.”

Ritell’s work will be part of a group show that he curated called Natural Selection at the bau Gallery in Beacon that opens on Second Saturday, Dec. 8, from 6 to 9 p.m. and continues through Jan. 6.

A self-described “slow-working” artist, Ritell completes three or four paintings a year in oil and layers. Taking his time means grappling with his perfectionism. 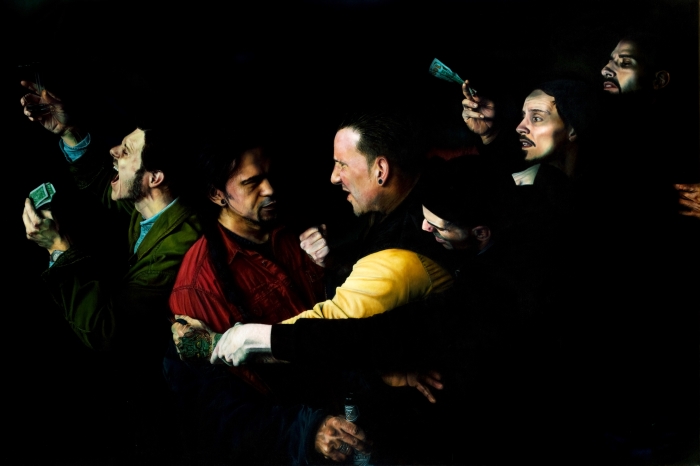 “I struggle with it,” he admits. “It can be disheartening at times. But all artists suffer; you just don’t always hear about their issues.” Ritell says he often seeks out artists whose work he admires and questions them about their process, including what brushes they use. “There are so many different approaches to a similar result,” he says.

Ritell works full-time in New York City as an animator, mostly on commercial projects. When he returns home, he says his energy is usually lagging until he sits down in his studio. “I’m up most nights until midnight, painting,” he says. “It’s easy to become resistant to the creative drive, but you have to make doing the right thing easy for yourself to fight it.” 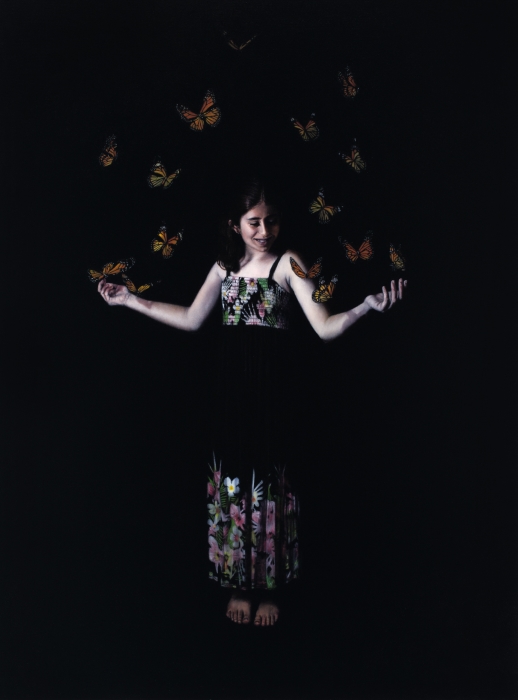 After sketching an idea, Ritell will organize a photo shoot with models. “Sometimes it takes many attempts to get what I want,” he says. He manipulates these reference images with Photoshop, then draws on a canvas. “It’s detailed drawing, with shading,” he explains. “I go over it with one color, and then underpaint other colors.”

He typically works on two or three paintings at a time. “One could still be conceptual, another will be in the drawing stage and another the painting,” he says. “Sometimes they catch up with one another.”

Ritell, who grew up in Westchester County, says there are no other artists in his immediate family. “I don’t know where it came from, but my parents fostered it, for which I’m very thankful,” he says. “I didn’t plan a career in it, but my high school art teacher told me: ‘You’re not going to study psychology, you’re going to get a portfolio together and go to the School of Visual Arts.’ And I did!” He also cites Cold Spring artist Carla Goldberg as someone who fosters his art.

Like many relatively new residents, Ritell came to know Cold Spring through hiking. “I’m inspired by this place every day: the leaves, the fog on the water,” he says. “It’s a great art town, too, and a great adventure town. Art, adventure, family [Ritell has two young daughters] and access to the city: it’s perfect.”