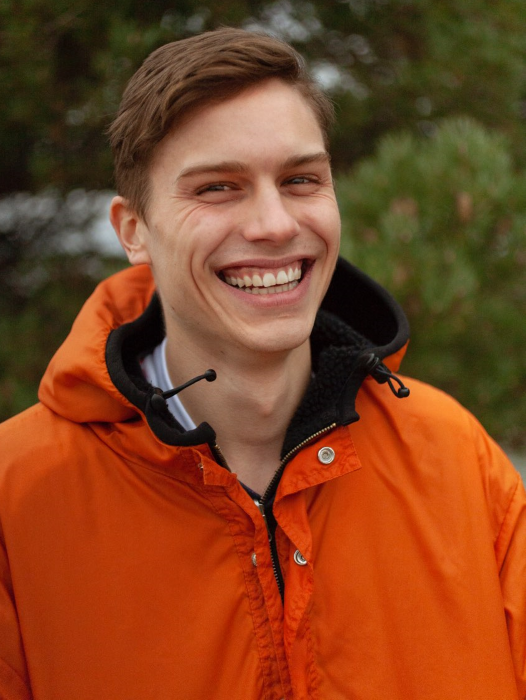 William Keaton Guthrie-Goss, 25, of Philadelphia, and formerly of Garrison, drowned on Nov. 29 while surfing in Fort Bragg, a city in northern California. A friend he was surfing with was rescued, according to news reports.

He was born Jan. 24, 1993, in New York City, the son of Joel Goss, of Beacon, and Cat Guthrie, of Garrison. Keaton grew up in Garrison, attending the Garrison School and the Master’s School in Dobbs Ferry (where he was voted “Most Loved by All”). In 2015 he graduated from Beloit College in Wisconsin, where he earned degrees in creative writing and classics. He enjoyed skateboarding, snowboarding and surfing and was skilled at marketing and social media.

“Keaton and I doing what we loved to do — having adventures in the sea!” his mother wrote in tribute on Facebook above a photo of the two of them holding surfboards at the beach. “I am so happy he went out with a blaze, doing what he loves.” His father added: “Keaton loved people, and people loved Keaton. Whether it was the tollbooth taker or the Uber driver, casual encounters could create lifelong friends.”

At Beloit, the school’s president, Scott Bierman, announced Keaton’s death to the campus on Dec. 1 and shared a message from Professor Donna Oliver, who remembered her former student as “kind, sweet, funny and smart.” She added: “The death of anyone so young is especially difficult to understand and accept; all of us who knew Keaton grieve the loss of a truly good soul.”

Besides his parents, Keaton is survived by his grandmother, Mary Ann Goss, and his girlfriend, Paige Tendler. A celebration of life for family and close friends will be held at The Garrison, 2015 Route 9, from 2 to 6 p.m. on Sunday, Dec. 16. Carpooling is suggested. Memorial donations may be made to Beloit College (beloit.edu/giving) or the Fresh Air Fund (freshair.org/support-us).