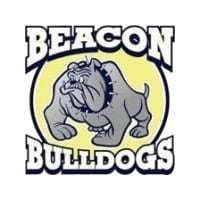 The Beacon High School team is coming off a season where the Bulldogs finished 5–16 and lost in the first round of playoffs to Walter Panas. The returning squad has experience, with four starters from last season: juniors Grace Affeldt, Enita Rodriguez and Skyler Kurtz, and sophomore Dior Gillins.

Nevertheless, the Bulldogs struggled last week, losing their first two games. On Nov. 29, the team fell at Brewster, 45-18, and on Tuesday (Dec. 4), it dropped a 38-14 decision to Pearl River.

“Both teams pressed us the entire game,” said Coach Christina Dahl, who is in her 16th season. “We have trouble finishing. We get shots, but the ball doesn’t go in, and we have way too many turnovers. Our focal point has been trying to limit the turnovers, get better shots, and improve our confidence and focus.”

Affeldt, Rodriguez and Kurtz are the captains. “All three can be shooters,” the coach said. “They are the most confident players we have on the court.”

“We’ve been struggling offensively but playing well defensively,” Dahl said. “The focus is always on defensive intensity. As we practice and play, we’ll gain more confidence, and that will help us on offense.”

Still, Dahl believes the Bulldogs can reach the playoffs again. “We can compete in the league and get into the sectionals,” she predicted. Beacon is scheduled to play in a tournament on Saturday, Dec. 8, at Walter Panas. 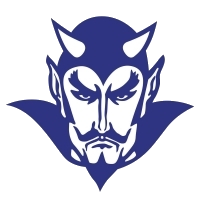 Despite losing its All-Section talent from last year’s 12–11 team, the defending Section 1 champion Haldane team, as is typical, has other talent in the wings. The Blue Devils have won the last five Section 1, Class C titles.

Haldane will miss center Allison Chiera and forward Abbey Stowell, who graduated, but returns a pair of experienced starters in guard Olivia McDermott and forward Bela Monteleone, as well as senior guard/forward Julia Rotando, who missed last year with an injury. She is the team’s captain.

“We have a fairly young team,” said Coach Tyrone Searight, in his 11th year. “Hopefully we’ll start playing hard and aggressive and by February we’ll be going on all cylinders and can take care of the section. But we need to rebound better. We play good defense, and we can shoot. Hopefully we improve with each game.”

The Blue Devils opened their season Tuesday at home, falling 50–39 to Pleasantville, which built a large lead in the first quarter before Haldane awoke to make it competitive. McDermott finished with 11 points, Monteleone had nine and Viggiano, seven.

“It was our first game, they were a little nervous, and that created a lot of turnovers,” Searight said. “At points we played well; we just couldn’t get over the hump. We dug ourselves a big hole in the first quarter.

“We’re trying to find individuals who can give us some scoring,” he added. “We saw some good defense, and we shared the ball, but we made mistakes due to inexperience.”