From time to time, Nelsonville’s Luz Mejia Bailey returns to her native Dominican Republic, which she left at age 10, to enjoy the ocean and catch up with family and friends. On her most recent visit, in November, she spent a week doing something she loves just as much: performing root canals. 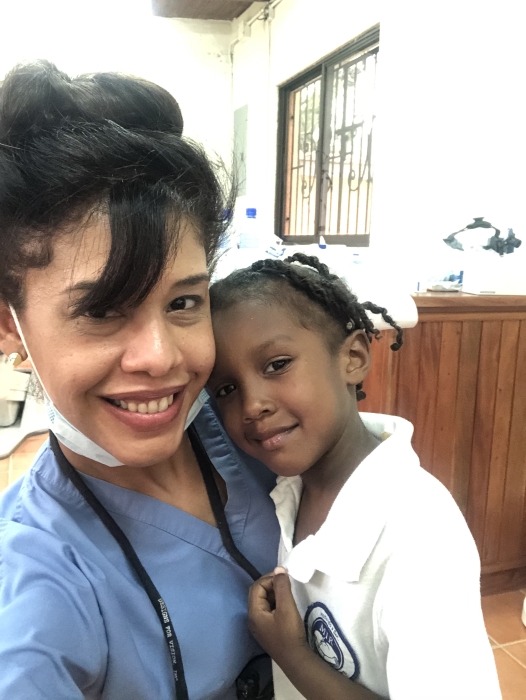 Bailey in the Dominican Republic with a patient (Photo provided)

Bailey, who is an endodontist (she specializes in dental pulp and the tissues surrounding the roots of the tooth), was taking part in The World of Smiles, a nonprofit program run by Dr. Yakir Arteaga, a friend and fellow graduate of the New York University College of Dentistry. It brings teams of dentists, dental assistants and dental school residents to low-income areas to treat children and teenagers at no charge.

Its primary mission is to serve the 1,700 children who attend three schools in La Romana run by an organization called Fundacion MIR. The students are from the poorest neighborhoods in the nearby barrios and batayes (sugar worker camps), explains Bailey, although the dentists also see family members and teachers, residents of an orphanage and patients from the La Romana Family Clinic.

This was Bailey’s second service trip to the country. Her first was in the early 2000s while she was doing postgraduate work. “It was in a very rustic area, and some of the people we saw had never been to a dentist before,” she recalls. “Of course, I wanted to come again.”

Last month, Bailey worked with two dentists and an oral surgeon as well as a third dentist who headed a team of six students from the Stony Brook School of Dental Medicine. (A Dominican dentist who visits regularly provides follow-up care.) 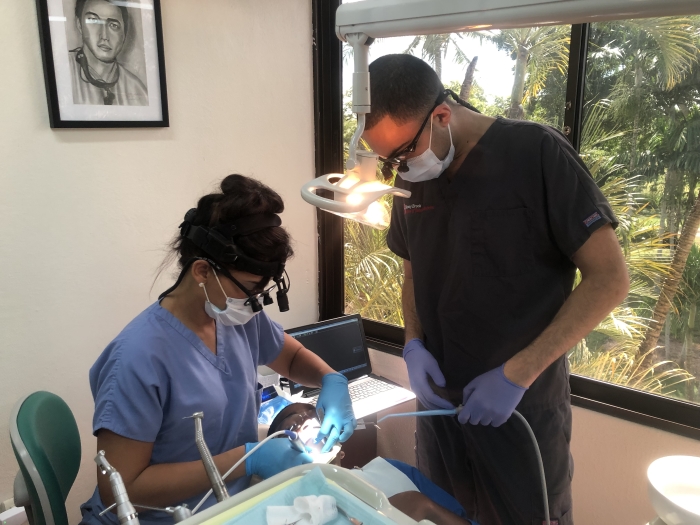 Bailey, assisted by a Stony Brook student, at the clinic

The team arrived on a Sunday to set up. “There is so much stuff you need,” says Bailey. “We created a triage area, where we took the radiographs and planned and discussed the treatment and outcome of each case.”

The clinic opened at 9 a.m. each day that week. After an exam, children were scheduled for a restoration, root canal or extraction. “As soon as you walked into the clinic you saw the neat row of smiling young faces,” Bailey says. “I have never seen kids so happy and excited to get dental work done. The patients would never complain, because they were so happy to get out of pain, so grateful.”

Bailey performed the root canals, after which the Stony Brook students, under supervision, restored the patients’ teeth. She says the teamwork was one of her favorite aspects of the trip. “We would take turns sterilizing the dental instruments, cleaning the chairs, suctioning, getting instruments and simply holding the patients’ hands” for support, she says. The doctors also entertained the children by making balloons from surgical gloves. 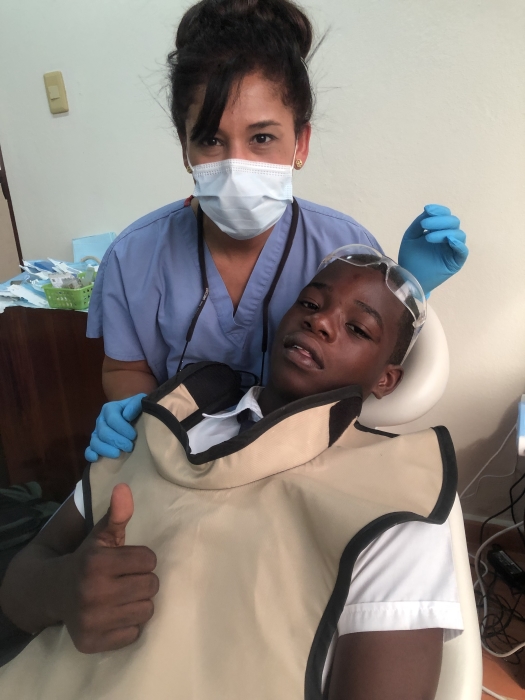 Bailey with a patient

When Bailey moved as a child with her family to New York City, she picked up English quickly (while working hard to retain her accent as a tribute to her heritage) and later earned a full scholarship to Manhattan College, where she studied biology. She was considering medical school but while interning at a hospital found the deaths of patients too emotionally difficult.

Someone suggested dentistry. She spent six years at NYU, the last two focused on endodontics. “I always wanted to do endo because it was challenging, tough and male-dominated, which I wanted to break,” she says. “I was the first Dominican person ever to get into the program. I watched and learned: root canals, prosthetics, the operating room. You’re always on call and it requires total focus. First you work on the bicuspids, then the molars — they’re more difficult.”

Luz met the man who became her husband, Scott Bailey, at NYU, when she was a senior and he was a freshman after he switched careers from teaching. (Scott has a general practice on Route 9.) She says they didn’t connect romantically until after she returned for post-grad but were a couple by their second date. 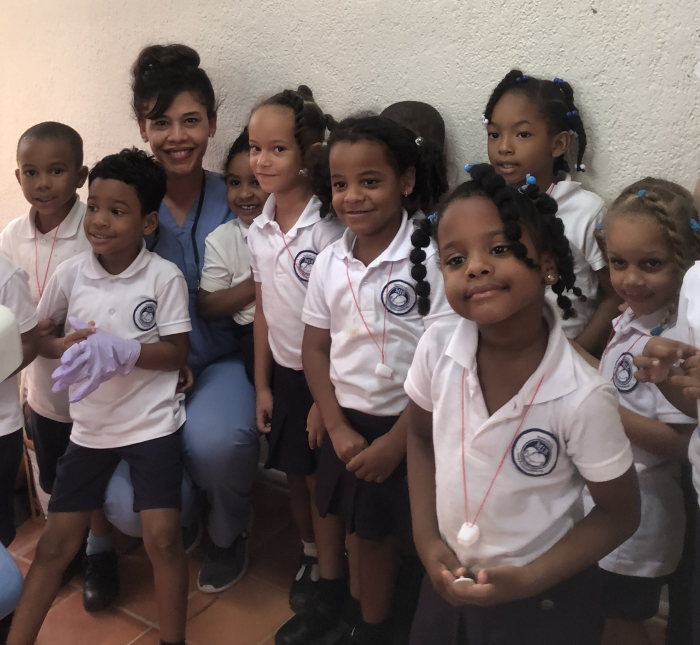 Bailey with some of the children who received dental services during the weeklong clinic.

After landing her first job in New York City, Luz joined Assogna Endodontics in Poughkeepsie in 2003 and has been there since. Around the same time, Scott joined a practice in Middletown. Soon they began looking for a place between their jobs and the city and settled on Philipstown. The couple’s three sons, ages 8, 10 and 12, have grown up here.

Bailey says she plans to do more outreach. “It’s an amazing experience to provide these underprivileged kids with oral dental health and be able to follow them through adulthood” on return trips, she says. “It meant a lot to me to give back to my home with the skills and knowledge I now have. Just hearing one girl say ‘I want to do what you do’ was completely inspirational.”