Cupoccino, at 92 Main, served its last cup of coffee on Friday, Nov. 30. John and Jesse Arguello, who opened the shop in 2009, had sought a long-term lease from Rivertown Holdings, which purchased the building in 2017.

But Craig Roffman, a Philipstown resident who is a principal in the holding company, said in an email that “the decision was mutual between Cupoccino and Rivertown Holdings” for the shop to leave and that the future of the building, including a second-floor apartment, is “under discussion.” 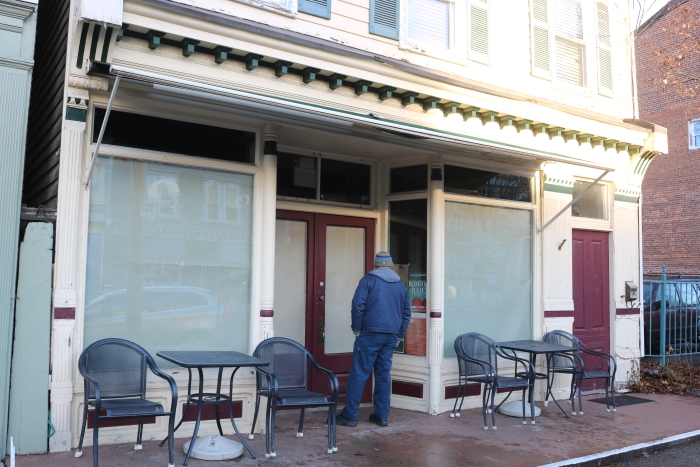 The Cupoccino Cafe, which lost its lease, closed on Nov. 30. (Photo by M. Turton)

Jesse Arguello declined to comment on the negotiations. In a message posted on Cupoccino’s Facebook page addressed to friends, family and customers, the Arguellos said the closing was bittersweet.

“We are very sad to leave and will miss all of you but are thinking positive and looking forward to a new adventure and more time with our children, family and friends,” they wrote. “Cold Spring/Philipstown is an amazing community. We will never forget when John was diagnosed with cancer how you all as a community rallied to support us with love, support, prayer and generous donations. With tears in our eyes we say goodbye for now, and wish you all great health and fortune.” 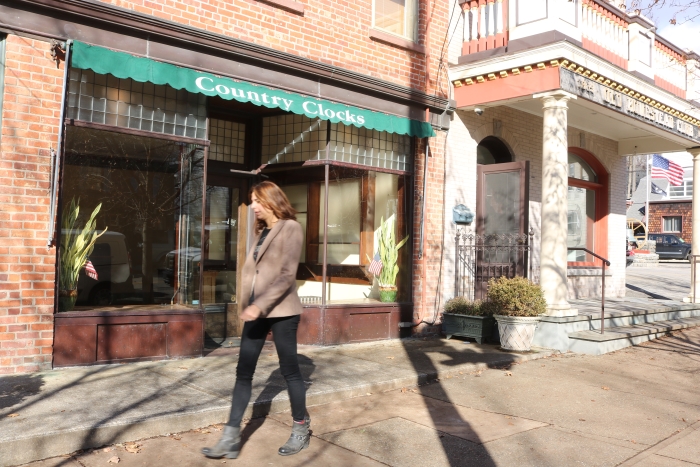 At Country Clocks at 142 Main St., which opened 26 years ago, Howard Broad sold and repaired antique timepieces. When interviewed by The Current in 2011, the Garrison resident said a 17th-century English lantern clock was the oldest in his collection but he declined to name a favorite. “It’s like saying, ‘Who’s your favorite child?’ ” he said. “There’s something about each one. They’re all different. They each have a certain character.”

Broad, who is 65, suffers from Alzheimer’s disease, his spouse, Winfried Dohle, told The Current.